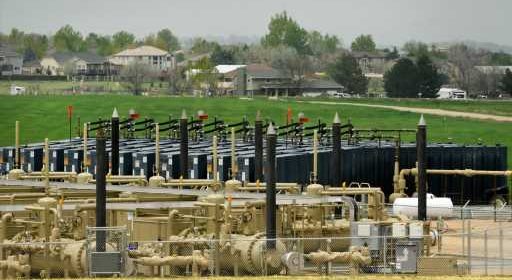 Proposed reforms meant to ensure taxpayers don’t get stuck paying to clean up oil and gas sites could actually leave the public open to eventually covering billions of dollars in costs, environmentalists and local governments contend.

The Colorado Oil and Gas Conservation Commission, which regulates the industry, is considering new rules to make sure companies have the money to properly close wells, remove equipment and clean up the site. But the latest draft of the rules is a big step backward, local elected officials, community and environmental activists told the commission in recent hearings.

A third version of the proposals is due out Dec. 7, with hearings scheduled in January and February. At the heart of the proposals is making sure companies have the money to close and clean up wells or that there are funds to cover the costs if a company goes bankrupt or walks away without doing the work.

An update of what the commission calls financial assurances from oil and gas companies is mandated by Senate Bill 181, a 2019 law that directed an overhaul of the state’s rules and prioritized public health and environment when regulating the industry.

Critics say revisions by the COGCC staff to earlier proposals don’t comply with SB 181’s directive that every operator provide assurance that it’s financially capable of meeting all its obligations under the law.

“In a nutshell, with the newest draft, they’ve really reverted to the same unlawful practices that got them into trouble in the first place,” said Mike Freeman, an attorney with Earthjustice, who is representing environmental and community groups before the commission.

Freeman pointed to a proposal to maintain the current practice of allowing companies to put up a so-called “blanket bond.” Operators have been able to post a $100,000 bond to cover all their wells statewide, an amount critics say likely wouldn’t cover the cost of shutting down even one well.

Environmental and community groups and some local governments support requiring bonds for every single well to cover the full cleanup costs. Alternatives, they suggested, are individual bonds for new wells and those transferred to other companies.

During the Nov. 9 COGCC hearing, Boulder County Commissioner Matt Jones said he sponsored bills when he was a state senator to address financial guarantees for oil and gas companies and discovered the rules “are a hot mess.” He was among the local elected officials who urged state officials to strengthen the proposed rules.

“An operator can meet all the bonding and operating requirements and still manage to avoid spending what it costs to properly plug and remediate wells,” Jones said. “The marginal operators can and do use this current rule as a business strategy to squeeze even more profit from wells while avoiding responsibility for the costs and harms”

The proposed rules would significantly increase the blanket bonds. But speakers during recent hearings said there still wouldn’t not be enough money if a company has hundreds or thousands of wells.

Wells and oil and gas sites whose owners can’t be found or are left without being properly shut down and reclaimed are called “orphans” by the state. The current backlog is 254 orphan wells and 547 orphan well sites.

Although Colorado has a low number of orphan wells compared to other states, environmental and community groups point to the huge number of what some call “zombie wells.” Those are wells that produce little or no oil or gas and whose owners might not have the money to plug, or close, them.

A report by Carbon Tracker, a London-based nonprofit that analyzes financial issues around climate change and fossil fuels, said Colorado’s liability for its roughly 50,000 active wells could be at least $7 billion. The group puts the price tag at $280 billion nationwide, saying bonds posted by the industry cover just 1% of the estimated costs.

“We’re not asserting that the state is going to pay to plug all of these wells. Many of these wells are certainly going to be plugged by the operators. The question is how many,” said Rob Schuwerk, executive director of Carbon Tracker North America.

The point was to show the potential liability and that states aren’t doing enough to ensure taxpayers don’t wind up paying the bill, Schuwerk said.

So far, Colorado taxpayers haven’t paid, according to the COGCC. A mill levy on oil and gas companies and revenue from penalties on operators help finance a program to cover the shutdown and cleanup costs for orphan wells and sites.

The proposed rules on financial assurances would increase the money in the orphan well program to $10 million from $5 million from an annual, per-well registration fee.

“There is no orphan well emergency. According to COGCC statistics, fewer than 1% of Colorado wells have been orphaned,” said Dave Neslin, a lawyer who represents PDC Energy, Occidental Petroleum and Noble Energy, acquired by Chevron Corp. in 2020.

There is also no pending orphan well crisis, Neslin, a former director of the COGCC, said in a recent hearing.

Neslin and attorney Matt Lepore, another former COGCC director who also represents the three major oil and gas companies, noted the industry has plugged and cleaned up a total of 8,473 wells from 2017 to 2020. They said in a statement that their clients accounted for 6,163 of those wells.

Neslin and Lepore said they agree the financial requirements should be updated, but don’t support imposing a bond for each well.

The problem is that “we’ve got a lot of really low-producing oil and gas wells in the state of Colorado,” said Matt Sura, an attorney who represents environmental groups and local governments.

Data from the COGCC and analyzed by WildEarth Guardians, an environmental group, showed that 9,585, or 20% of the state’s wells produced nothing in 2020, Sura said. Another 17,284, or 33%, produced less than the equivalent of 1 barrel of oil a day.

The fear is that financial pressures could drive the companies into bankruptcy and turn the wells into orphans, Sura said.

Jackson County resident Barbara Vasquez said her area is home to a large field of stripper wells, which produce the equivalent of fewer than 15 barrels a day. She said the revisions to the draft financial rules seem to be giving more protection to small operators and less to public health, the environment and taxpayer dollars.

The proposed exemption of state financial requirements for wells on federal lands would violate the law, said Tom Delehanty, representing the Sierra Club, Earthworks and the League of Oil and Gas Impacted Coloradans. He noted the state issues drilling permits for federal lands.

Susan Noble told oil and gas commissioners in a Nov. 9 hearing that they should follow Commerce City’s lead and require a $95,000 per-well cash bond and not allow any blanket bonds.

“We’re no longer in the era of I’m a little teapot pump jacks bobbing on the horizon. We’re looking at industrial-strength sites with a number of facilities above ground and among residential areas,” said Noble, a member of the Commerce City Council.