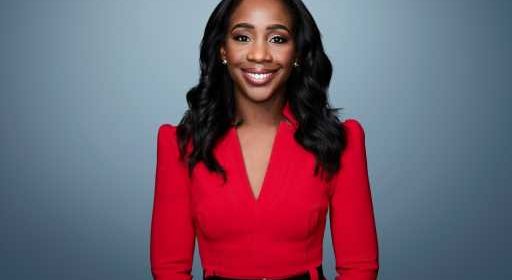 EXCLUSIVE: Abby Phillip, CNN’s senior political correspondent and anchor of Inside Politics Sunday, an hourlong program focused on the week’s most important political storylines, has signed with UTA. The agency will represent her across news and broadcasting, culture and commerce, scripted and unscripted television, podcasting, publishing, speaking engagements, the UTA Foundation and more.

Phillip, one of the network’s most prominent rising stars, plays a key role in CNN’s special coverage of high-profile political events which have included election nights, State of the Union Addresses and the January 6th Committee hearing. She anchored special coverage of the 2020 Presidential Election Night in America, which lasted several days, and served as a presidential debate moderator for the January 2020 Democratic debate in Iowa. In January 2021, she hosted the CNN Special Report documentary Kamala Harris: Making History, which focused on the Vice President’s groundbreaking career and the childhood experiences that helped shape her modern approach to politics.

Most recently, Phillip became a consultant on Warner Bros. TV’s upcoming HBO Max series The Girls On The Bus, which focuses on women political reporters on a presidential campaign trail.

“Abby is a singular talent. She is a respected journalist who has expertly covered one of the most pivotal periods in our nation’s history with remarkable grace and unwavering tenacity, and she is a creative storyteller with a passion to find new and unexpected ways to help audiences better understand the ever-evolving world around them,” said Darnell Strom, UTA Partner and Head of Culture & Commerce. “We could not be more honored and excited to partner with her in her mission to inform and inspire audiences through her unique lens.”

Phillip joined CNN in 2017 to cover the Trump Administration and served as White House Correspondent through 2019. Prior to CNN, she worked for The Washington Post as a White House correspondent, 2016 campaign reporter and general assignment reporter. She previously served as a digital reporter for politics at ABC News. She has also covered the Obama White House, campaign finance and lobbying for Politico.

Phillip was named to the Time 100 Next list in 2021, profiling emerging leaders from around the world. Additionally, she is a recipient of the National Urban League’s Women of Power award, celebrating impactful women of color.

She graduated from Harvard University with a degree in Government.

‘All The Beauty And The Bloodshed’ Takes Golden Lion; Acting Nods For Blanchett & Farrell

‘Rings Of Power’ Aftershow ‘Inside The Ring’ Episode 3: Settling The Score; Welcome To Númenor