BrewDog has protested Trump's decision to pull the US out of the Paris Agreement.

(CNN)An offer of free beer to supporters of President Donald Trump has sparked an international brouhaha.

Scottish craft brewery BrewDog canceled a series of planned events with US brewery Scofflaw in the United Kingdom after a statement issued on behalf of the American company promised free beer to supporters of Trump. The events were planned at BrewDog bars across the UK this weekend. 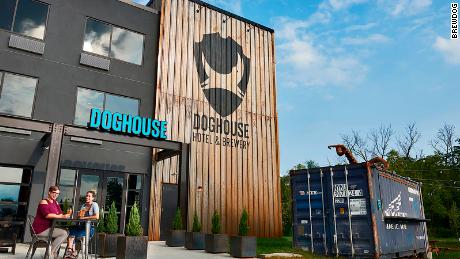 The statement Thursday said Scofflaw would get UK drinkers “beered up redneck style completely free of charge,” before adding, “you have to be a Trump supporter,” according to The Scotsman newspaper.

BrewDog, a brewery and bar chain that’s renowned for its punk rock attitude and liberal politics, responded to online criticism of the promotion by canceling the events.

“The Scofflaw release was announced without our knowledge or consent,” BrewDog said on Twitter on Thursday. “We are in no way aligned with their position and we will of course be cancelling all the events and sending all of the beer back. We care about beer and people. Not hate.”

The brewery’s founders are vocal critics of Trump, having produced beer called “Make Earth Great Again” to protest the President’s 2017 decision to pull out of the Paris Agreement on climate change. In 2017, BrewDog announced plans to open a temporary bar on the US-Mexico border, featuring the words “Make Beer Not Walls.” 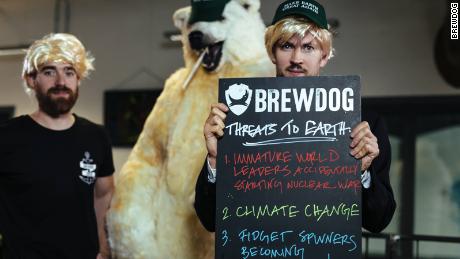 Responding to the fallout, Atlanta-based Scofflaw released a statement saying the promotion was issued without its approval by Frank, a UK agency hired to promote its products in the region, and that it was “outraged” at the “misrepresentation.”
“Scofflaw Brewing Co. is appalled by the inaccurate posts released yesterday morning by a UK agency that Scofflaw hired to promote its UK tour,” the US brewer said in the statement Friday. “Those posts were released without Scofflaw’s knowledge or approval.”
Brewery owner Matt Shirah said in the statement, “While we definitely have country roots, no one at Scofflaw Brewing or those associated with our brand, is now or has ever been, rooted in hate. We do not tolerate hate — that’s just idiotic.”
Frank on Friday acknowledged the mistake, writing on Twitter: “We apologise to Scofflaw, BrewDog and anyone that may have been offended by these actions.”
The employee who released information about the Trump promotion was suspended pending an investigation, Frank said.
Meanwhile, BrewDog has announced a new promotion to keep up spirits.

We care about people and beer – not hate.

If you do too, we have a beer for you.

Tell the crew in any UK BrewDog Bar, Berlin Mitte or BrewDog Brussels that you support love, not hate, and they will pour you a free Headliner pint. Today until close.https://t.co/AkF9g6tJJk pic.twitter.com/TOoy20Rvvc

The brewery, based in Ellon, just north of Aberdeen, will offer “free beers for people who stand for hope, not hate.”
Any patron who proclaims to be “a lover not a hater” to bar staff this weekend at select BrewDog bars will receive a free pint, BrewDog said in a statement.

“Collaboration and inclusivity are at the heart of what we do — which we felt (and still do) stands in direct contrast with the views of the Trump administration’s plans to build a wall,.” BrewDog said. “That’s why we’d never offer a discount to those supporting Trump.”
“We will continue to care about people, and beer — not hate.”
Source: Read Full Article