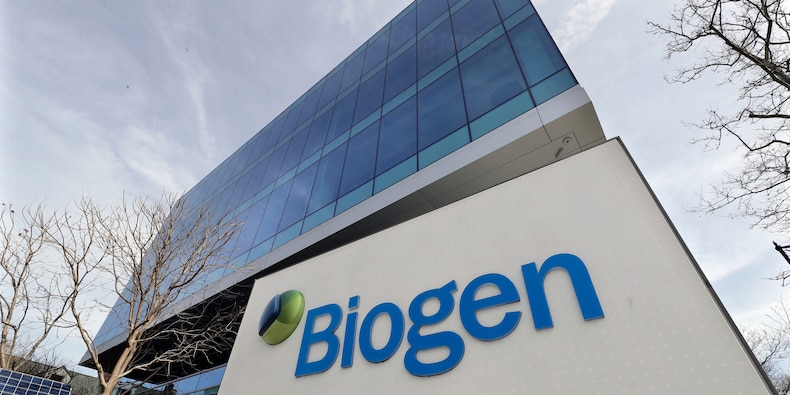 Shares of Biogen soared as much as 64% to their highest since 2015 on Monday after the US Food and Drug Administration approved the company's treatment for Alzheimer's disease.

The approval marks the first new drug for Alzheimer's in 18 years – and the first treatment cleared by American regulators to slow cognitive decline in people with Alzheimer's.

The drug, called aduhelm, is engineered to break down the sticky plaque that builds up in the brains of people with Alzheimer's. It was previously known as aducanumab.

The success of the Cambridge, Massachusetts-based biotechnology company came after an FDA advisory committee in November reported that Biogen's tests had failed to show that the drug effectively treated Alzheimer's. Two late-stage trials were also shut down.

"There has been considerable public debate on whether Aduhelm should be approved," Dr. Patrizia Cavazzoni,director of the FDA's Center for Drug Evaluation and Research, said in a statement Monday.

But she continued: "The agency concluded that the benefits of Aduhelm for patients with Alzheimer's disease outweighed the risks of the therapy."

Until now, patients have had no treatment options for Alzheimer's, company CEO Michel Vounatsos said in a statement.

Read more: Scientists are coming around to a surprising new understanding of Alzheimer's disease, and it could supercharge drug development for the $1.1 trillion problem