Biden's first 100 days are a big break with the Reagan legacy. He says jobs and families need an active state.

When he first stepped into the national spotlight, Joe Biden made a big gamble seeking to sweep aside the legacy of a Republican president who came to power pledging to diminish the reach of the federal government.

President Ronald Reagan was nearly done putting his imprint on national politics in the fall of 1987. He had declared government to be “terrifying,” and resisted social safety net expansions. There was little appetite among voters for a major tax increase once Reagan slashed them for individuals and companies across the board.

So the 45-year-old Delaware senator built a centrist presidential campaign emphasizing community. During a New Hampshire rally, Biden advocated to keep government mostly on the sidelines, saying it would “only solve part of the problem.”

“I’m saying the government must be the catalyst to get America moving again, a fundamental difference,” he said at the time.

More than three decades later and 100 days into his presidency, Biden sits in the White House with an entirely different prescription for how to get the nation on the move again. Embracing FDR-level ambition, he’s pitching a $4 trillion spending program to overhaul the economy, attack longstanding racial and economic inequalities head-on and create jobs — all by marshaling the federal government’s resources and casting it in a more muscular role.

“Covid has now created a stormwave of support for government,” Frank said. “We have the opportunity now thanks to Covid to show we can do things through government that will make people’s lives better. If it works, and I do believe it will, that’s a sea change.”

The twin economic and health crises stemming from the pandemic has lasted over a year. There are fresh signs the economic situation is improving: Unemployment is falling and household incomes are rising, due to massive stimulus programs started under former President Donald Trump and continued under Biden in a $1.9 trillion package approved in March.

Yet millions of Americans, particularly women and Black people, are still out of work and risk getting left behind in the recovery. The president is proposing to ramp up spending on education, childcare, and healthcare, paid for with tax hikes on the richest Americans and multinational corporations.

It’s geared to produce distinct improvements in people’s daily lives, such as affordable childcare, access to paid family and medical leave, tuition-free community college, and faster internet speeds. The federal expansion the president seeks is on par with the “Great Society” programs put in place under Lyndon Johnson.

The extraordinary circumstances is giving Biden a shot at reversing a decades-long trend of the federal government turning over major tasks to states and the private sector dating back to Reagan — and he’s being explicit about his goals.

“Trickle-down economics has never worked,” Biden said on Wednesday during his first joint address to Congress. “It’s time to grow the economy from the bottom up and middle-out.”

“We have to prove democracy still works, that our government still works and we can deliver for our people,” he said. 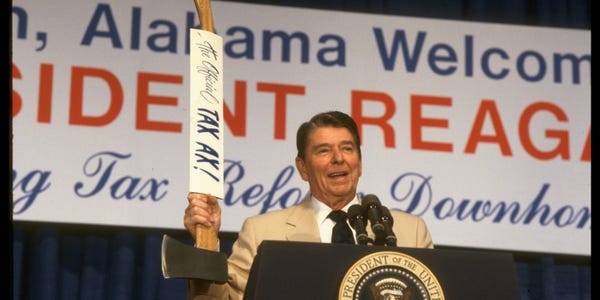 “President Biden clearly believes that America has failed to invest in itself for a very long time. He’s determined to reverse that and do that not incrementally, but rapidly,” William Galston, a governance expert at the Brookings Institute, told Insider. “That’s why the sums of money being proposed are so large.”

Combining the US’s total expenditures on cash benefits, tax breaks, and services for families as a share of the economy, it’s third-last among countries tracked by the Organization of Cooperation and Economic Development, ahead of only Mexico and Turkey, Slate reported.

“Women, people of color, and lower-wage workers have been left behind by current policies,” said Vicki Shabo, a paid leave expert at the New America Foundation.

Biden wields paper-thin majorities in Congress, especially in the evenly-divided Senate. But multiple polls indicate high approval numbers for the president’s physical infrastructure plan. None has been conducted yet for the one centered on families and women.

Including the recent stimulus law, they would amount to nearly $6 trillion in government spending to level the economic playing field over a year. But Biden’s agenda doesn’t come without risks.

The onus would be on the federal government to prevent mismanagement in colossal initiatives. Some Wall Street analysts and economists also say the staggering spending could trigger runaway inflation, though most say it poses a minimal risk for the time being.

Republicans are showing no appetite to support any big spending initiatives, though Trump threw aside GOP concerns about it. Sen. Tim Scott (R-SC) assailed the Biden plans as “big-government waste.”

“Our best future won’t come from Washington schemes or socialist dreams. It will come from you, the American people,” he said during in the GOP’s official response to Biden’s address.

The president has said he’s willing to negotiate with Republicans, but critics don’t believe he will make major concessions to secure their votes. “What Biden is doing is not bipartisanship as much as salesmanship,” said Brian Riedl, a budget expert at the right-leaning Manhattan Institute. “He’s just trying to sell a plan that was written in a partisan fashion and its not going to be amended to be palatable to Republicans.”

Under Trump, Congress approved a handful of pandemic rescue packages that totaled $3 trillion as well. They helped accelerate the distribution of vaccines and provided cash for Americans to pay rent, buy groceries, and stay home.

That type of robust federal action wasn’t always possible. Frank brought up the famous anti-government statements from not just Reagan but from former Democratic President Bill Clinton who declared “the era of big government is over” in the 1990s.

Those types of statements “really constrained liberal Democrats like me from getting the votes we needed,” he said.

Galston said recent Democratic presidents, Clinton and Barack Obama, didn’t embark on major domestic spending initiatives and that “fiscal restraint was very much in the air” while he was a top policy official in the Clinton administration.

“We were impressed with the political and apparent economic success of Reagan and Thatcher, so Democrats basically doubled down on the notion of [economic] growth,” Frank said, referring to British Prime Minister Margaret Thatcher.

For Democrats, an influential strain of thought on growing the economy and ensuring prosperity for many years was tied to reducing regulations on businesses and investors, along with keeping the deficit low — on the latter measure, Clinton left George W. Bush a budget surplus, and Obama cut it in half over two terms.

Other experts outside the Democratic Party argue that’s no longer the case. Francis Fukuyama, the political scientist famed for summing up the US’s triumph in the Cold War with his “end of history” thesis, is among them.

“There is no doubt the Reagan-era hostility to government and the Democratic party’s bias towards fiscal conservatism are dead,” Fukuyama told the Financial Times after Biden’s address. “But arguably the pandemic did more to kill them than the election.”

Biden is breaking from Obama and Clinton-era policies 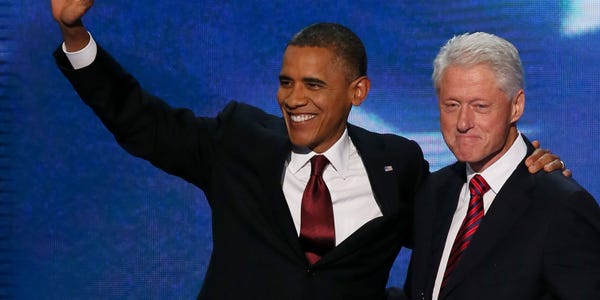 Biden’s calls for bold action in the wake of the pandemic is a sharp departure from recent Democratic predecessors.

Obama approved a $800 billion stimulus plan shortly after the 2008 financial crisis, kept under $1 trillion to draw some GOP backing. Many Democrats and experts now say it was insufficient to address the wreckage and resulted in a slower recovery.

Obama enacted his signature health law known as the Affordable Care Act and took steps on financial reform, but Biden is going much further. “What Biden’s doing is a break with the past two Democratic presidents. One of the reasons he’s doing this is the belief these decades of restrained domestic spending has inflicted real damage on America’s economy and society,” Galston said.

Biden quickly rejected Republican efforts to cut the stimulus law’s scope and size, which distributed $1,400 direct payments to most Americans along with other health and tax benefits.

“Instead of going too small or having the deficit and debt be the overriding concern, the Biden team decided to go at the appropriate level and aggressively look to bring down unemployment with a level previously unmatched in decades,” Mike Konczal, director of progressive thought at the left-leaning Roosevelt Institute, said in an interview.

“It feels like a totally different world,” he added.

Progressives like Sen. Bernie Sanders (I-VT) are pressing for actions beyond what Biden has proposed, setting the stage for a potential clash ahead. “We must raise the minimum wage to $15, provide health care for all, lower prescription drug costs, forgive student debt and demand the wealthy and large corporations pay their fair share of taxes,” he wrote on Twitter.

Biden’s plans amount to a massive gamble that Democratic efforts to double down on government redistribution of wealth and resources won’t trigger a backlash. Elise Gould, economist at the left-leaning Economic Policy Institute, said the pandemic revealed “a tale of two economies,” starting with the substantially higher infection and death rates of Black, Latino, and Asian people in the US compared with Whites.