At Saks Fifth Avenue, the Playbook for the Split Up 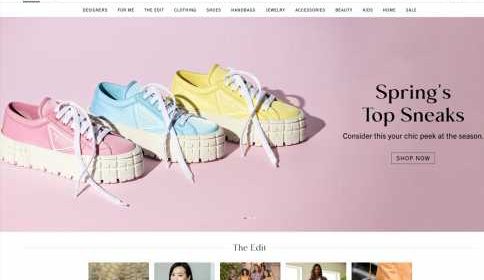 It’s early days in the reengineered Saks Fifth Avenue into two separate companies — saks.com and the Saks stores — but not too soon for a progress report.

All the i’s are dotted and t’s crossed, both the e-commerce and stores performed well last quarter despite disruptions from the pandemic and the work involved in the restructuring, and there’s greater financial wherewithal for growth, according to Marc Metrick, who since March when the split up was revealed has been chief executive officer of the e-commerce operation, known simply as Saks. Previously he was president and CEO of both Saks’ e-commerce and brick-and-mortar stores. Larry Bruce, formerly director of stores, has become president of the Saks stores company, now called SFA.

“The stores are up mid-single digits versus 2019. With overall sales, the Saks business is performing very strongly right now,” Metrick told WWD last week in an interview.

Metrick’s message is that saks.com can get bigger and more profitable faster and serve a larger audience now as a stand-alone company with new financing. As reported, Insight Partners, a venture capital and private equity firm, made a $500 million minority equity investment in saks.com, valuing it at $2 billion, and saks.com closed on a syndicated $350 million, asset-based five-year revolving credit facility arranged by Bank of America and a $115 million senior secured term loan arranged by Pathlight Capital LP, which is the sole debt on the books.

“The luxury e-commerce market is poised for exponential growth and we have a significant opportunity as a stand-alone company. It’s about really getting faster with customer acquisition and gaining market share, and we’ll do that through increased marketing, a much better customer experience on the website and an expanded assortment,” which includes testing a marketplace on the saks.com platform, Metrick said.

When HBC revealed plans to split saks.com and the Saks Fifth Avenue stores, the rationale was clear but some of the nuts and bolts on how the businesses would each operate and share services and interact with shoppers weren’t as obvious. Some saw the split as overly complicated, involving a great deal of administrative detail, and a sign that HBC saw a big future in the dot-com side of the business while having diminished expectations for the stores.

Within the industry, there’s been a difference of opinion as to whether the reengineering would benefit the Saks Fifth Avenue brand overall, lead to better experiences for shoppers and position saks.com for an initial public offering, which is a real possibility in the wake of successful IPOs by the Mytheresa.com and Farfetch luxury websites, competitors to Saks. 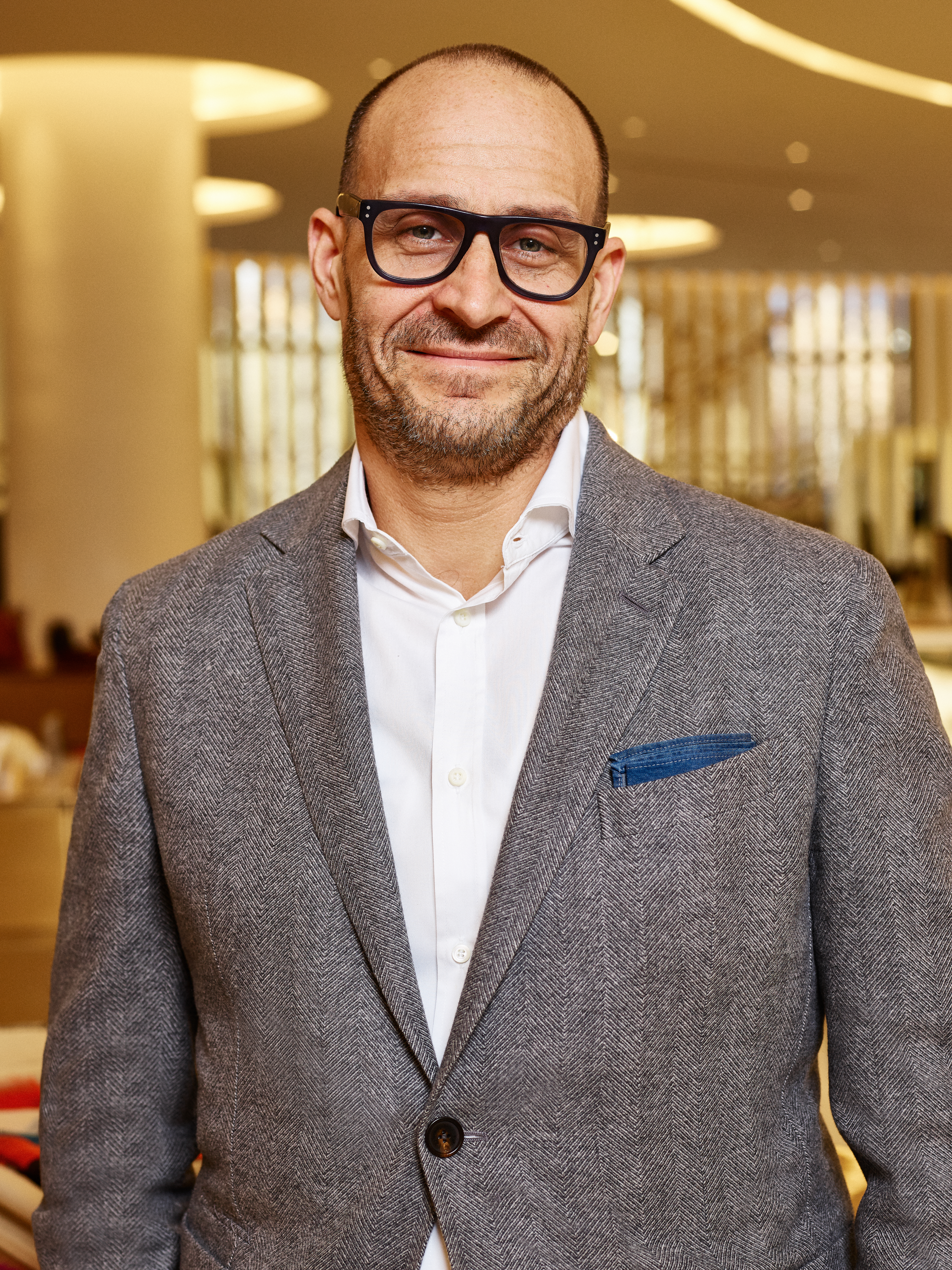 According to Metrick, the split has spurred the Saks e-commerce and the SFA stores businesses. Saks.com generates about $1 billion in sales. Pre-pandemic, saks.com and the Saks stores together generated roughly $3 billion in sales. Other retailers have also cited first-quarters gains, attributing them to the government stimulus, pent up demand, declining cases of COVID-19 and vaccination rollouts in the U.S., and people beginning to go out again.

Metrick suggested that orchestrating the split wasn’t as complicated as others have imagined. Hudson’s Bay Co. had already decentralized its shared services structure, enabling its divisions to operate more independently, and by the time the split was announced on March 5, the work to separate saks.com and Saks stores had already been underway.

Metrick said more than 150 operating service agreements and 150-plus transitional agreements were established between the two companies, that saks.com charges fees for the services it provides to SFA, and vice versa, and that the intellectual property is owned by saks.com. “The trademarks, the Saks name, Barneys at Saks, all came to saks.com,” Metrick said. “We now own them. But in order to really control the brands, it’s not just ownership. You have to control how the consumer sees it all.”

By that he means that saks.com’s chief merchandising officer Tracy Margolies and her team handle all the buying and merchandising for saks.com and Saks Fifth Avenue stores. “Tracy has full oversight,” Metrick said.

Emily Essner, chief marketing officer of saks.com, is in charge all the pricing, promotion and brand image for saks.com and the Saks Fifth Avenue stores. For the merchandising and marketing, saks.com charges fees to SFA, Metrick said, without disclosing the amounts or how the fees are set.

Meanwhile, because SFA is handling such functions and services as buy online, pick up in stores; returns; exchanges and alterations, SFA charges saks.com fees through the operating service agreements.

All in-store services are run by SFA.

Overall, operating two companies is “really not more complicated than before,” said Metrick, explaining that creating two companies with various agreements “formalizes things we actually did across channels. The beauty of this is, we have been doing this before, but now it’s being done in a way that allows for both entities to properly invest in their respective models while working together to deliver a seamless customer experience. And it’s working — as proven by the strong performance across e-commerce and stores.”

Asked if he was de facto running both companies, as some sources have suggested since he previously did oversee both channels, Metrick replied: “No. We are executing a strategy we agreed on. All the theater, all the activity and service in the stores is being run by another team,” and not his team.

While saks.com controls the merchandising and marketing for both the website and the SFA stores, Bruce apparently has some sway over these customer-facing functions at the stores. “Larry and I work closely together. He is a partner for sure. He has a voice,” Metrick said. “We are all focused on the customer. There’s not a conflict with what we want to accomplish.”

Merchandise planning and allocation for the stores is done by saks.com, though as Metrick noted, it’s done “with lots of input that comes back to us,” from SFA. “It’s a highly collaborative effort.” Saks.com also negotiates markdown allowances with selling floor overstocks.

Both companies, Metrick said, are being enriched with additional staff and different funding mechanisms. “We’re hiring a lot of people in technology, data science, analytics, and in the marketing and merchandising areas,” Metrick said.

The marketing team at saks.com handles communications to all customers, whether they shop the SFA stores or saks.com, though style advisers in the stores still engage and communicate directly with their customers. For example, notices about sales or new fashion arrivals to the stores or on saks.com are communicated by saks.com. “And by the way, it might also be an email about an event in the store,” Metrick added. Communicating to the Saks audience “should be no different than before, except better,” Metrick said, adding that customers are getting emails with a greater degree of personalization.

Metrick explained how sales associates are compensated. He said if a customer shops at a SFA store and gets helped by a store associate, but makes the purchase online, saks.com gets credit for the transaction. If a customer shops online and gets assisted by an online stylist at saks.com, but then goes to a SFA store to try it on and purchases it there, SFA gets credit for the sale and the store associate gets the commission.

“Wherever the product is bought gets the credit for the sale. If a store associate sells something online, they get full commission,” Metrick explained. SFA has 3,000 stylists in the stores. Saks.com has far fewer stylists, though more are being hired, Metrick said.

He also explained that if a customer returns an online order at a store, the item is shipped back to saks.com which records the return and SFA charges a service fee to saks.com for the transfer.

Customer service doesn’t change. If it’s needed in store, the store team handles it. When customers need support with their online order or experience, they contact the saks.com call center.

In his quarterly letter to vendors last week, Metrick wrote that saks.com is testing the marketplace format within its platform, to accelerate growth and expand “the breadth and depth” of its offerings. Hudson’s Bay, which like saks.com and SFA are divisions of the Hudson’s Bay Co., already converted its website to a marketplace. Marketplaces, in the strictest sense, involve listing vendors and their products, and drop shipping. However, marketplaces can also include products from brands that are bought by the retailer through a traditional wholesale arrangement.

“If there is a spectrum between a traditional department store website and a marketplace, Saks is never going to move entirely over to the marketplace,” Metrick said. Saks.com will be “at the crossroads of curation and offer. We don’t want to ever be a website with a sea of everything. We are always going to have a point of view. We will always have fashion. It’s consistency from a luxury standpoint.”

He underscored that what brands and items are listed on saks.com will be carefully chosen because certain brands “don’t want to mingle with certain other brands” on the same website, over concerns with how their products come off. It’s important that saks.com selectively determines what gets listed so the offering is consistent with the Saks luxury image. Categories that are tangential and align with the luxury customers’ lifestyle, such as health and wellness and tech, are on the agenda.

Historically, “We have been limited in how many skus we could have in the traditional model, what categories we could have, and in how much depth,” Metrick said.

Whether a product is bought or listed, customers on saks.com won’t know the difference, Metrick said. “The goal is to deliver an amazing, well-edited experience for customers that comes from a fashion point of view. It’s not just to help them find what they want. It’s also to show them what they want.”

“We’ll start off very slowly,” evolving saks.com. “We want to get down how we work with our partners.

“We needed to position ourselves to take advantage.” 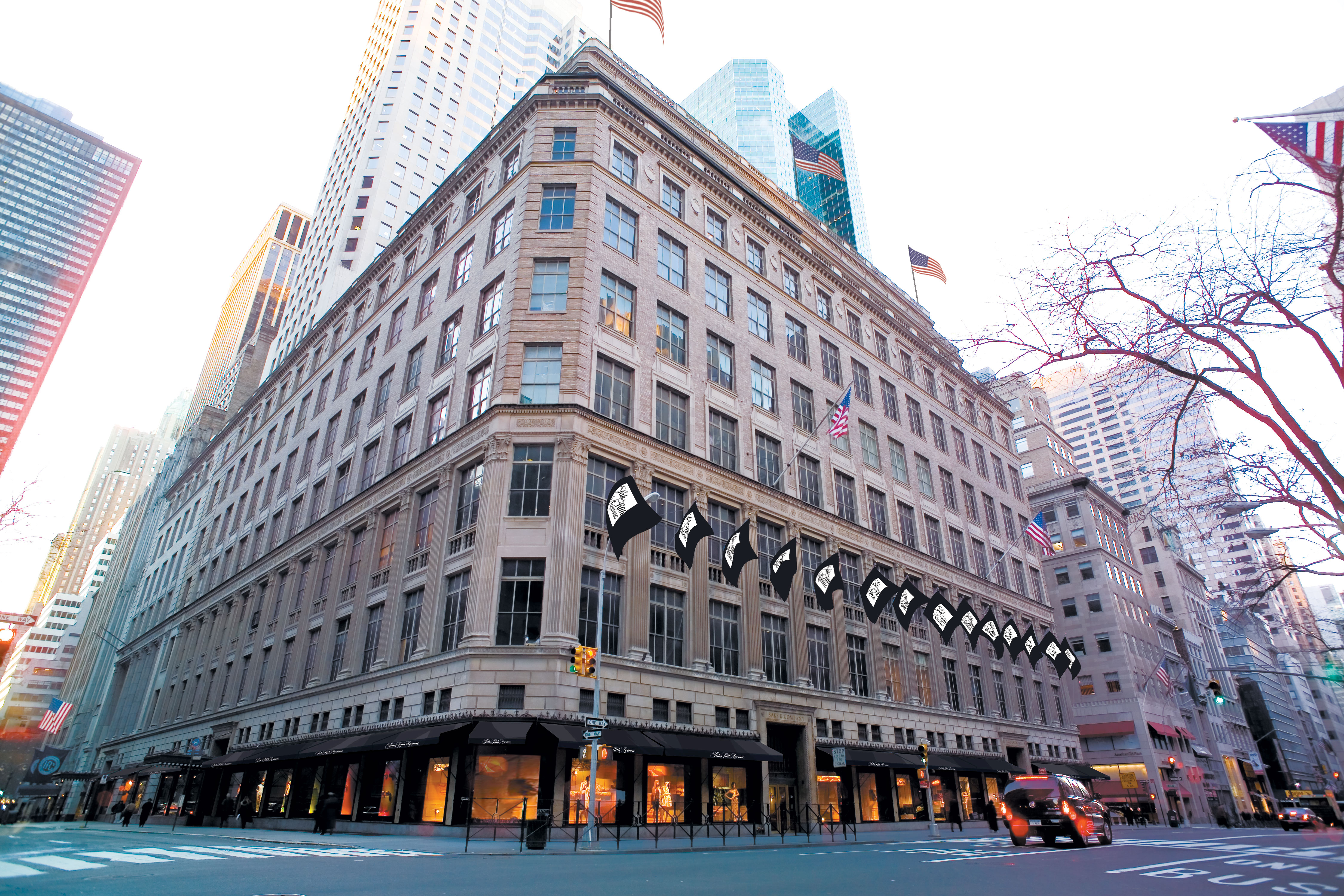