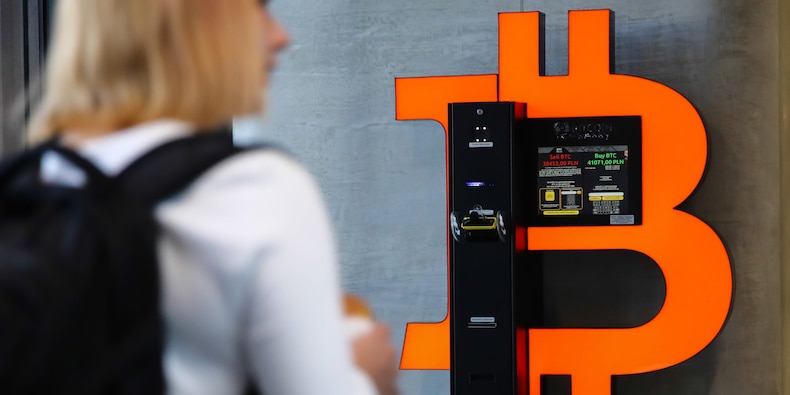 Bitcoin may have tumbled from $65,000 to below $50,000 in just over a week, but investors should hold on and not sweat over the wild volatility, according to SkyBridge Partners.

“The reality of cryptocurrencies and even bitcoin… is that if you make an investment today… you have to expect multiple 20-30% pullbacks in the bull market phase,” SkyBridge’s co-chief investment officer Troy Gayeski told Bloomberg TV on Wednesday.

The investment chief cited “extraordinary” money supply growth and said cryptocurrencies remained “in the early innings of the adoption cycle”. His advice to bitcoin investors was “don’t sweat the vol” – that is, volatility.

Bitcoin’s rally has been remarkable for its sheer speed and the amount of attention it has captured on Wall Street, with big banks and hedge funds getting involved.

The world’s most widely traded cryptocurrency has risen by 530% in the last 12 months. It hit a high of close to $65,000 in mid-April, boosted by the hype around Coinbase’s direct listing, before tumbling to near $47,000 a few days later. It has since rebounded somewhat and traded at around $54,500 on Thursday.

“This bull market is still younger than the last two, in terms of length,” Gayeski said, adding that he could see bitcoin doubling in value by the end of the year.

However, he said it may turn out to be the case that there is less price growth in the future than in previous bull markets. But he added: “It’s really hard to argue that it’s going to be a shorter bull market, there’s really no fact or basis for that, in our opinion.”

Gayeski said SkyBridge believes bitcoin will become the dominant store-of-value asset that investors turn to when they’re worried about inflation or market stress, like gold.

Goldman Sachs on Wednesday questioned this view, however, arguing bitcoin is so far failing as digital gold. The bank’s analysts argued bitcoin’s massive energy consumption, its lack of real uses, and competition from other cryptocurrencies are obstacles to more widespread adoption.