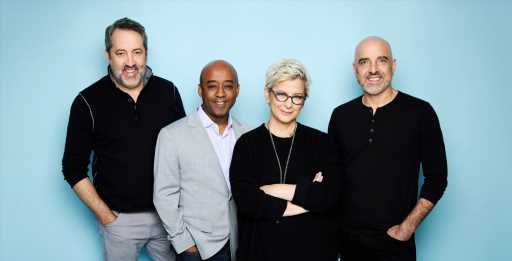 Highwire’s founders have formalized an innovative development process, honed from years of working across the entertainment landscape.

In a joint statement, the founders explain, “Highwire Media is committed to an artist-centric model that disrupts how creative energy is harnessed and disseminated. We love artists. By rethinking the business of storytelling with artists at the core, we’ve designed a unique framework that is optimal for creating. Highwire Media engages with every aspect of the creative process to cultivate the medium best suited to each story. In founding Highwire Media, we are bound by our belief in collaboration and our reverence for exceptional audience experiences.”

The initial slate of Highwire Media projects in development includes:

Kara an original comedy series written by Matthew-Lee Ehrlbach. Chris Rock is attached to play a role and Anna Shapiro will direct.

From Ian Barford is the sweeping limited series This Land of Blood. Born from the volcanic culture of Black radical Abolitionists, an inexorable bond between Frederick Douglass and John Brown shapes an American Revolution.

The Oath is a feature film depicting the extraordinary true story of Dr. Khassan Baiev during Russia’s brutal wars in Chechnya. Sworn to the Hippocratic oath, he is duty-bound to save the lives of his fellow Chechens and Russian soldiers alike; kidnapped and branded a traitor by both sides, he soon finds the most difficult life to save may be his own.

Bury The Lede is an original drama series written by Joy Gregory (Madame Secretary). Spanning the extraordinary life and career of the longest-serving White House press correspondent Connie Lawn, the show explores the impact of trauma, historic and personal, on a generation of women in the workplace. Hyde Park Entertainment and West Madison Entertainment are producing with Highwire Media, with Shapiro attached to direct.

Highwire Media is represented by CAA and Franklin, Kurnit, Klein and Selz.

‘Girls5eva’ Moving From Peacock To Rival Streamer Netflix For Season 3