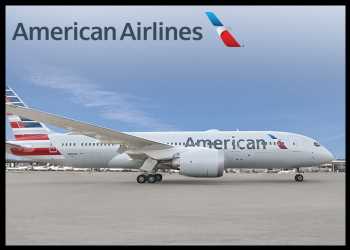 American Airlines Group Inc. (AAL) said it flew 48 million passengers during the third-quarter, more than any other U.S. airline. Excluding special items, the company recorded its smallest loss since pandemic began. The company noted that its recovery took a pause in the third quarter due to the delta variant of COVID-19. However, total revenue increased 20% sequentially on 12% increase in capacity.

Looking forward, the company said it will continue to match forward capacity with observed bookings trends. Based on current trends, American Airlines expects fourth-quarter capacity to be down approximately 11% to 13% compared to the fourth quarter of 2019. Fourth-quarter total revenue is projected to be down approximately 20% compared to the fourth quarter of 2019.

Net income was $169 million or $0.25 per share, compared to a loss of $2.40 billion or $4.71 per share, previous year. The company recognized $1.04 billion of net special credits before the effect of taxes in the third quarter of 2021 principally related to the financial assistance received pursuant to Payroll Support Program Agreements with the U.S. Department of Treasury.

Total operating revenues increased to $8.97 billion from $3.17 billion, prior year. Analysts expected revenue of $8.94 billion, for the quarter. Passenger revenue was $7.96 billion compared to $2.54 billion.

Shares of American Airlines Group were up 1% in pre-market trade on Thursday.