The lawsuit was launched by four NGOs, including Greenpeace France and Oxfam France, following an online petition that gathered 2.3 million signatures — the largest in French history, according to organizers.
Signatories hoped to “compel the State to take all necessary measures to reduce greenhouse gas emissions” to meet the 1.5 degrees Celsius (2.7 degrees Fahrenheit) target set by the Paris Agreement, according to the online petition. 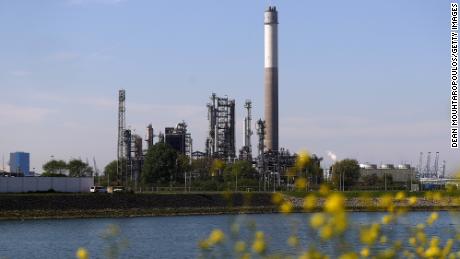 The Paris Agreement was signed in 2016 by almost all the world’s countries, and seeks to limit global warming to well below 2 degrees Celsius (3.6 degrees Fahrenheit) and pursue efforts to limit it to 1.5 degrees Celsius (2.7 degrees Fahrenheit).
France, which brokered the pact, has committed to reducing greenhouse gases by 40% by 2030, and has set itself a target of being carbon neutral by 2050.

But NGOs accused the country’s authorities of insufficient policy actions needed to tackle climate change, and said that greenhouse gas emissions under the current government “dropped at a pace that was twice as slow as the trajectories foreseen under the law.” 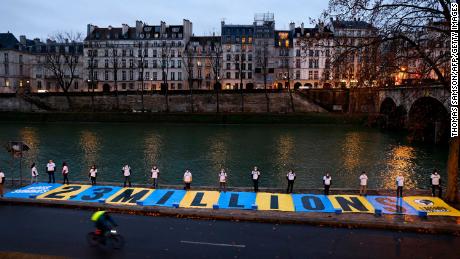 Paris’ administrative court on Wednesday ordered the state to pay one euro ($1.20) for moral damage to each of the associations behind the lawsuit, ruling that government failures “undermined the collective interests defended by each of the applicant associations,” the court said in its official communiqué on the case.
Despite only symbolic damages being awarded, the charities hailed the result.
“This decision marks a first historic victory for the climate and a major advance in French law. This judgment also marks a victory for the truth: Until now, the state has denied that its climate policies were insufficient, despite mounting evidence,” they said in a statement.
“This is the first recognition by the courts of the responsibility of the French State for its climate inaction,” Clementine Baldon, a lawyer for one of the NGOs, said at a press conference following the ruling.
“The judges examined whether there was a causal link between this ecological damage and the various breaches alleged against the state in the fight against climate change. They held that the state should be held responsible for part of this damage if it failed to meet its commitments to reduce greenhouse gas emissions,” the court statement read. 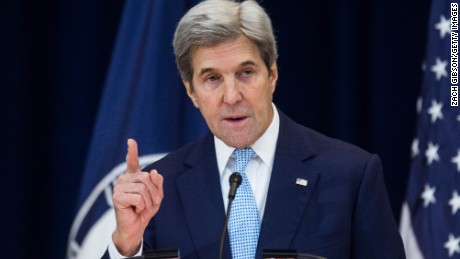 In order to determine the measures to be ordered to the state to repair the damage caused or prevent its aggravation, the judges issued a further investigation, with a two-month deadline.
In a response to the ruling emailed to CNN, France’s environment ministry conceded “that the first objectives set over this past period have indeed not been achieved,” but said a new “Climate and Resilience bill will be presented to the Council of Ministers on February 10 and will constitute a decisive new step by accelerating France’s ecological transition.”
Currently, the world is set to warm by 2.7 degrees Celsius (4.86 degrees Fahrenheit) by the end of the century, according to the Climate Action Tracker (CAT) — a non-profit analysis group which tracks government climate action. This will bring more extreme storms, heatwaves, greater sea level rise, and, for many parts of the world, worse droughts and rainfall extremes.

In 2019, the UN warned that to hold global warming below the 1.5 degree Celsius threshold, global emissions would need to fall by 7.6% each year from 2020 to 2030.
Global average temperatures have continued to climb. The last six years were the hottest six ever recorded, with 2020 joining 2016 as the hottest year.
Source: Read Full Article

The best places to buy beef, pork, poultry and more online in 2021— plus exclusive discounts on our favorites