America is currently in the midst of a millennial vs. boomer showdown — and a “gray champion” is arriving to usher in the “Next New Deal.”

So says an eerie generational theory known as the Fourth Turning, which was coined in 1997 by Neil Howe and William Strauss in an eponymous book. The theory proposes that America sees a “turning” every 20 years as one generation displaces another, and that this dynamic between the two creates a crisis every 80 years.

Each crisis is marked by four stages: a catalyst event that sets the wheels in motion; a regeneracy in which people stop tolerating weakening institutions and splintering culture; a climax that “shakes society to its roots,” transforms institutions, and redirects purpose; and a resolution that sees the economy entirely restructured for a new set of circumstances.

It’s an outlandish theory and the book has also been widely criticized for its lack of scientific support and vague predictions. But it’s also resonated among conservative and liberal leaders alike, and bears uncanny parallels to American history.

The last fourth turnings, Howe and Strauss argued, culminated in World War II, the Civil War, and the American Revolution. They wrote that the next crisis-era would involve millennials and boomers fighting over the shape of the world to come, with the catalyst event beginning around 2005, and the climax around 2020, with a resolution by 2026. 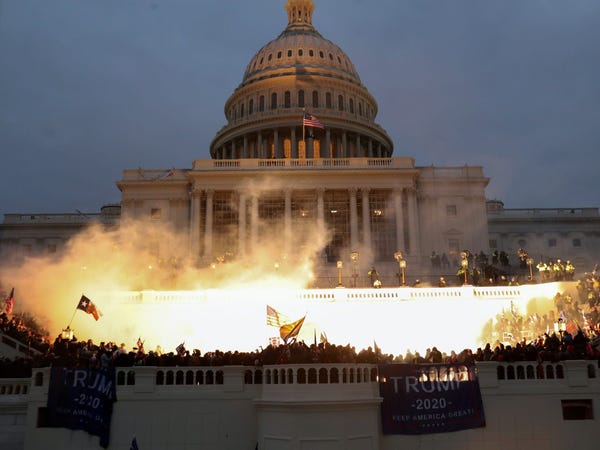 The 2008 financial crisis can be seen as the catalyst they mentioned, while the pandemic, social unrest, and riots of 2020 and early 2021 sound a lot like the climax. During this climax, they wrote, the economy could “reach a trough that may look to be the start of the depression,” and indeed, the stock-market crash of 2020 was the sharpest and deepest since at least the 1930s. The economy will recover, per the theory, but it will fundamentally change after this period.

Enter the Biden administration, whose ambitious social programs and big spending have triggered comparisons to FDR’s New Deal. Some leading political experts agree that this era is historic and climactic. For instance, Doug Sosnik, senior adviser to the Brunswick Group, and political director for former President Bill Clinton, released a presentation in April pronouncing that not only is America going through its biggest transformation since the industrial revolution of the 19th century, but “the current period of turmoil and chaos that began in the early 2000s will likely continue throughout this decade.”

The challenge, Sosnik wrote, will be the transition from a 20th-century top-down industrial economy to a 21st-century digital and global one. In other words, this period could be a “great gate of history,” just as Strauss and Howe wrote.

The Fourth Turning predicts the agenda of the Next New Deal will center around young adults, with boomers imposing a “new duty of compulsory service” and millennials recognizing this as a path to public achievement. The government’s economic role, per the theory, will shift away from amenities and past promises such as elder care and debt service and toward spending on survival and future promises, such as defense and public works.

President Joe Biden signaled early on that he wouldn’t bow to the worries over the national debt that dominated much of the last 20 years (ie, the third turning). The president unveiled a $1.9 trillion stimulus package one week before his inauguration, urging Congress to pass another round of relief checks, extend bolstered unemployment benefits, and fund the distribution of coronavirus vaccines. 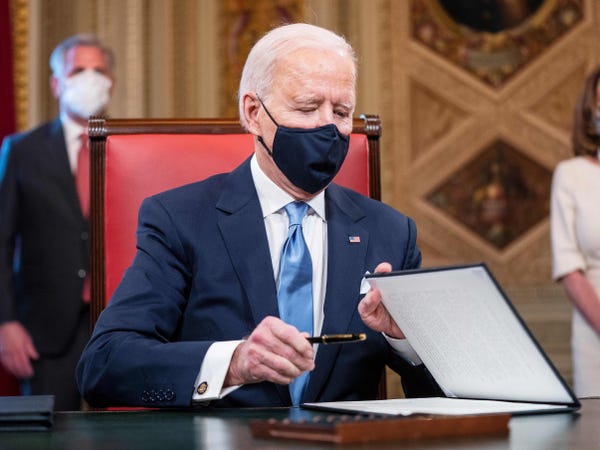 For the first time in a generation, economists and consumers alike have since become worried about inflation, and whether such a large boost was even needed as vaccines started to reach Americans’ arms.

Where the Obama administration shrank its proposal to appease Republicans and moderate Democrats, Biden stuck with his plan to “go big” and, for the time being, ignore its impact on the government debt.

“A new resolve about urgent public goals crowds out qualms about questionable public means,” Strauss and Howe wrote. “Instead of coaxing people with promises of minimal sacrifice, they summon them with warnings of maximal sacrifice.”

This could only be the beginning of the Biden-led resolution. For his second act, could we meet the “Gray Champion?”

Spending big on a new age of American infrastructure

The authors predicted that a key component of the Next New Deal would be a new era for infrastructure: “Fourth Turning America will begin to lay out the next saeculum’s infrastructure grid — some higher-tech facsimile of turnpikes, railroads, or highways. Through the Fourth Turning, the old order will die, but only after having produced the seed containing the new civic order within it.”

That’s exactly what Biden is proposing, arguing explicitly in the rollout of his $2.3 trillion package that now is the time to rethink infrastructure for the first time in decades. It includes funds for nationwide broadband and green energy projects as well as more “traditional” infrastructure such as rebuilding roads and bridges.

“With the 1936 Rural Electrification Act, the federal government made a historic investment in bringing electricity to nearly every home and farm in America, and millions of families and our economy reaped the benefits,” reads a White House fact sheet on the plan. “Broadband internet is the new electricity.”

“It’s big, yes. It’s bold, yes. And we can get it done,” Biden said as he unveiled the package. “The divisions of the moment shouldn’t stop us from doing the right thing for the future.” He also called it a “once-in-a-generation investment in America.”

That isn’t all the administration has on the docket. The president is expected to reveal another $1.5 trillion in spending before he addresses a joint session of Congress on April 28. The plan is set to include funds for child care, universal pre-K, and paid family and medical leave.

These two packages look a lot like the spending on “public works” and “future promises” that Howe and Strauss predicted would make up the Next New Deal, in some ways they even surpass FDR’s New Deal programs. Leonard Burman, a professor of behavioral economics at Syracuse University’s Maxwell School, told Insider’s Juliana Kaplan that compared to FDR, the country has “never done” a package the size of Biden’s proposals. Unlike Biden, he said FDR “spent much less than would have been appropriate for the size of the economic downturn at that point.” 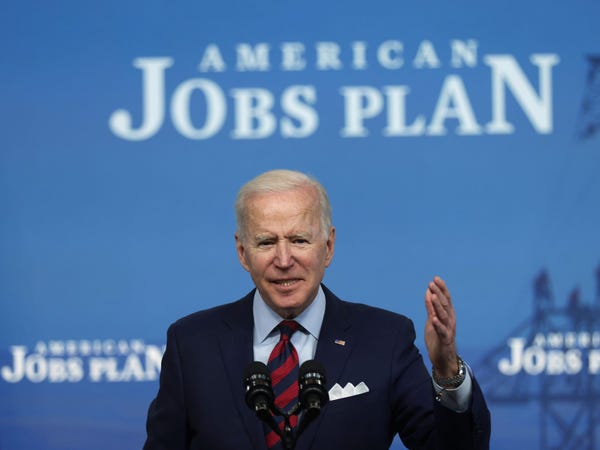 Taken together, Biden’s proposals place the country on the brink of a new policy regime. The fierce debate over this new regime is where the millennial versus boomer conflict reaches its fever pitch.

“In the Fourth Turning, boomers are likely to occupy the vortex of a downward economic spiral,” the authors wrote, as “the truth will dawn on old boomers that the money simply won’t be there to support their accustomed consumption.” But it predicted that millennials will come out of this with a brighter future, as they come to embody a “new American mainstream.”

Helping the millennials along the way will be a particular figure, Howe and Strauss wrote.

Eight or nine decades after his last appearance in a similar gate of history, the coauthors predicted, America will be visited by “the figure of an ancient man,” one who combines aspects of “the leader and the saint” to lead the way toward resolution. They called that character the Gray Champion, and said he would be the one to usher in a new economic zeitgeist.

The 78-year-old Biden, who became America’s oldest president when he was elected in 2020, has several of these attributes, including devout Catholic faith, a biography marked by perseverance through several personal tragedies, and a distinct sense of empathy in his public remarks. And when he introduced his infrastructure plan last month, he promised a new economic “paradigm” for the country. This could just be the beginning.