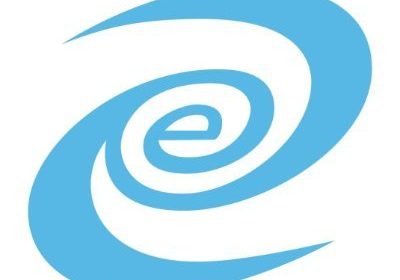 Deeper Network is the decentralized and secure gateway to a more democratic internet. The project aims to empower every household with a better internet experience and become the de facto portal to Web 3.0. Deeper Network’s flagship hardware line, the Deeper Connect, is the world’s first blockchain-powered gateway that enables users to securely and privately browse the internet free of censorship.

Deeper Network users will connect to a decentralized private network (DPN) via its revolutionary hardware, The Deeper Connect. The Deeper Connect, available on Amazon is a VPN smart router plugged in between a user’s modem and server that gives its users lifetime access to Deeper Network’s decentralized VPN. With more than 20,000 units sold, it allows users to become a node operator in Deeper Network and empowers them to be both client and server, earning mining rewards for contributing bandwidth to the network. Deeper is powered by AtomOS, the world’s first lock-free operating system. Because user’s data is distributed across a serverless network, it cannot be logged, leaked, hacked, or subpoenaed. This makes the Deeper Network one of the most secure and fairest ways to transmit data.

The strength of Deeper Network will be in the bandwidth provided by its users. For that reason, Deeper is launching with a generous incentivisation program that will encourage participants to add bandwidth to the network, making it more robust. 60% of the total DPR tokens have been reserved for mining rewards. By supplying bandwidth to the Deeper Network, users can gain access to these tokens via three different levels of mining, Genesis node mining, pro-mining and basic mining.

Upon the launch of Deeper’s mainnet, users will be granted access to basic mining. Although The Deeper Connect was never intended to function as a mining device, Deeper has decided to add the mining feature to further promote the growth of the network. Users with a Deeper Connect can apply to have the device added to Deeper Chain one month after mainnet launches. Alternatively, users who have purchased their device via Indiegogo or Stacksocial can begin mining immediately by staking 1000 $DPR. Users can even stake up to 100,000 $DPR to further elevate their credit score and increase their mining rewards to 164 $DPR a day. Click here if you want to find out more on Deeper Network’s basic mining rules and rewards.

The expansion of the Deeper Network will continue thanks to a program of exciting new developments that will add new features to the network well into next year. Firstly, Deeper will gradually open mining to other devices in an effort to monitor the strength network. This includes a mobile app that can connect to the network that will be released in the third quarter of this year.

Before the end of the year, development of an Ethereum to Deeper Chain cross-chain bridge will be completed. This will facilitate the resumption of liquidity staking for the DPR markets. The newest version of the Deeper Connect, The Pico will also hit crowdfunding, following in the footsteps of previous generations of the device that have been at the center of head-turning campaigns. In addition to that, Deeper will release the encrypted ads filter function, allowing users a new way to monetize the Deeper Network, which will be optimized in appearance and functionality.