Why $90,000 Is The Most Cited Level For Bitcoin's Next Blockbuster Price Move

The price of bitcoin is poised to increase significantly in the coming weeks. This is according to market players that are citing a continuous bull run over the next two months.

Bloomberg analysts noted that $90,000 and $100,000 are the next price points anticipated by the top bull. The Chief Executive Officer of BitMex, Alex Hoptner is one of the many highly respected personalities in the cryptocurrency community that is presenting this bullish price prediction. 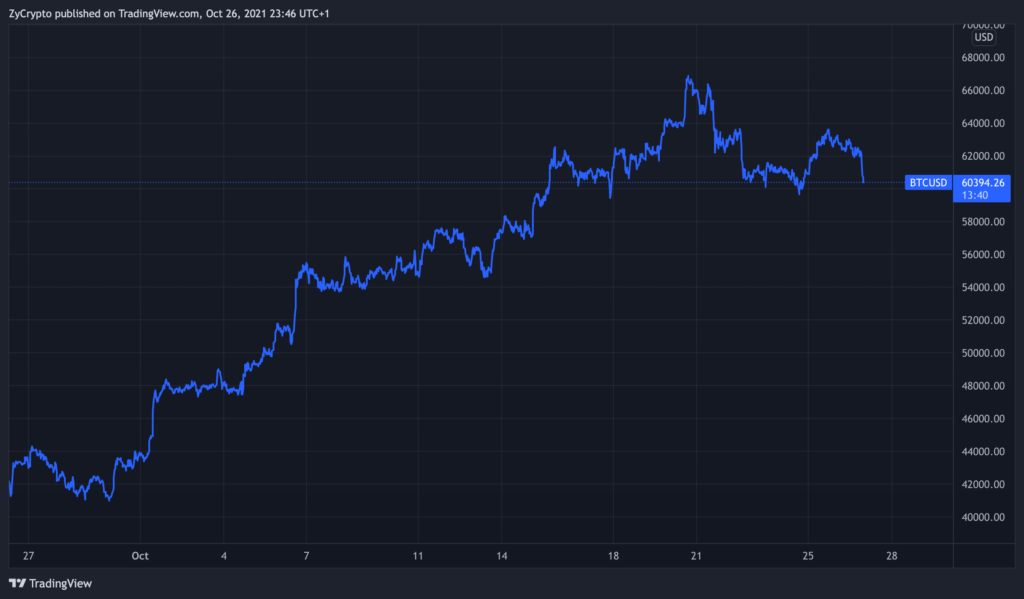 In a recent interview with Bloomberg, Hoptner estimated $100,000 as December’s break off price, a similar closing price prediction to Bitcoin’s S2F model founder Plan B. Bitcoin’s $66,930 all-time high has influenced a lot of the sentiments that collectively point to $90,000 as the new all-time high for the next Bitcoin price rally. Bitcoin proponent Anthony Pompliano noted the impact the price breakout will have on the market, saying,

“Bitcoin breaking the all-time high yesterday is an important milestone. Every institution in the world started paying attention again. They now have permission to start accumulating in major size. You can see it in the data & I hear it behind closed doors. Game on.”

Katie Stockton, the founder of Fairlead Strategies, called $89,000, while Todd Morakis, co-founder of JST Capital lowered his expectations slightly as he predicted $72,000 to $75,000 as a possible upside. Keep in mind that the price predictions are not particular to December. In fact, analysts are opining that bitcoin could hit the $90,000 or $100,000 price level this November and maintain momentum until the close of the year and even after.

Meanwhile, on-chain analyst William Clemente leads the market for one of the most bullish predictions yet. In a recent tweet, he estimates a significant closing price for Bitcoin,

“Delta top model starting to slope upwards, now above $117,000. IMO we still have a ways to go. Is based on the cost basis of investors and mean reversion, so will likely end up closer to $150k-175K towards the end of the year as prices moves higher, but that’s just an estimate.”

It is also interesting to note that 2022 price predictions are even more bullish for bitcoin. Analysts are calling $150,000-$400,000 as an attainable price mark for bitcoin next year.