UK Intends To Take Legislative Steps To Facilitate Use Of Stablecoins 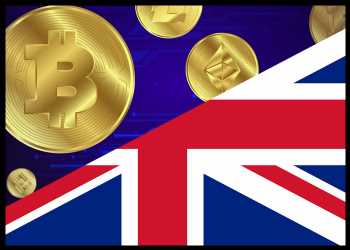 The U.K. has released a detailed plan unveiling its approach to the regulation of cryptoassets, stablecoins, and distributed ledger technology (DLT) in financial markets.

The document released on Monday confirms the government’s intention to take the necessary legislative steps to bring activities that issue or facilitate the use of stablecoins used as a means of payment, into the U.K. regulatory perimeter, primarily by amending existing electronic money and payments legislation.

The document is in response to the consultative process it had initiated in January 2021, aimed at allowing to harness the benefits of adopting the cutting-edge technologies, while also mitigating the potential risks.

However, in respect of adoption of DLT in Financial Market Infrastructure (FMI), as existing financial services regulation and legislation were drafted without DLT in mind, clarity is yet to emerge on the scope of regulatory changes required. The HM Treasury would therefore be partnering with the FCA and Bank of England to develop a FMI Sandbox whereby participants could request exemptions from or modifications to existing legislation. Lessons learned from the Sandbox could support permanent rule changes. The FMI Sandbox is expected to be up and running in 2023.

In respect of decentralized finance as well as broader cryptoassets (i.e. beyond stablecoins used as a means of payment), HM Treasury is continuing to assess the appropriate regulatory response and agreed to consult later in 2022 on the proposed approach.

In respect of stablecoins, the government’s has laid down a detailed roadmap for regulation. The proposals would entail changes to the e-money and payment services regimes to provide the FCA with appropriate powers over stablecoin issuers and other entities, including wallet providers. Amendment to the Electronic Money Regulations 2011 and Payment Service Regulations 2017 would be made so as to deliver a consistent framework to regulate stablecoin issuance and the provision of wallets and custody services.

The government also plans to extend the applicability of Part 5 of the Banking Act 2009 to include stablecoin activities, to apply in cases where the risks posed have the potential to be systemic, so that the threshold for Bank of England supervision would be met.

The government is of the view that it would also be necessary to extend the scope of the Financial Services (Banking Reform) Act 2013 in order to ensure relevant stablecoin-based payment systems are subject to appropriate competition regulation by the Payment Systems Regulator (PSR).

In order to address the pressing gaps in the regulatory framework, the govt is also progressing on implementing a new anti-money laundering and counter terrorist financing (AML/CTF) regime for cryptoassets, to address consumer risk through warnings and education about crypto investments.

Based on the consensus that emerged after the consultative process, the approach would be to establish an FCA authorization and supervision regime that would capture stablecoins which could be used as a means of payment. Certain stablecoins (namely algorithmic stablecoins, or those that may be linked to assets other than fiat currency) may need to be excluded from the scope, on the grounds that these share similar characteristics to unbacked cryptoassets.