Peter Schiff On Why Bitcoin Will Never Hit $69,000 Again

Peter Schiff, the chief market strategist of Euro Pacific Asset Management, has hit out at the benchmark cryptocurrency Bitcoin (BTC), stating that it will never again reach its Nov. 2021 all-time high (ATH) price of $69,000.

In a tweet, the long-time Bitcoin sceptic gave the reason for his claim that the surge to $69,000 was a fraud facilitated by unprecedented crypto advertising and speculative buying funded with leverage. He backed this claim with the FTX exchange bankruptcy, maintaining that Bitcoin mania is over.

“A year ago, Bitcoin hit $69,000. One of the main reason for the spectacular rally was all the leverage that funded unprecedented #crypto advertising and speculative buying. The #FTX bankruptcy proves the entire rally was a fraud. It will never be repeated. Bitcoin mania is over,” Schiff wrote.

The comment is not the first time the popular American broker and Gold bug has announced the demise of Bitcoin, which he believes is headed to zero in the long term. Following BlockFi’s announcement that it was suspending withdrawals, Schiff remarked that investors should sell their BTC if they could.

Schiff also predicted in August that BTC was heading towards $10,000, advising people to get out of the market while they still have profits. He also holds a similar opinion of the second largest cryptocurrency, Ether (ETH), and the rest of the crypto market.

Schiff’s admonition is coming at a time when the pioneer cryptocurrency is down about 75.5% from its all-time high (ATH) price. BTC is currently trading at $16,850, up 1.81% on the day, according to data from CoinMarketCap at the time of writing. 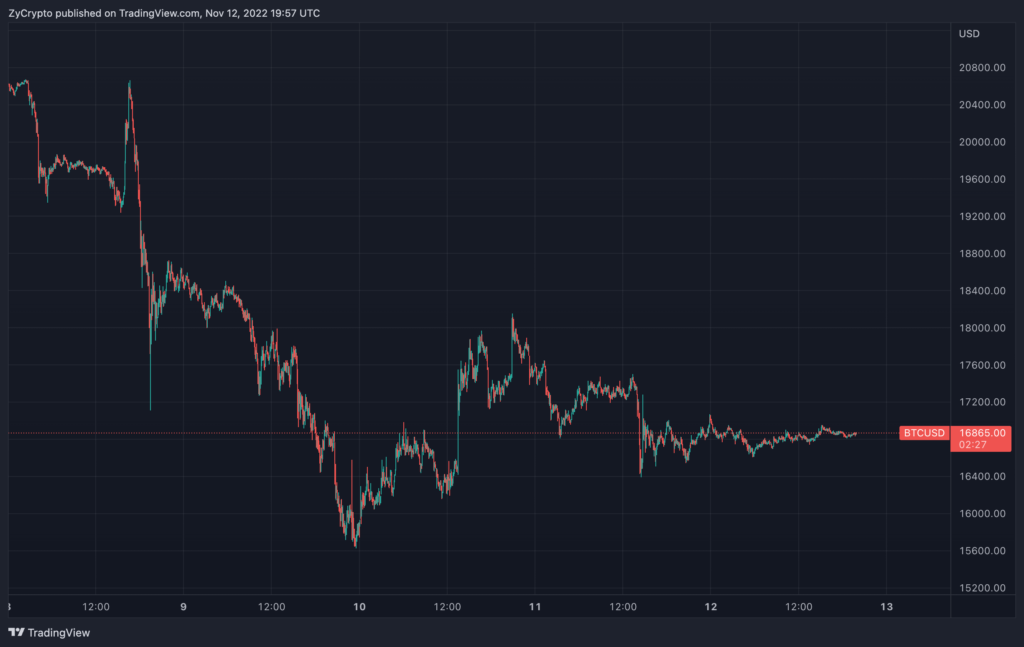 This is a slight recovery from the plunge to a two-year low price of $15,702 earlier this week on the back of revelations that FTX had about an $8 billion hole in its books. The saga has continued to play out as FTX has filed for bankruptcy and has also reportedly been hacked.

The contagion from the exchanges collapse has had a cross-crypto market effect that has seen the market cap fall to under $900 billion.

Regardless, Bitcoin still maintains its position as the best-performing asset in the last decade. Per data from Case Bitcoin, which tracks the return on investment (ROI) of several asset classes versus the dollar, BTC has recorded a 154,890% ROI in the last decade compared to gold’s 3%.