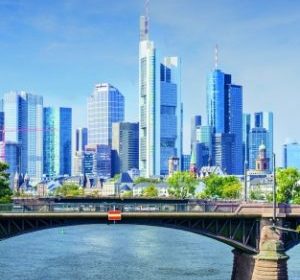 As much as €350 billion can start entering the crypto market this Thursday after a law passed earlier this year comes into force in Germany.

The new Fund Location Act (Fondsstandortgesetz) allows 4,000 existing special funds (spezialfonds) – as well as new special funds – to invest up to 20% on bitcoin and eth.

Previously such funds were prohibited from allocating any percentage to cryptos, but now the estimated €1.87 trillion under their control can be diversified into bitcoin.

They’re free to choose how much to invest up to 20%, with this law being an implementation of a European Union directive, suggesting this new permissibility is coming Europe wide.

“This won’t happen overnight, but we are talking about the largest investment vehicle that we have in Germany – literally all the money is in there,” said Sven Hildebrandt, CEO of Distributed Ledger Consulting (DLC), who worked towards this law.

It has a wider and a more general applicability with it not being crypto specific in granting primarily pension and insurance funds, which like using these spezialfonds, the ability to diversify. In explaining, Jacqueline Winter of Blockchain Capital says:

“Spezialfonds are considered the German institutional fund vehicle of choice for most liquid asset classes, and for property within distinct structures.

Segmented Spezialfonds allow assets to be managed by different underlying managers with unified reporting under the umbrella of a so-called Master KVG structure.

The Master-KVG is a German-regulated investment management company authorized and supervised by the German Federal Financial Supervisory Authority (Bundesanstalt für Finanzdiensleistungsaufsicht, the “BaFin”) and licensed under the German investment law.”

Back in 2018 some US pension fund managers constantly complained about being restricted from investing in bitcoin, hence they really wanted an ETF as different criteria apply to stocks.

Germany is the only jurisdiction so far, as far as we are aware, to remove this restriction, but only for special funds which generally are not accessible to the public.

For public funds the restriction remains, with Germany’s Federal Association of Alternative Investments (BAI) asking for an expansion to public funds.

“In an increasingly digital world, it was imperative for us that investments in crypto values be permitted at least for Spezial-AIFs. In the retail fund area, this must now be accompanied by a change in the UCITS directive (OGAW-Richtlinie),” Frank Dornseifer, MD at BAI, said.

Bitcoin’s current market cap is $678 billion, with this law allowing for an influx of more than half its market cap, but any such diversification you’d think would be a bit gradual. However, a sustained gradual influx can nonetheless have the same effect.

That’s especially in an environment of negative interest rates that has led Germans to flood towards insurance products for a still meager 2% yearly interest rate.

Cryptos can have far bigger gains, but they’re also a lot more volatile. However, spezialfonds are usually long term investments, and in the long term bitcoin’s very limited 21 million supply should potentially act to provide decent yearly returns on average.

Thus some of this nearly two trillion will probably diversify to bitcoin, which has just gained a new market starting in two days.