From Miami to Manitoba, it’s a eureka moment for Bitcoin as it gets its first official national legal tender status. The announcement by El Salvador’s President Nayib Bukele – the current favorite president of the crypto-world – puts a big blue tick on the resilience and tenacity the world’s biggest and oldest cryptocurrency has shown over the last two years.

Bukele’s bill got an overwhelming vote of approval from the nation’s parliamentary arm, sealing the deal on Bitcoin, and marking a historical moment for Bitcoin and the whole crypto space.

The victory is sweeter as it comes at a time when Bitcoin has been tossed around the ring of regulations in China and the US, exploited by fraudulent Turkish exchange owners, spat at by billionaire pessimists like Warren Buffett, and backstabbed by the mega-influencer, Elon Musk.

Could It Be Greed and Arrogance?

The Tesla CEO denounced his affinity to Bitcoin shortly after pulling it up the company’s balance sheet, citing energy concerns and a lack of satirical meme affiliation as his strongest reasons.

The move, which was recently criticized by Nick Spanos, the Zap protocol co-founder, termed Elon’s actions a product of “arrogance and greed”.

The effects of Elon’s negative publicity for Bitcoin saw significant sharp drops in the price of the digital asset leading many crypto players to raise alarm and awaken the US-SEC to Musk’s gripping influence in the crypto space.

Even though Elon’s Tesla is alleged to have made more money from its March Bitcoin purchase than in all of its vehicle production activities, the man who themes himself as the ‘dogefather’ has chosen rather shoot down Bitcoins’ flight to relevance to launch his Dogecoin-sponsored moon rockets.

With Bitcoin now gaining a permanent seat in the financial table of El-Salvador, and a wave of prospective acceptance sweeping South-American countries like Paraguay, Brazil, Panama, and Argentina; it is clear that Bitcoin is fast developing a sunscreen against Elon’s hurtful rays.

The Miami Bitcoin conference which was held last week to over 50,000+ attendees is the latest sign that hopes are high and commitments higher. With over 19,000 whale attendees and a cacophony of crypto billionaires and crypto mavericks unanimously eulogizing BTC as the unstoppable avant-garde financial religion, there are no doubts that Bitcoin is far from falling out of favor as Elon touts. 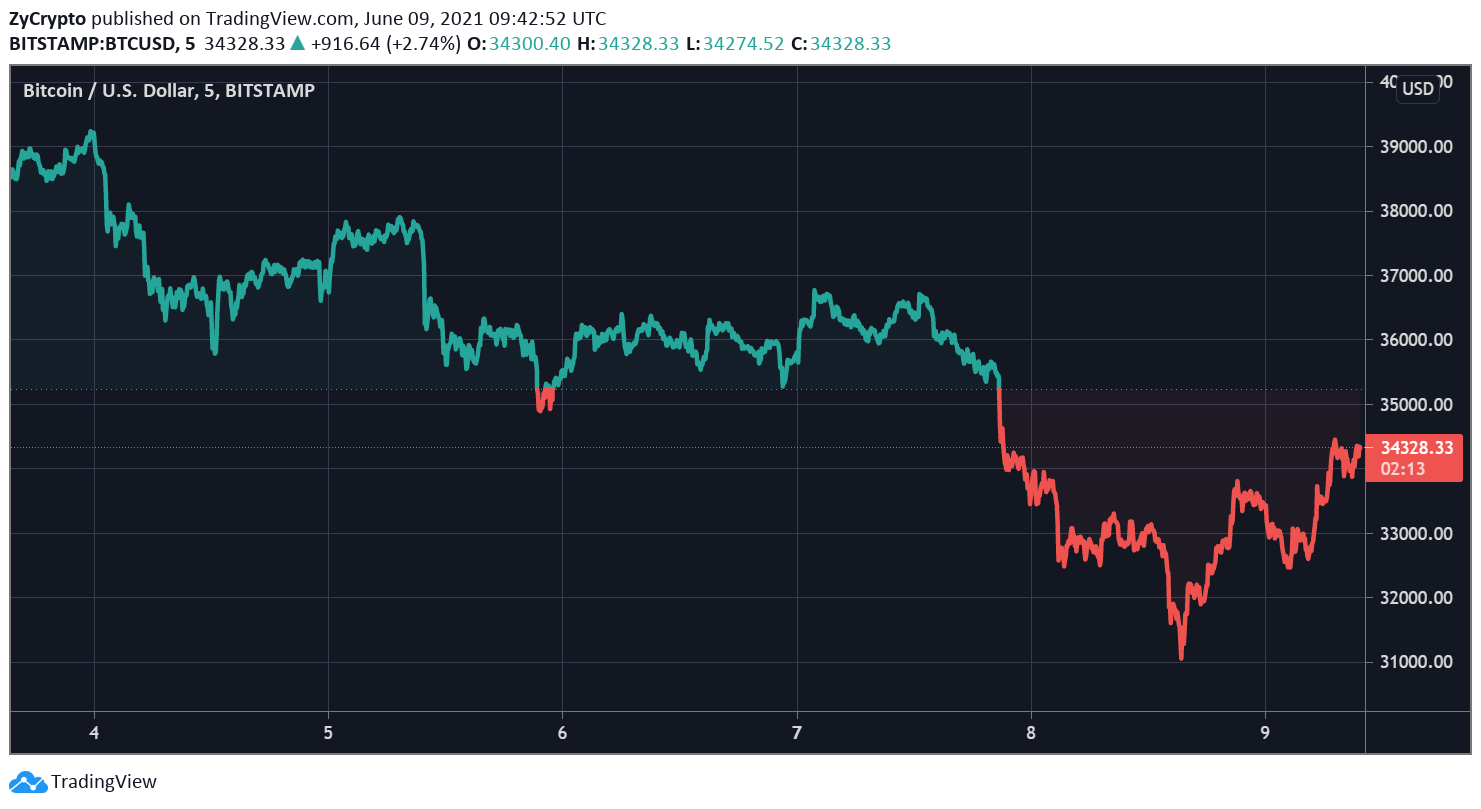 For all we know, Bitcoin may be having a green rebound and survival party in the near future, and from what we see, Elon’s not invited.

90% Of UK Financial Advisors Are Anti-Crypto — And Here's Why

Travala launches decentralized home-sharing service — will it be the next Airbnb?