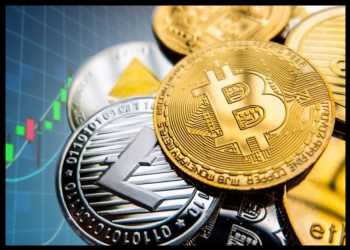 Crypto market capitalization dropped more than a percent in the past 24 hours amidst market sentiment largely dictated by the cascading effects of the FTX bankruptcy. Markets continued to watch for news from troubled crypto brokerage Genesis Trading and for hints from crypto exchange Gemini which was struggling to process redemptions from Genesis Trading’s Earn product. The FOMC minutes due for release on Thursday also remained a lingering concern

Overall crypto market capitalization has fallen to $790 billion, versus $803 billion a day earlier. Around 70 percent of the top 100 cryptocurrencies are trading in the red zone.

Ethereum dropped to a low of $1,081.14 in the past 24 hours. ETH witnessed tremendous selling pressure amidst reports that the alleged FTX hacker was dumping the top ranked alternate coin. Ether is currently trading at $1,104.65, down 2.4 percent on an overnight basis.

82nd ranked Curve DAO Token (CRV) is the biggest gainer with a rally of close to 16 percent. 13th ranked Litecoin (LTC) too has added more than 11 percent overnight.

FTX Token (FTT), now ranked 210th overall plunged to a low of $1.25 in the past 24 hours. The token has plunged 97 percent on a year-to-date basis. Reuters had earlier reported that the FTX owes nearly $3.1 billion to its top 50 creditors.

Meanwhile, the CoinShares’ Digital Asset Fund Flows Weekly report on institutional investments showed inflow of $44 million for the week ended November 18, versus the inflow of $42 million recorded in the previous week.