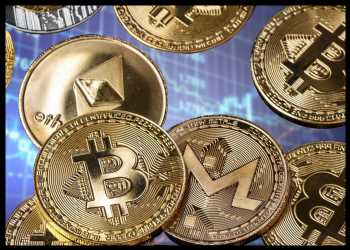 Cryptocurrencies dropped below the $1 trillion mark, amidst anxiety surrounding the Fed’s next move on interest rates. While markets generally appear to have priced in a 75-basis points rate hike, anxiety is writ large on whether the successive rate hikes would herald a stagflation, the condition in which an economy experiences simultaneous increase in inflation and stagnation of economic output.

Reports of the SEC investigation into Coinbase Global on whether it improperly let Americans trade digital assets that should have been registered as securities, also dampened market sentiment. The SEC had in a recent crypto insider trading case, labelled 9 cryptocurrencies listed by Coinbase as securities.

Market leader Bitcoin dropped more than 3.3 percent overnight to trade at $21,169. BTC also touched a 7-day low of $21,012.048 in the past 24 hours. A dip in the lead cryptocurrency’s price below the 100 hourly simple moving average also impacted sentiment. The percentage of Bitcoin holders making profits at current prices also dropped to 46 percent.

Tether (USDT), ranked 3rd overall and first among all stablecoins traded at $1 in the past 24 hours, comfortably maintaining its peg to the U.S. Dollar.

8th ranked Cardano (ADA) dropped more than 4 percent in the past 24 hours and in the past week.

9th ranked Solana (SOL) shed more than 7 percent in the past 24 hours. Solana’s weekly loss of 20 percent and year-to-date loss of 80 percent is the highest among the top-10 cryptos.

86th ranked Trust Wallet Token (TWT) has gained more than 3 percent overnight despite the general weakness in the crypto market.

Delivering the keynote address at the Brookings Institution Webcast on The Future of Crypto Regulation, Rostin Behnan, the Chairman of Commodity Futures Trading Commission, on Monday announced the launch of the Office of Technology Innovation (OTI). OTI would lead the CFTC’s efforts in incorporating innovation and technology into its regulatory oversight. The OTI has evolved from the LabCFTC, which was set up as a means to accelerate CFTC’s engagement with fintech innovators.

The CoinShares’ Digital Asset Fund Flows Weekly report on institutional investments showed inflow of $29.6 million for the week ended July 22, of which $19 million was attributed to Bitcoin and $8.1 million to Ethereum. Year-to-date flows remained positive at $415 million and month-to-date flows clocked $394 million.

The Department of Justice on Monday reported that Michael Alan Stollery, the CEO of Blockchain Infrastructure Services Inc. (TBIS) has pleaded guilty for his role in a cryptocurrency fraud scheme involving TBIS’s initial coin offering (ICO), that raised approximately $21 million from investors in the United States and overseas. Although he was required to do so, Stollery did not register the ICO regarding TBIS’s cryptocurrency investment offering with the U.S. SEC, nor did he have a valid exemption from the SEC’s registration requirements.

According to the Department of Justice, Stollery admitted that, to entice investors, he falsified aspects of TBIS’s white papers, which purportedly offered investors and prospective investors an explanation of the cryptocurrency investment offering, including the purpose and technology behind the offering, how the offering was different from other cryptocurrency opportunities, and the prospects for the offering’s profitability. Stollery pleaded guilty to one count of securities fraud and is scheduled to be sentenced on November 18 and faces up to 20 years in prison.