Crypto, Fed And The Paths They Trod 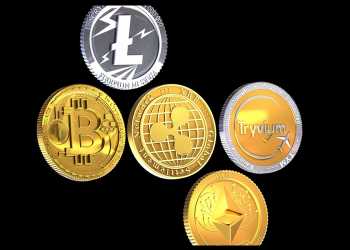 It’s the Fed’s policy day again and financial markets are awash with commentaries on what the Fed is likely to do now and what it may do down the line. Crypto world is also waiting with bated breath and a trip down the memory lane could help put into perspective, the crypto markets’ tryst with the Fed’s moves on rates and more.

Satoshi Nakamoto may have pioneered Bitcoin in 2008, but a full-fledged crypto market emerged much later. In April 2013, the size of the crypto market was less than $2 billion, comprised of around 7 cryptocurrencies. Total Assets of the Federal Reserve was around $3.2 trillion, and the Fed Funds rate was zero.

When at the end of 2015, the Fed raised interest rates to 0.50 percent, GDP was 2.3 percent, inflation at 0.1 percent and the Fed’s Balance Sheet size was around $4.5 trillion. Crypto market size was $8 billion, the number of cryptocurrencies more than 500 and Bitcoin’s price around $400.

At the end of 2017, GDP remained at 2.3 percent, but inflation spiked to 2.1 percent and the Fed Fund’s rate was steadily increased to 1.5 percent. By early January of 2018, the crypto market size increased to $800 billion as Bitcoin’s price leaped beyond $16,000. The number of cryptocurrencies also surpassed 1300 by then. The Fed’s Balance Sheet was at $4.5 trillion at that time.

In February 2018, Jerome Powell became the Fed Chair and by mid-December, 2018, the Fed had increased rates to 2.5 percent. By that time, crypto market capitalization dropped to $100 billion as Bitcoin plummeted to $3200 levels. Total cryptocurrencies exceeded 2000.

In 2019, the Fed started cutting rates and by October 2019 the Federal Funds rate had been had reduced to 1.75 percent. At the end of October 2019, crypto market cap was again near $250 billion whereas the total assets of the Federal Reserve stood at $4.1 trillion. Bitcoin traded near $9500.

By January 20, 2020, when the first coronavirus case was confirmed in the U.S., crypto market capitalization was a little less than $250 billion, as Bitcoin’s price hovered around $8,600. Fed’s Balance Sheet size was $4.2 trillion.

In early March 2020, with the onset of the coronavirus pandemic, the Fed slashed rates to 1.25 percent and to 0.25 percent a month later.

In December 2020, the Fed hinted that it would slow purchases once the economy made sufficient progress towards the goals of maximum employment and price stability. At the end of 2020, crypto market was valued at $755 billion and the Fed’s Balance Sheet aggregated to $7.4 trillion.

By May 2021, crypto market soared to a market capitalization of $2.5 trillion as market leader Bitcoin surged past $58,000. The Fed’s assets surged to $7.9 trillion. Annual inflation in the U.S. at the end of April was 4.2 percent and by the end of May it had increased to 5 percent.

By early September of 2021, crypto markets recovered and market cap crossed $2.3 trillion again. Bitcoin surged past $52,000. But soon Bitcoin dropped to near $40,000 and crypto market cap to $1.8 trillion by the third week of September, 2021. Fed’s Balance Sheet size increased further to $8.5 trillion.

The life-time peak for crypto markets was in middle of November 2021. Crypto market capitalization peaked to almost $3 trillion and Bitcoin touched an all-time high of $68,789. Total assets of the Fed increased to $8.7 trillion. Annual inflation in the U.S. at the end of October was 6.2 percent.

In March, the Fed also increased the Fed Funds rate from 0.25 percent to 0.50 percent.

At the end of March, crypto market capitalization stood at $2.1 trillion and Fed’s Balance Sheet at $8.9 trillion. Annual inflation in the U.S. at the end of March was at 8.5 percent, the highest since December,1981.

Minutes of the FOMC meeting held in March states that participants generally agreed that monthly caps of about $60 billion for Treasury securities and about $35 billion for agency MBS would likely be appropriate in the plan for reducing the size of the Fed’s Balance Sheet.

Markets are expecting the Fed to hike rates by 50 basis points and are keenly awaiting to know the extent of aggressiveness in the Fed’s strategies with regard to both the interest rate liftoff and Balance Sheet runoff.

Aggregate crypto market capitalization is currently at $ 1.75 trillion, more than a percent increase in the past 24 hours. Most of the cryptos are trading in the green zone, as markets worldwide wait for the most decisive event that could be shaping the financial market landscape in the days to come.