What Is the Byzantium Hard Fork In Ethereum?

Last year, ethereum’s cryptocurrency, ether, skyrocketed. (See also: Ethereum’s Price Increases After Hard Fork Implementation.) Part of the reason for this was the promise of smart contracts on its blockchain. Ether investors are envisioning a future where smart contracts become the standard way to transact for multiple industries.

In their enthusiasm for that future, however, the same investors tend to forget that ethereum is still a nascent technology. Its blockchain went live less than three years ago, on July 30th 2015, and is still a work in progress. As such, ether has yet to scale its processing and transaction power.

The Byzantium hard fork is an update to ethereum’s blockchain that was implemented in October 2017 at block 4,370,000. It consisted of nine Ethereum Improvement Protocols (EIPs) designed to improve ethereum’s privacy, scalability and security attributes. (See also: Why The Ethereum DAO Is Revolutionary.)

Per ethereum’s roadmap, four live releases of its network are planned. The first one was called Frontier and released in July 2015. It was considered a “beta release” for developers to experiment and develop decentralized apps. The second one was called Homestead, and was released in March 2016 to stabilize the platform.

The fourth and final upgrade to ethereum’s network is called Serenity and was expected to be released earlier this year but has been delayed.

Why Is Byzantium Important To the Ethereum Ecosystem?

The changes implemented in the Byzantium hard fork are designed to make ethereum lighter, faster, and more secure. Here is a brief recap of the more significant changes and their effects on the ecosystem.

“Here, the scalability does not come from the fact that blockchains are relieved from their (transaction) load by creating a big number of smaller chains and moving the transactions there,” Reitwiessner wrote. “Scalability is only achieved once a user does not have to verify every single transaction that is sent to the system.”

Put simply, zero knowledge proofs are mathematically intensive computations that enable systems to prove that they hold the requisite cryptographic keys without divulging contents of the said key. The new contracts will ensure that the computation intensive operations are performed directly on the CPU rather than using ethereum’s client, thereby consuming less overall power.

3. Reducing And Doing Away With Rewards

The Byzantium reward reduces block rewards from 5 ether to 3 ether per block. That  reduction is in line with ethereum’s eventual plan to do away with block rewards altogether and move towards a Proof of Stake algorithm, where transactions are approved by nodes with the highest number of coins. (See more: Ethereum To Adopt Proof-of-Stake.)

Currently ethereum uses the Ethash algorithm, which is a modified version of bitcoin’s Proof of Work algorithm. A move towards Proof of Stake, which is used or modified in some form by several cryptos, such as Dash and Cardano, will again help expedite transactions on ethereum’s blockchain.

4. Why The Byzantium Hard Fork Matter To Investors

The Byzantium fork is aimed at setting the stage for widespread use of ethereum and its smart contracts. The cryptocurrency’s price shot up following news of the hard fork. In fact, the number of transactions on ethereum has overtaken those on bitcoin since the Byzantium implementation, according to BitInfoCharts This bodes well for a future in which smart contracts become widespread. 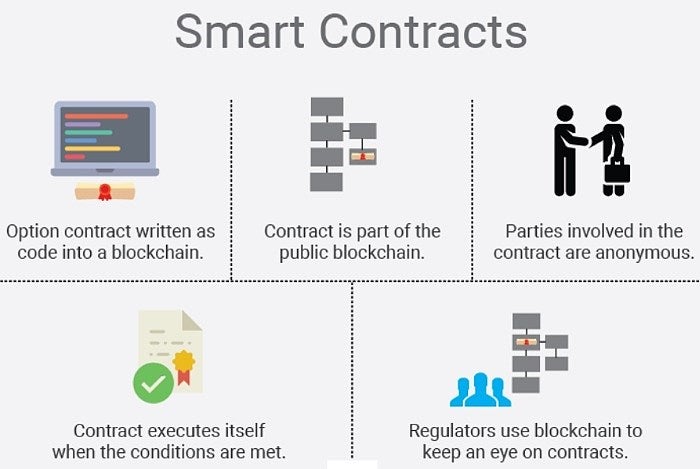 The inclusion of Zk-snarks will also ensure that ethereum’s network becomes usable for business transactions that require privacy. In other words, the Byzantium hard fork will help ethereum scale to its promised potential.

The Byzantium hard fork is an important and critical update to ethereum’s blockchain. It was implemented to enable faster transactions and greater security on its blockchain and make its smart contracts suitable for use in business transactions. (See also: Understanding Smart Contracts.)

Investing in cryptocurrencies and other Initial Coin Offerings (“ICOs”) is highly risky and speculative, and this article is not a recommendation by Investopedia or the writer to invest in cryptocurrencies or other ICOs. Since each individual’s situation is unique, a qualified professional should always be consulted before making any financial decisions. Investopedia makes no representations or warranties as to the accuracy or timeliness of the information contained herein. As of the date this article was written, the author owns 0.01 bitcoin.