The hash rate in crypto mining refers to a measure of the computational power per second use when mining or simply, the speed of mining. An increase in hash rate points to increased difficulty in mining. According to stats from coinwarz, the leading crypto asset’s mining hash rate reached an all-time high on May 9 earlier in the year recording 191.42 EH/s before plunging to 69.11 EH/s in June.

At press time, the total hash rate had recovered roughly 67% of the total draw-down in May-June and was reading at just under 130EH/s with mining difficulty jumping by 13% from 13.7T  to 17.6T just last month becoming the biggest network adjustment upward in 2021 as new hash rates continue to come on board. 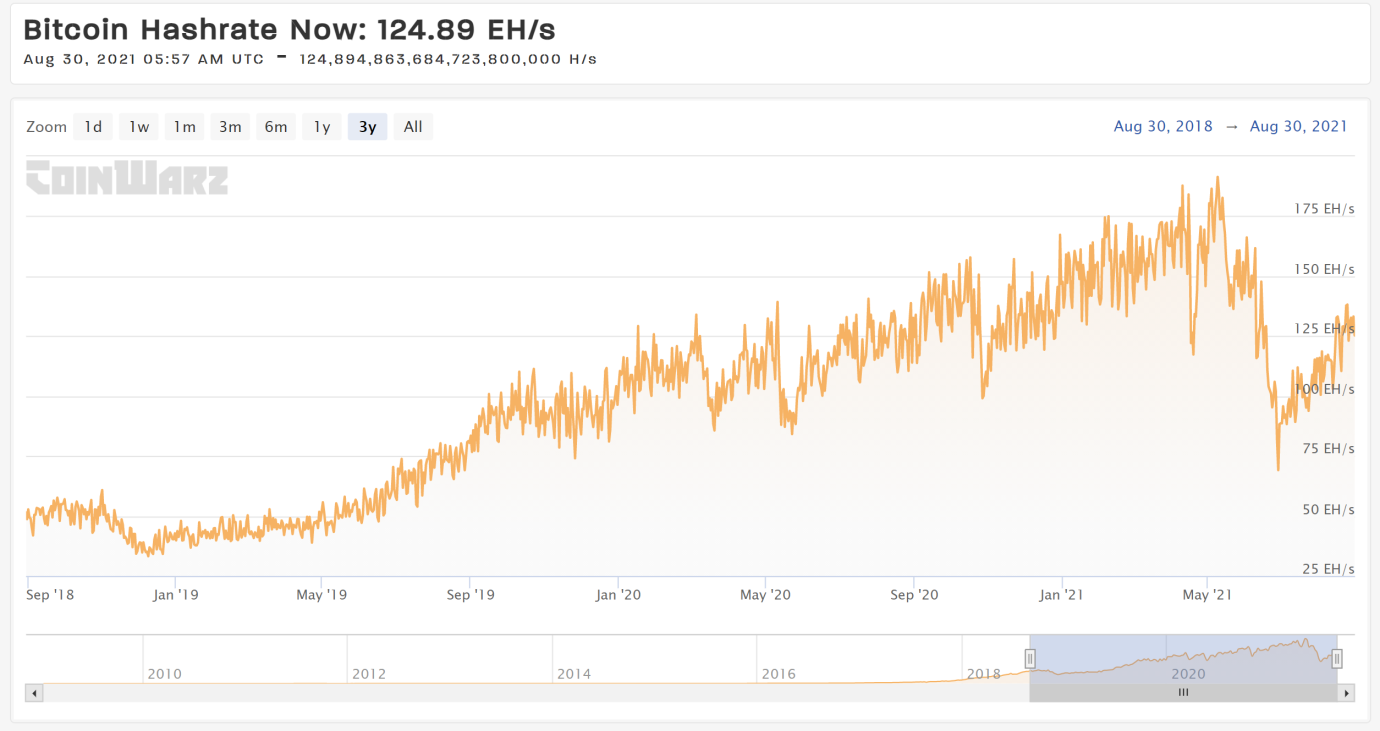 The hash value, which is the revenue generated by miners on a per tera-hash basis has also risen in tandem with the hash rate, a factor that has been attributed to the even faster surge in the price of Bitcoin. Experts have noted that difficulty has however started to catch up despite the hash rate remaining fairly high. 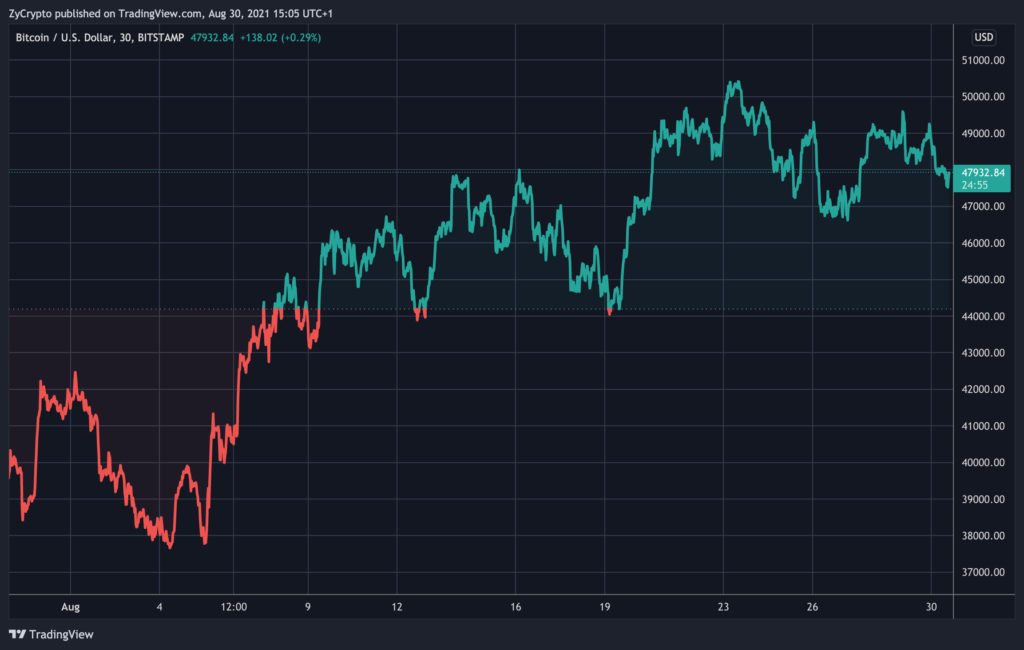 According to Austin Storms, the director of engineering at Great American Mining, the hash rate recovering at such a fast pace does not come as a surprise.

Chinese and US miners spurred the growth

The China ban in Q2 this year has led to a mass exit by miners as they look for new ground to establish their operations in other jurisdictions unlocking a massive amount of Bitcoin’s hashing power.

Apart from Chinese miners who are mainly targeting crypto-friendly jurisdictions such as  North America, Kazakhstan, and Russia, a huge amount of hash rate has also reportedly been coming from North American mining farms which have continually ramped up their mining activities, more so after they plugged in rigs which had been ordered earlier in the year after being recently delivered.

With U.S. states becoming increasingly favorable to crypto, various political figures have encouraged miners to set up base in their locales, blowing a wind of content in the continent’s regulatory environment. This is one of the major reasons most miners are choosing North American countries as they avoid realms such as Asia.

Owing to massive infrastructural projects being put up around the globe with countries such as Iran expected to lift the ban on mining this September, experts predict there will be an explosion in hash rate and a subsequent surge in mining difficulty next year. This will inadvertently lead to an increase in mining revenues which currently stand at $0.40 per tera hash.