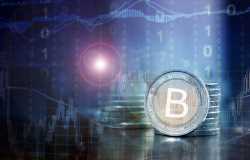 The news, along with all the panic surrounding the split of bitcoin cash, might have overshadowed some of the more positive developments bitcoin has had the chance to go through in the last few weeks. There’s a growing trend of adoption and recognition that bitcoin is receiving from high-level individuals as well as institutions in business and finance.

The cryptocurrency economy has been receiving a lot of positive feedback from world renowned analysts and top figureheads in financial firms recently. About a year ago, it was stated by Chris Burniske, the analyst of the first public fund manager to invest in bitcoin (ARK Invest), that bitcoin is used by capital market investors as a hedge in case of worst case ‘disaster’ scenarios coming to life. Burniske made mention of bitcoin’s inverse correlation with real-world events investors would rather have the market avoid if they were to come to fruition.

The notion of bitcoin being used by major institutions as a reserve currency and as a modern alternative to gold seems to be coming closer to reality now that big investors are continuously showing more interest for cryptocurrency. Just this previous month, we had several analysis make mention of the notion that bitcoin has strong potential as a reserve currency and this it performs well as a hedge. Most notably, Francisco Blanch of Merrill Lynch said that for bitcoin to continue booming, a “crucial hurdle” it would have to overcome would be its use as a collateral by major institutions.

Then there was also Ronnie Moas, the founder of Standpoint Research. He made mention of bitcoin’s strengths and was overall bullish about its future. He went on to state bitcoin has the potential to take away part of gold’s market cap as more investors see bitcoin’s growth potential. Both reports above are in accordance with the earlier signaling of top Wall Street analyst Tom Lee, who said that he could see bitcoin ‘cannibalizing’ gold.

This recognition signals a changing landscape in what used to be a hard to overcome barrier of entry for bitcoin and cryptocurrency in general. The prejudice bitcoin experienced at its early stages from market analysts in the past few years was astonishingly blunt and didn’t give it much of a chance to showcase its potential for innovation. Now, with a continually rallying price since the beginning of the year and interest for bitcoin growing from investors, many institutions and figureheads have come to reconsider.

There’s no lack of recognition from authorities either. With more than $1.2 billion reportedly invested in Initial Coin Offerings, it’d be hard for authorities to ignore such a trend. The SEC recently issued a guideline after concluding an investigation on last year’s The DAO project. This report was characterized as a ‘Breath of Fresh Air’ by the token summit creator.

Within it, it was clarified that depending on the circumstances, ICO style offerings could be considered securities. With the SEC also acknowledging that ICOs are here to stay: “This Report reiterates these fundamental principles of the U.S. federal securities laws and describes their applicability to a new paradigm—virtual organizations or capital raising entities that use distributed ledger or blockchain technology to facilitate capital raising and/or investment and the related offer and sale of securities. The automation of certain functions through this technology, “smart contracts,” or computer code, does not remove conduct from the purview of the U.S. federal securities laws.”

Private companies and startups have most probably also gotten wind of the changing landscape in how authorities start to perceive bitcoin more positively while it gains more recognition. Since early July, several companies have announced plans to bring out products and services based on traditional and regulated means, possibly catering to ‘oldschool’ investors.

In a world’s first, the Australian company DigitalX announced that it’s looking to fundraise by converting bitcoin investments to stock: “With our due diligence process satisfied, we look forward to completing the AU $4.35 million transaction entirely in bitcoin, a world’s first for a listed public company,” said the CEO of Blockchain Global said to Coindesk after completing their decision to offer a loan convertible bitcoin to the startup DigitalX. DigitalX was also the first bitcoin related company to get listed on the Australian Stock Exchange.

Innovation also has it’s firsts with bitcoin in two very recent examples. Just days ago, LedgerX, that describes itself as an Institutional Trading and Clearing Platform, became the first regulated bitcoin options exchange. The CFTC approved LedgerX to provide clearing services for swaps and their options could be coming live this fall.

Bloomberg speculated that this development could “touch off a virtuous cycle” for bitcoin adoption. This appeared to be paving the way for further positive developments in the sector as it was followed by news that CBOE Holdings was announcing an agreement with Gemini, the digital currency exchange of the Winklevoss brothers with the goal to launch bitcoin futures.