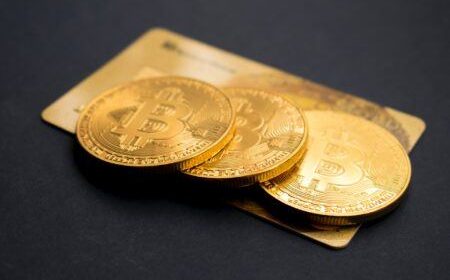 Veteran trader Todd Horwitz has revealed that while he doesn’t believe bitcoin will replace gold as the de-facto store of value, he says it’s a “real possibility” as central bank intervention in the financial markets has been pushing investors toward crypto.

Horwitz’s words came during an interview with Kitco News, first spotted by Daily Hodl, where he both discussed the price of gold, which recently fell sharply from over $1,920 to $1,845, and top cryptocurrencies like bitcoin and ether.

Addressing BTC’s potential as a store of value, the trader said:

Do you think that Bitcoin will replace gold? I don’t think it will replace it. But it’s a real possibility and, of course, in the libertarian world of money you know, we don’t like central bank intervention.

He added that libertarians don’t like money to be created “out of thin air,” and as such he believes the cryptocurrency space itself – referring specifically to BTC, ETH, and “some of the others” – is “going to be around for a long time, forever basically.”

Its market capitalization has now surpassed $1 trillion, and to Horwitz, that is starting to worry regulators. Indeed, European Central Bank President Christine Lagarde has this week called for global regulations on bitcoin while claiming it facilitates money laundering. Lagarde, however, did not cite any specific examples where BTC was used to launder money.

To Horwitz, cryptocurrency adoption is set to increase in the near future, as more businesses will soon start accepting crypto as a payment method. Nevertheless, he does not believe cryptos will replace gold as a store of value.

When asked about investors replacing their gold exposure to BTC, Horwitz said this is a “mistake” for investors, as for now, investors should only invest in cryptocurrency money they expect to lose. He revealed he has invested in BTC, but his exposure is so small that “if it went to zero tomorrow I wouldn’t lose my sleep.”

While he believes the concept of cryptocurrencies is “very good and very solid,” there are questions left unanswered. Over the last few months, several corporations including MassMutual, Square, MicroStrategy, and others have invested in bitcoin.

Late last year, founder of macroeconomic and investment strategy research service Global Macro Investor (GMI) Raoul Pal revealed he has 98% of his net worth in cryptocurrencies.