He transformed it with a motorbike engine, gear box, ignition, bike seat and the steering from a mobility scooter. Guinness World Record officials set Andy a benchmark of over 30mph. 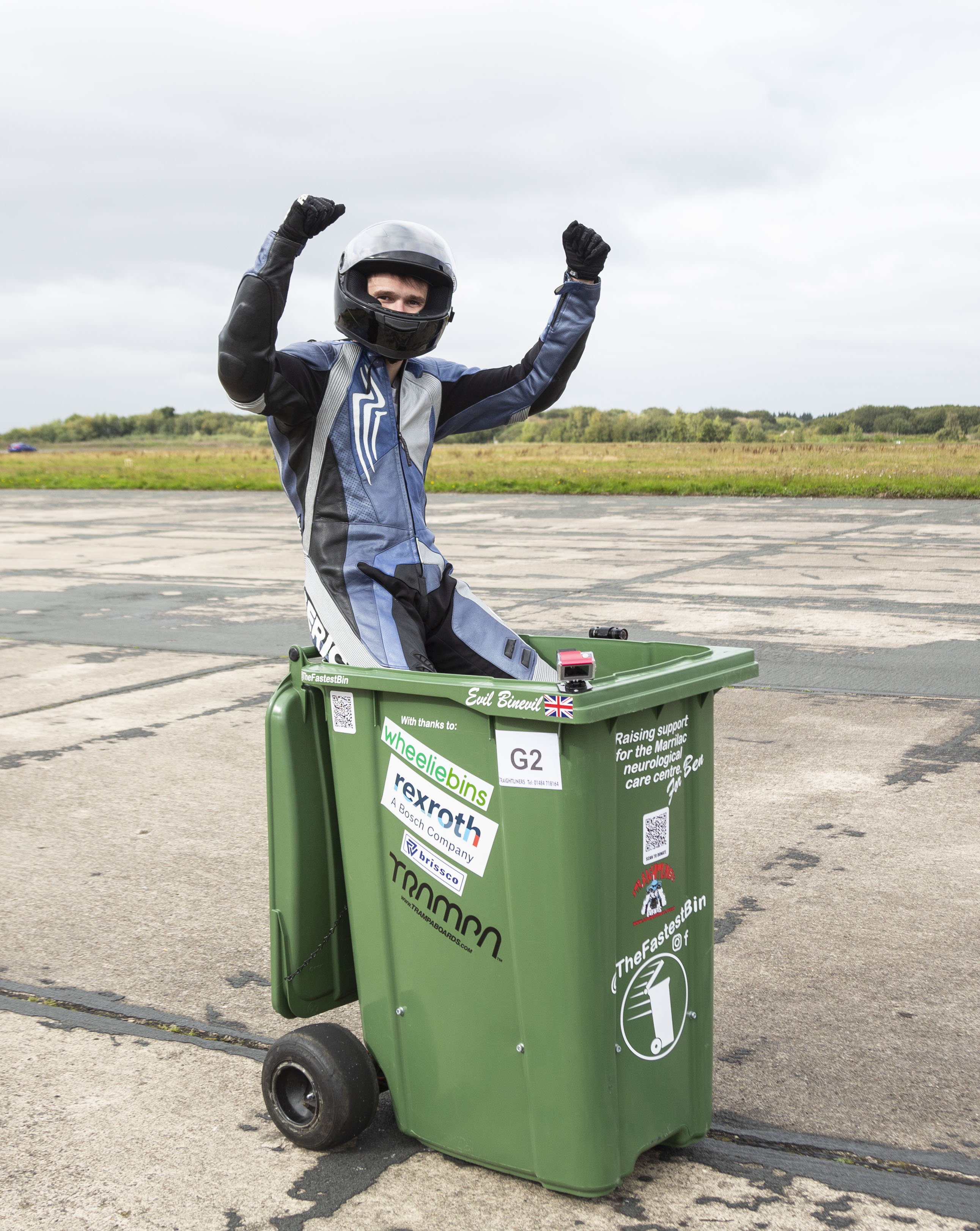 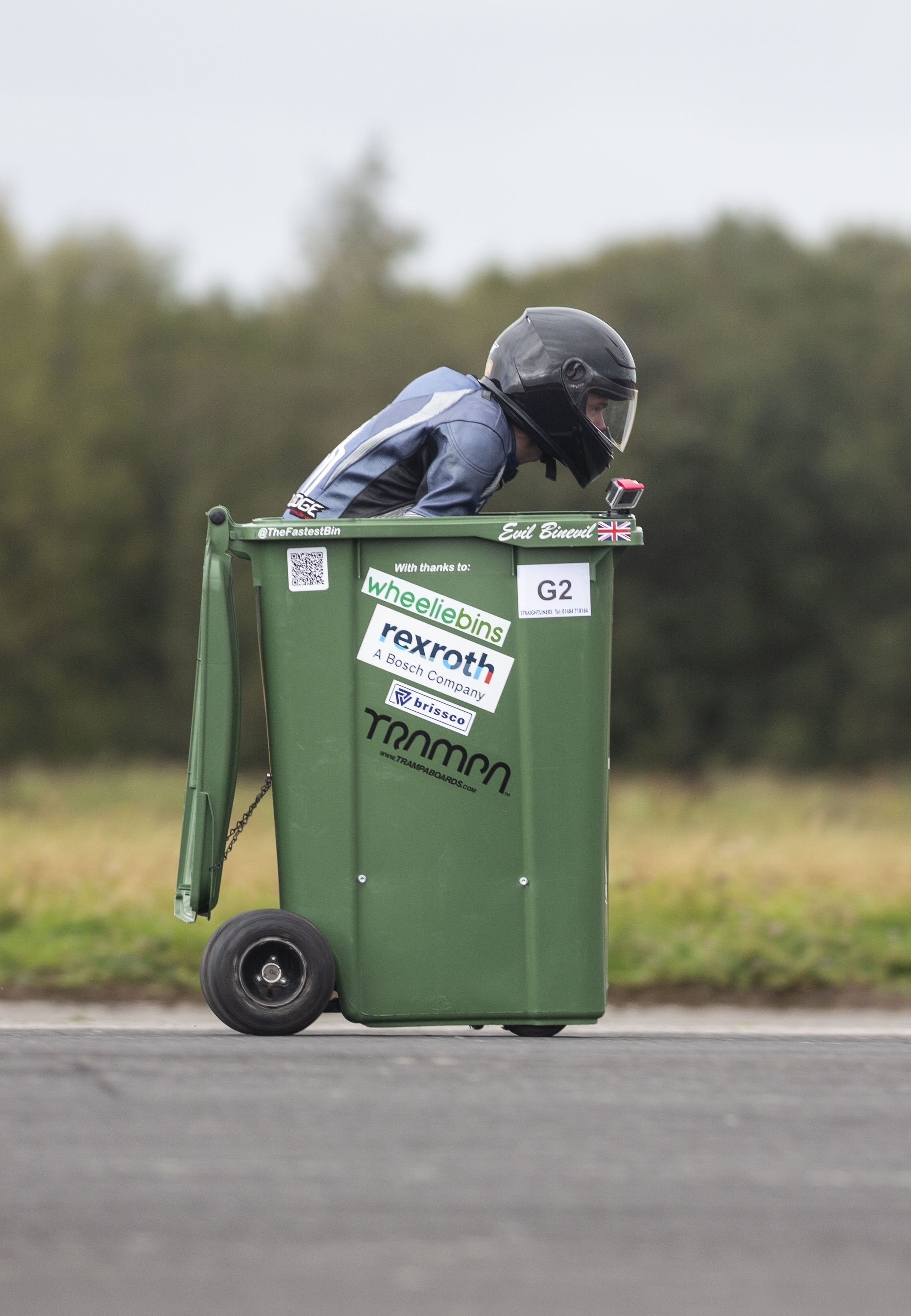 But the engineer stormed down the runway at Elvington airfield, Yorks, at 43mph yesterday.

Andy, whose world record attempt was in memory of his best friend Ben Ellis, who passed away in June, said: "It's been a great day all round.

"It was a bit hairy on my first attempt, because it was quite windy on the runway and I got caught in the crosswinds, so it was pretty bumpy, and pulling to the left and the right.

"I just got myself into fourth gear as quickly as possible, and hoped for the best.

"Once I got to the end of the runway, it was a really nice feeling looking back and seeing all the spectators there cheering me on." 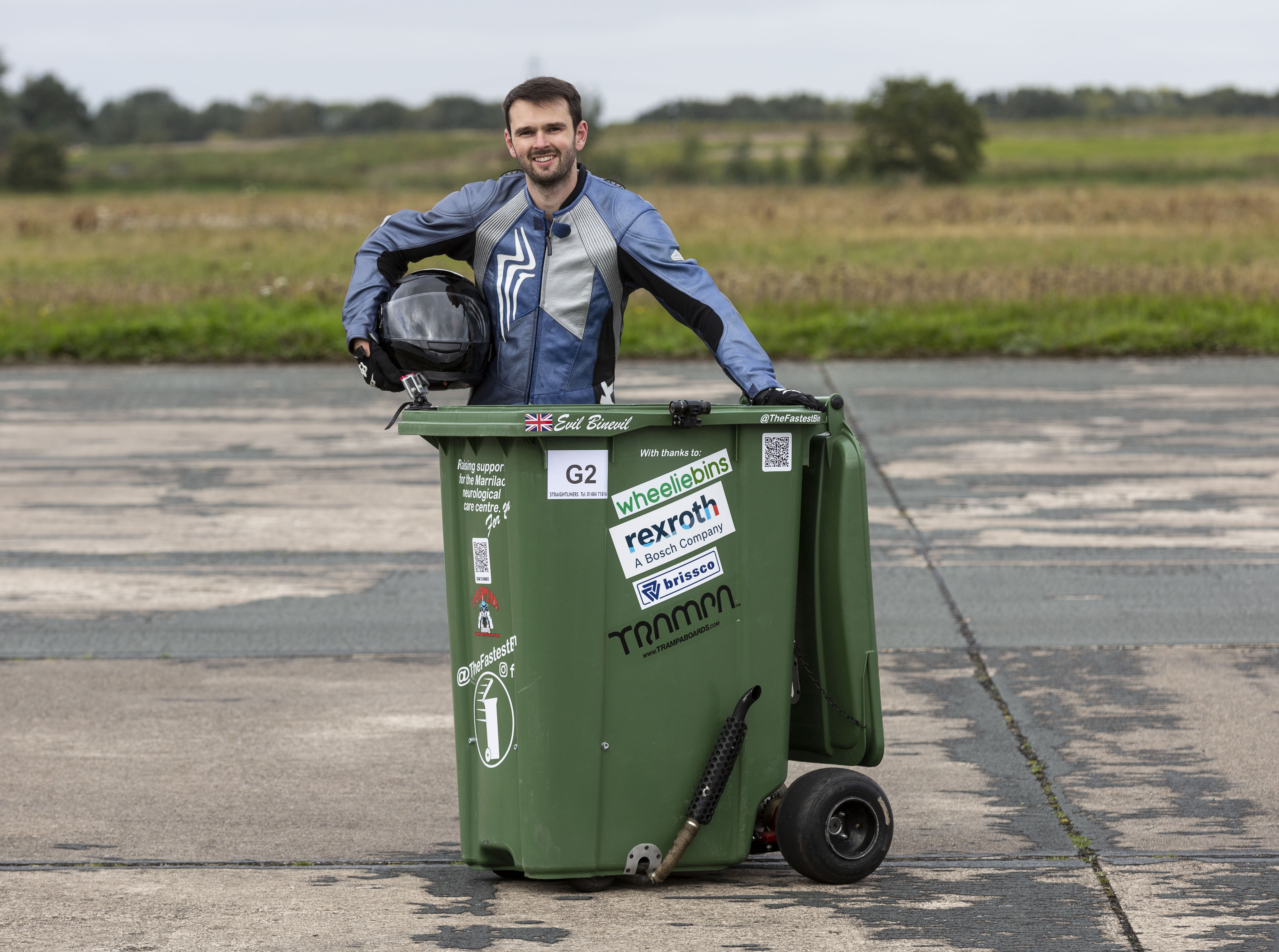 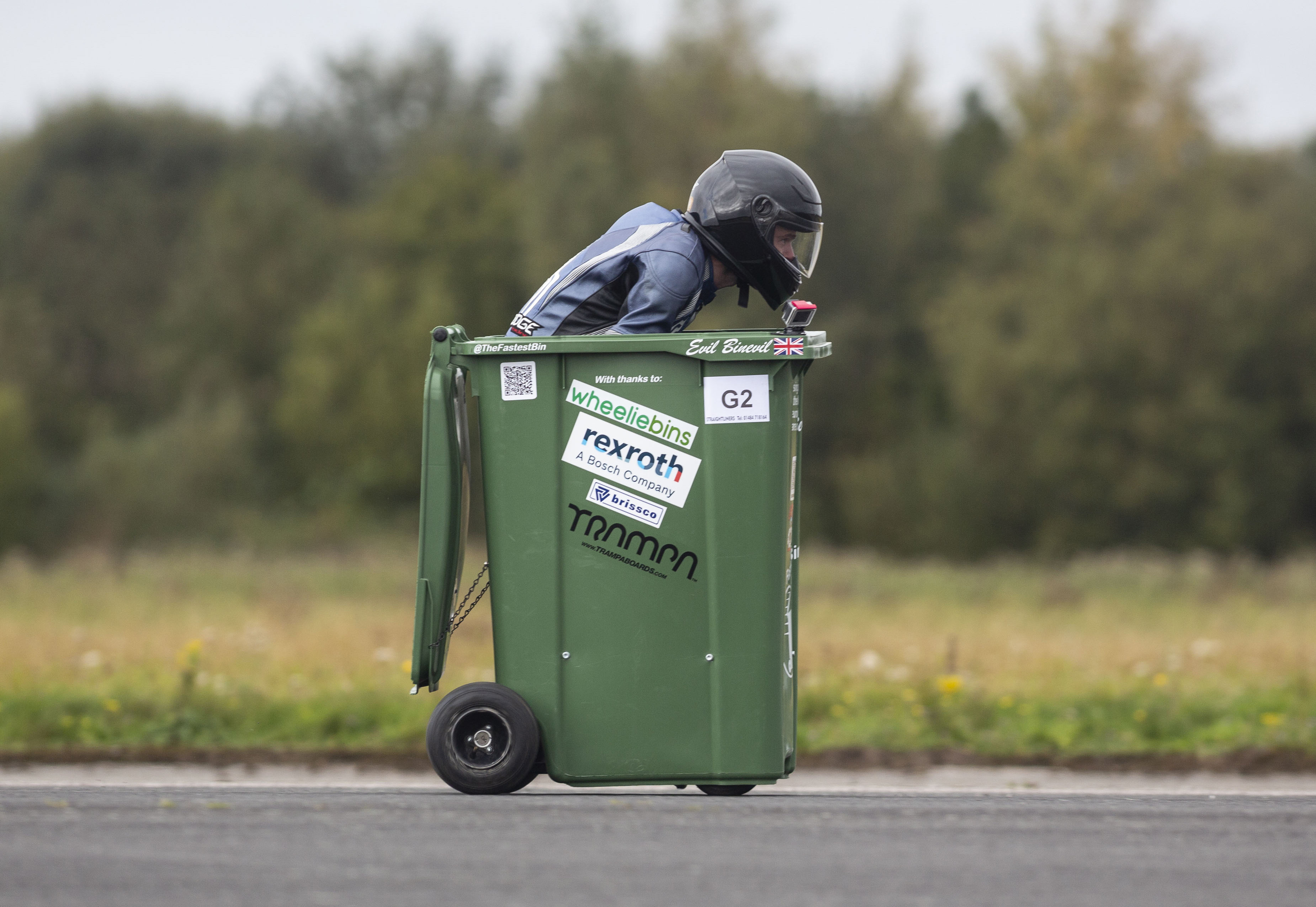 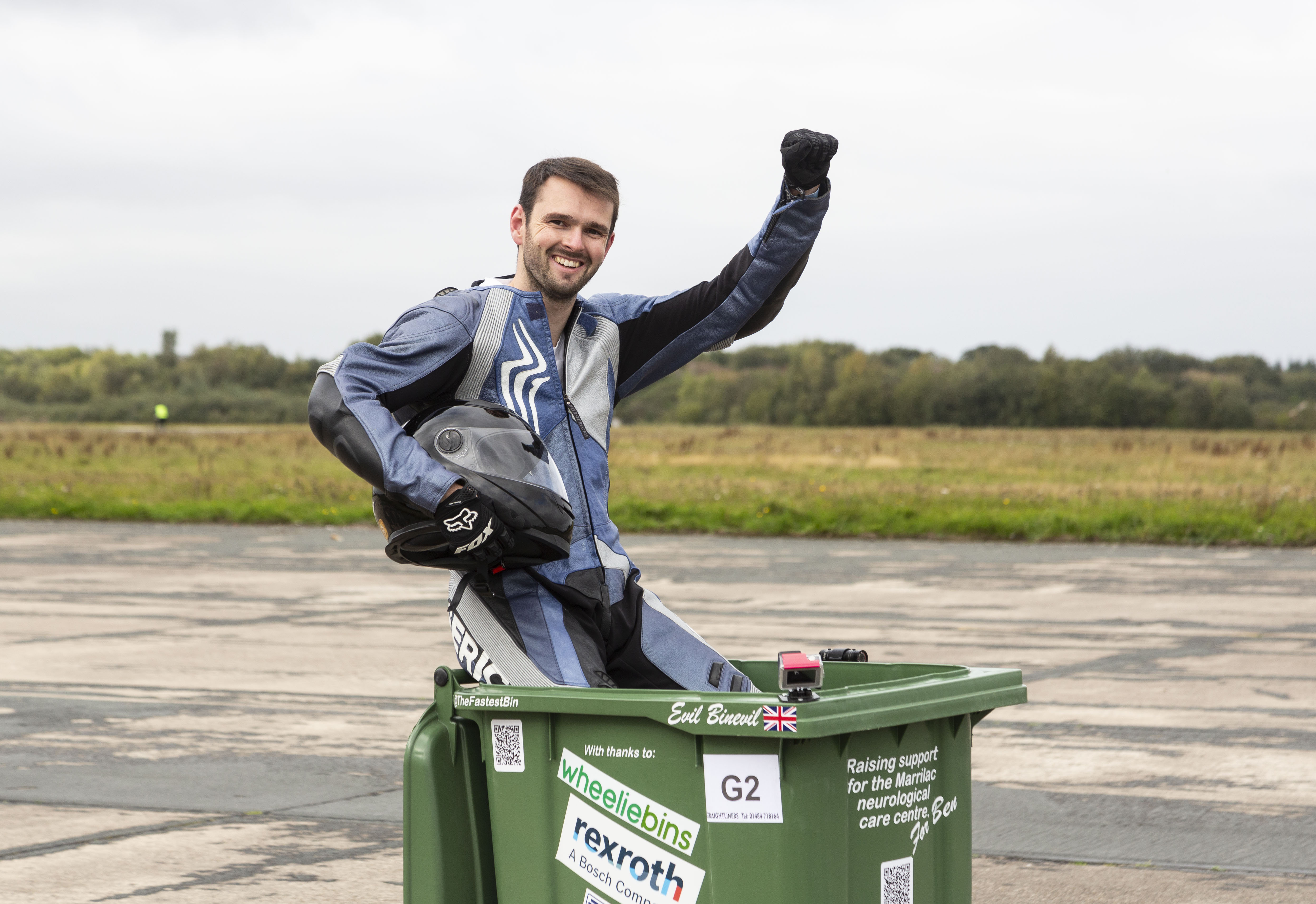 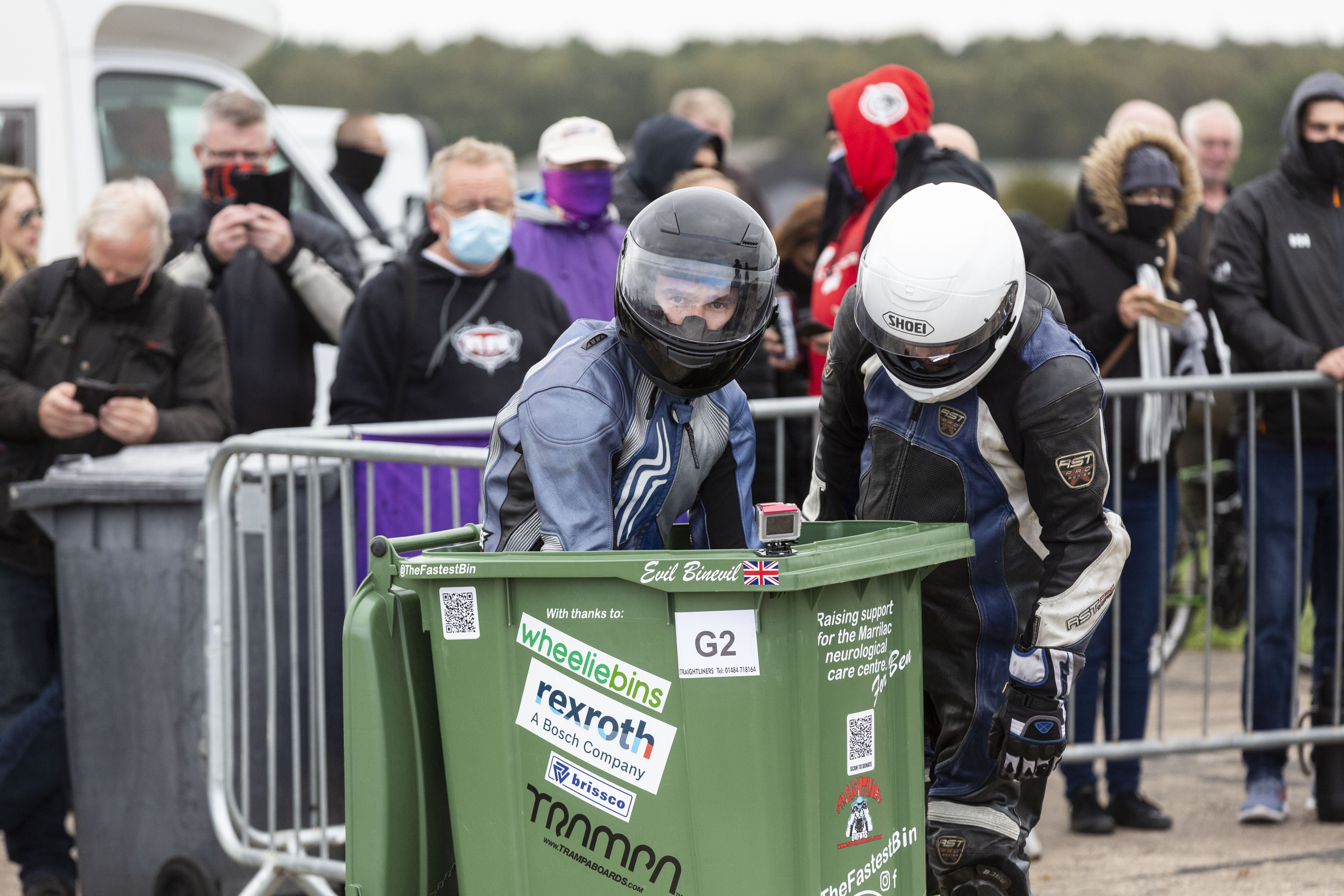 Andy said: "Ben would have been proud of my achievement here today.

"I had some of his family on the phone not longer after I got the record, asking how it had gone and congratulating me.

"Some of the spectators at the airfield also asked how they can donate money to the fundraising page I've set up for his family, too – so that's been good.