Veteran Labour MP is quizzed by police over alleged assault

Police have questioned a veteran Labour MP over claims that he assaulted a local radio presenter in his constituency office.

Ronnie Campbell, an ally of Jeremy Corbyn, is accused of manhandling Gerry Schollar on Thursday during a row about planning permission and job losses. But last night the MP furiously denied the claims – and said that CCTV footage would prove his innocence.

Mr Campbell, 75, claimed Mr Schollar, 53, had been intimidating his staff, saying: ‘I did not touch him, I just pushed him out of the door. I was protecting my staff… the video proves my innocence.’ He added: ‘He came unstuck with me.’ 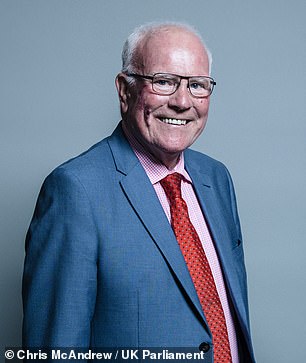 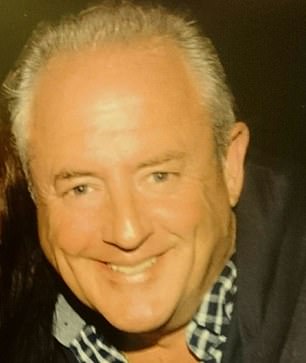 Ronnie Campbell (pictured left), an ally of Jeremy Corbyn, is accused of manhandling Gerry Schollar (right) on Thursday during a row about planning permission and job losses

Mr Schollar visited Mr Campbell at his surgery office in Blyth, near Newcastle, to discuss an ‘ongoing constituency matter’ which they had been exchanging emails about over a number of weeks. Sources close to Mr Schollar said the DJ had gone to Mr Campbell to ‘thank him’ for ‘partially helping’ on the issue, believed to be a planning matter, but wanted to tell him that not enough had been done.

It is at this point Mr Schollar allegedly received a ‘torrent of abuse’ from Mr Campbell, who then allegedly assaulted him and shouted at him as he left.

Mr Schollar, a presenter who goes by the name Toon Geordie on a local station called Koast Radio, posted messages on his Facebook and Twitter pages about the incident soon afterwards.

He tweeted on Thursday: ‘I kid you not. At 13.04 today, I was assaulted by my MP Ronnie Campbell at his office. If he deletes his CCTV then we all know why. Police on the way.’

Last night, Mr Schollar refused to comment when approached by The Mail on Sunday at his detached house in the coastal town of Blyth. He said he could not comment while the police investigation was ongoing.

Northumbria Police said in a statement: ‘At 1pm, May 9, police received a report of an assault at an address on Renwick Road, Blyth. Inquiries are ongoing. No arrests have been made.’

This is not the first time Mr Campbell, a former miner-turned-MP, was at the centre of an assault allegation. In 2002, he stood trial and was subsequently cleared of assaulting a constituent at a local Indian restaurant.

The MP was accused of assaulting diner Graeme Gillespie, whose companion Denise Longman taunted Mr Campbell for being ‘useless’ and accused his wife, Deirdre, of having an affair with a local councillor.

A row broke out between Mr Campbell and his son Aidan, then 26, and the other two diners, during which the parliamentarian was alleged to have punched Mr Gillespie. But at South East Northumberland Magistrates Court, a waiter testified that it was Aidan who threw the punch, and not Mr Campbell.

Mr Campbell was a miner between 1958 and 1986. He led the picket lines during the miners’ strike in the 1980s and was arrested twice for it.

After a brief stint as a councillor, he became an MP in 1987. He was one of 36 Labour MPs who nominated Jeremy Corbyn as a candidate in the Labour leadership battle in 2015.

Mr Campbell added last night: ‘This is a load of nonsense. I have always made it clear that Ronnie Campbell does not do planning cases.’

No place to go: Syrian families fleeing Idlib stranded on the roads
Crypto

Ontario teachers’ strikes: Programs and camps available for kids on Feb. 21 in Simcoe County
We and our partners use cookies on this site to improve our service, perform analytics, personalize advertising, measure advertising performance, and remember website preferences.Ok