BRITS are set to sizzle in a 25C scorcher tomorrow, before Hurricane Humberto batters the nation bringing heavy rain and strong winds next week.

The Met Office has warned Brits that only a few days remain of the Indian summer weather as thunderstorms and a cold front descends are heading towards the British Isles. 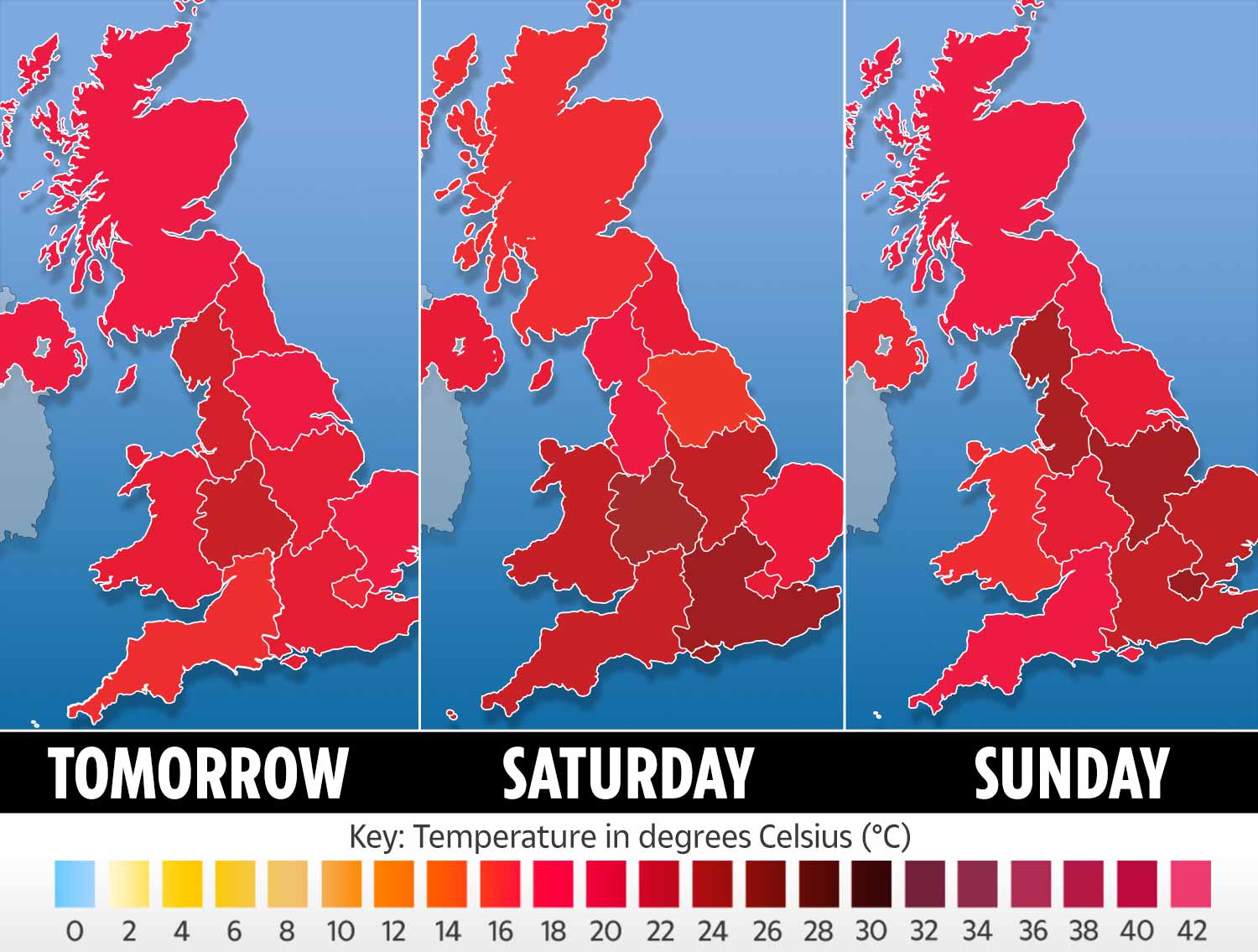 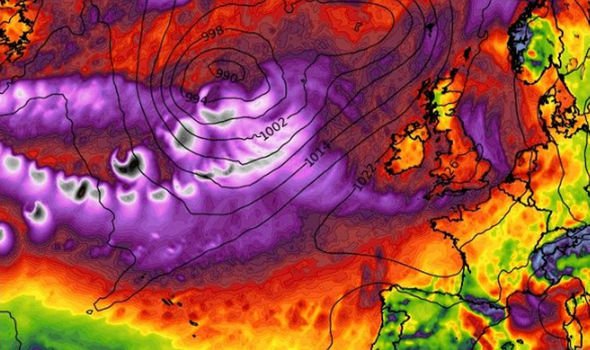 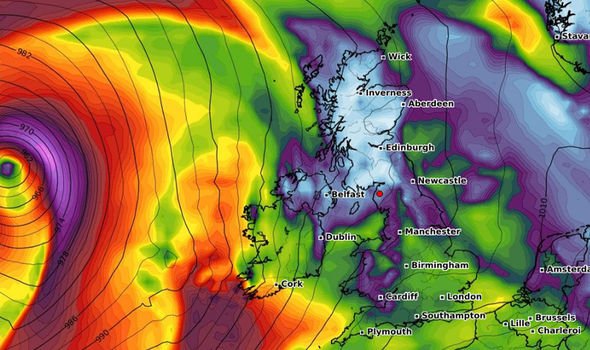 Category 3 Hurricane Humberto is currently in the Atlantic and the Met Office has said remnants of the storm will bring misery to the UK.

Brits are enjoying the last of the summer sunshine this week with temperatures remaining in the 20s, but by next week the UK weather forecast will become more unsettled.

Met Office meteorologist Helen Roberts advised people to "make the most of the sunshine" before the unsettled weather kicks in on Sunday.

She said most of Britain will bask in balmy weather on Saturday, with temperatures likely to reach 26 or 27 C in the South East.

And tomorrow will be "beautiful", she said.

Roberts said: "Tomorrow will be a beautiful day throughout the whole of the UK – barely a cloud in the sky and lots of sunshine, with temperatures reaching around 24-25 C in some parts. 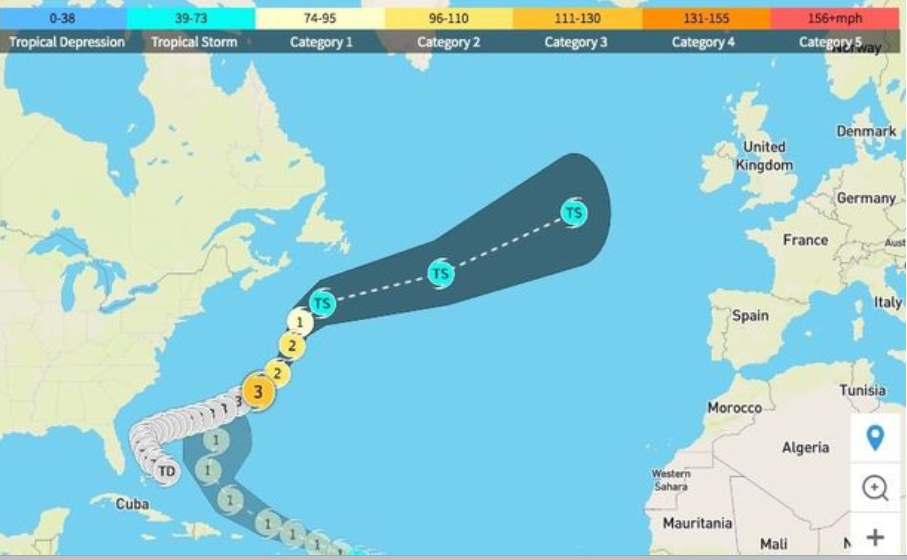 "But Saturday will be even warmer and temperatures could reach 27C in the South East. However, late on Saturday and into Sunday will see a change, with more unsettled weather making its way across the country as the remnants of Hurricane Humberto hit the North West.

"This low pressure will bring wet and windy weather – and some thundery showers – so make the most of the sunshine while it lasts."

Even though Hurricane Humberto will no longer be categorised as a hurricane by the time it reaches the UK, it will still impact the forecast.

A Met Office spokesman earlier told Sun Online: "With the hurricane it will become more modified by the time it reaches us.

“We are in for a wet wrath of it when it arrives.

"We will have some rain over the weekend, but the remnants of the hurricane will come on Monday.

“It will bring cloud, rain and wind, but nothing too severe at the moment.

“It may be something that will require a weather warning a later time."

He added that it is too early to tell how much rain and wind is set to be unleashed next week.

SPONSORED CONTENT: How to save £219 a year off your energy bills

BEAT energy price rises year after year with Switchcraft. It's free and it could save you an average of £219 a year.

News UK has a brand partnership with Switchcraft. The £5 will be paid into your bank account within four months of completing the switch. Prepayment meter customer customers will receive a £5 Amazon voucher. Open to those 18 and over. UK residents only. Click here for full T&Cs.

Met Office spokeswoman Nicola Maxey added: "Temperatures will rise day on day through the week with Saturday expected to be the warmest day of this spell of weather.

“We could see temperatures widely in the low 20Cs although parts of the country could even reach 27C as warm air is pulled in from the south.

“However there is going to be a change in the weather from Sunday when we move to a more unsettled, mobile pattern as low pressure starts to come in off the Atlantic.

“Some of the energy associated with ex-Tropical Storm Humberto could get caught up in this after the weekend bringing heavier rain and stronger winds.

“We will also see temperatures return to the high teens which is closer to normal for the time of year.”

Monday will be a dry start for most and in the West there will be cloud, rain and strengthening winds.

Unsettled weather will blow through this week bringing spells of rain and potential gales in the West and North.

She also said this weekend will signal a transition between summer and autumn.

Ms Maxey said: "Next week is looking much more unsettled. There is a definite autumnal feel with the sunny days but you are also getting the colder nights.

“But it’s not unusual to have warm spells in autumn."

The Met Office monitors two different dates to mark the start of the autumn season, the astronomical autumn and the meteorological autumn.

Astronomical autumn is defined by the Earth's axis as it orbits around the sun and officially begins on the autumn equinox taking place this year on September 23.

Forecasters also use the start of September each year to mark the meteorological autumn, as it divides the year neatly into four seasons and is used for record-keeping and trends. 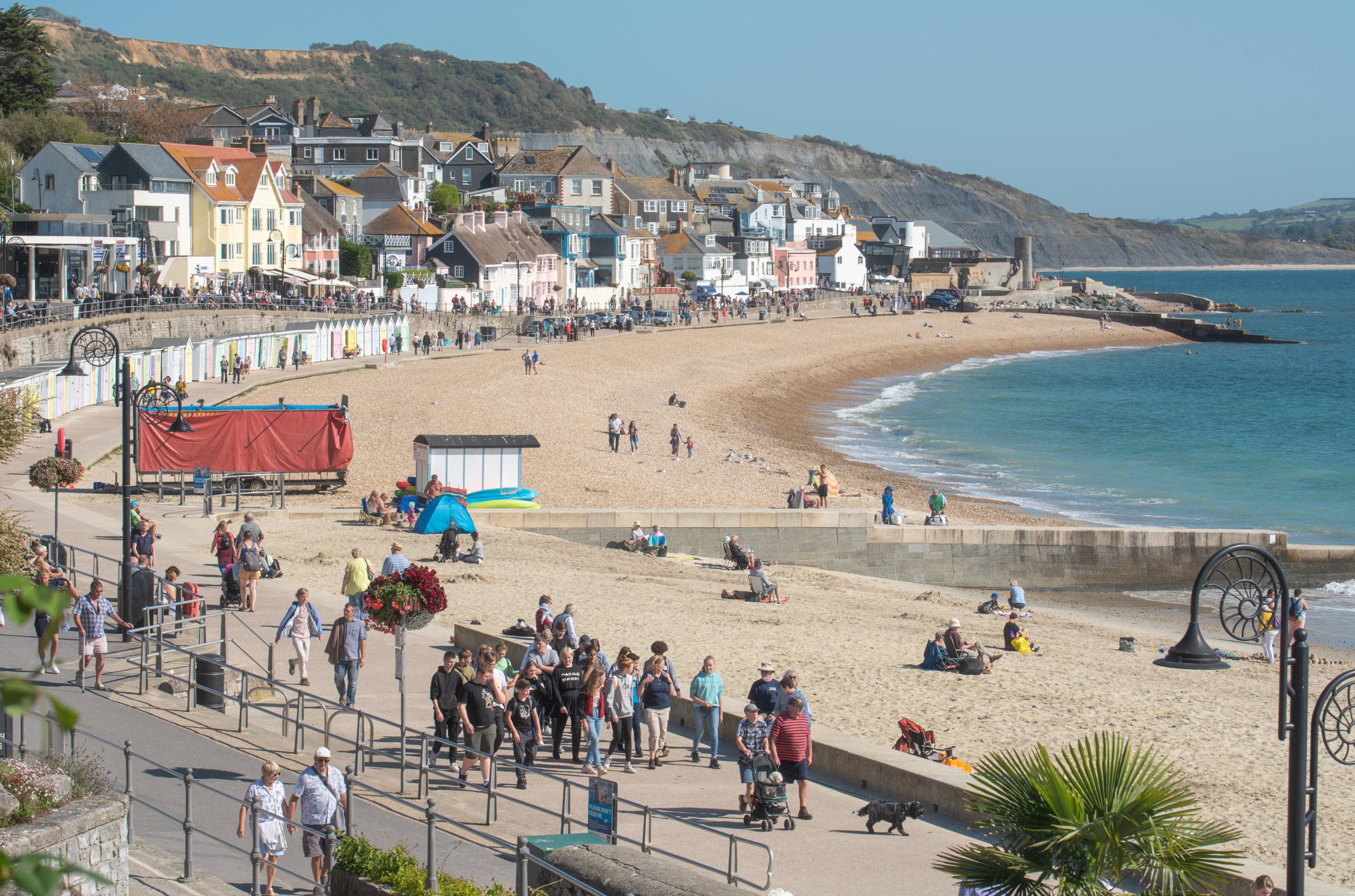 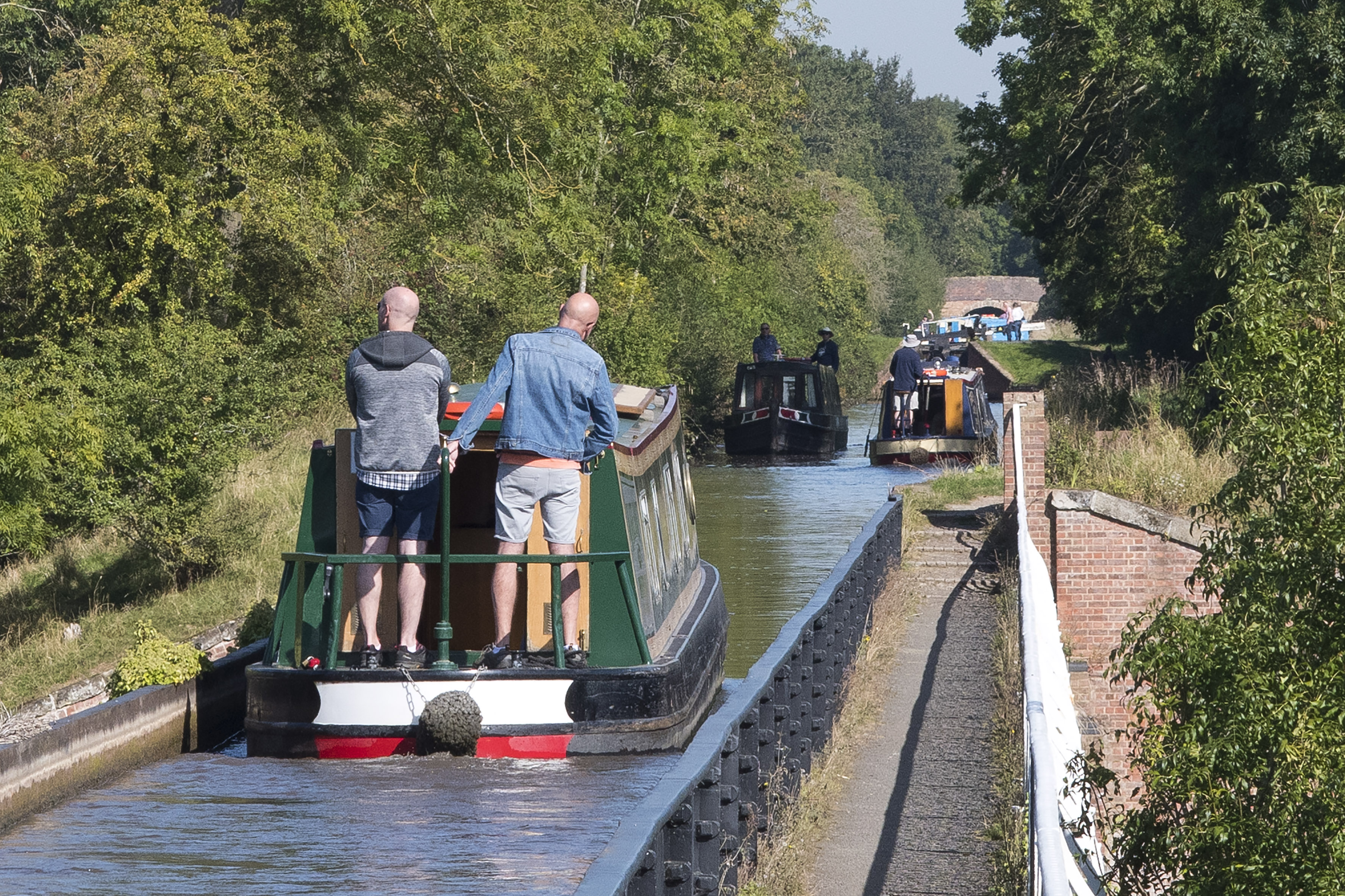 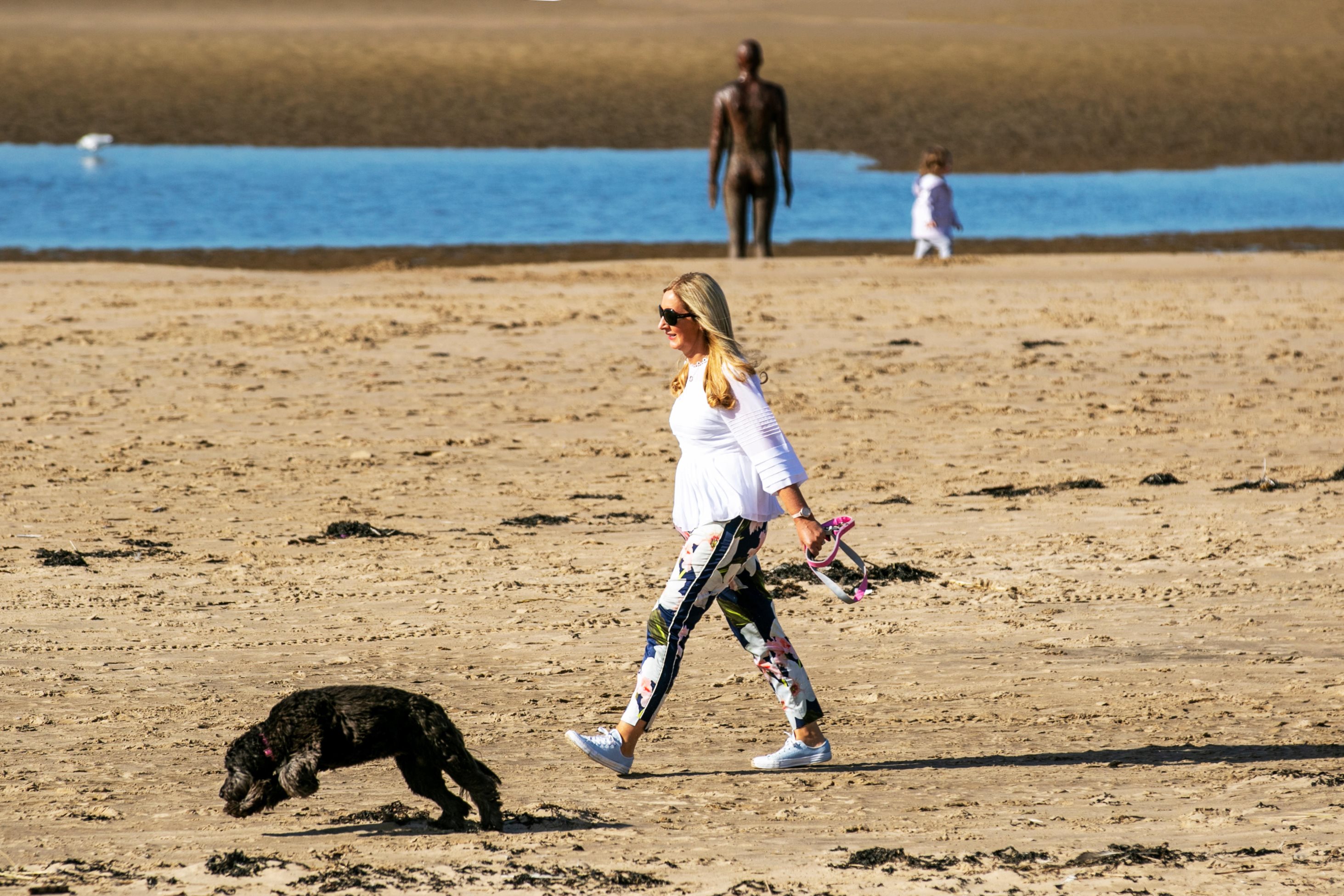 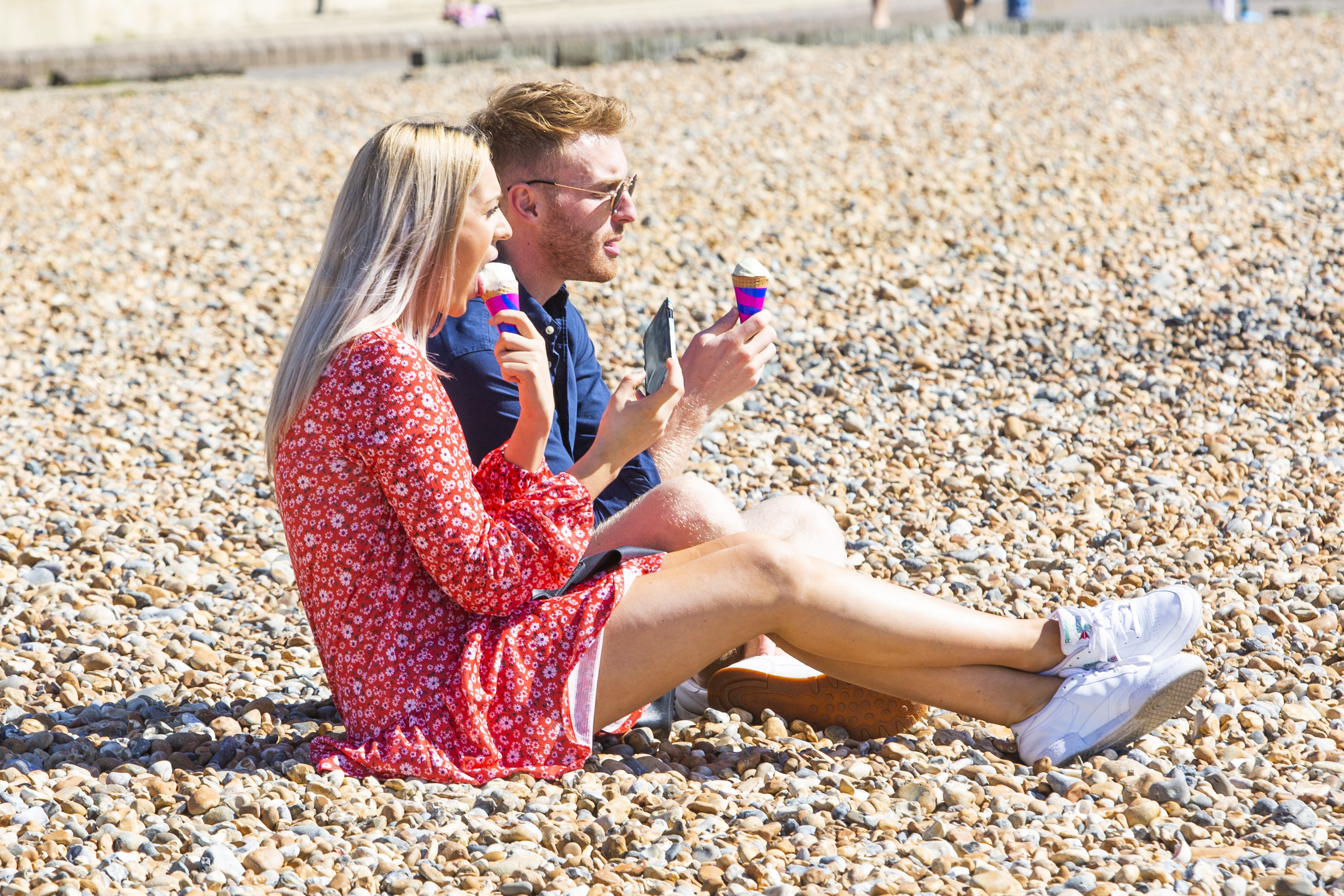 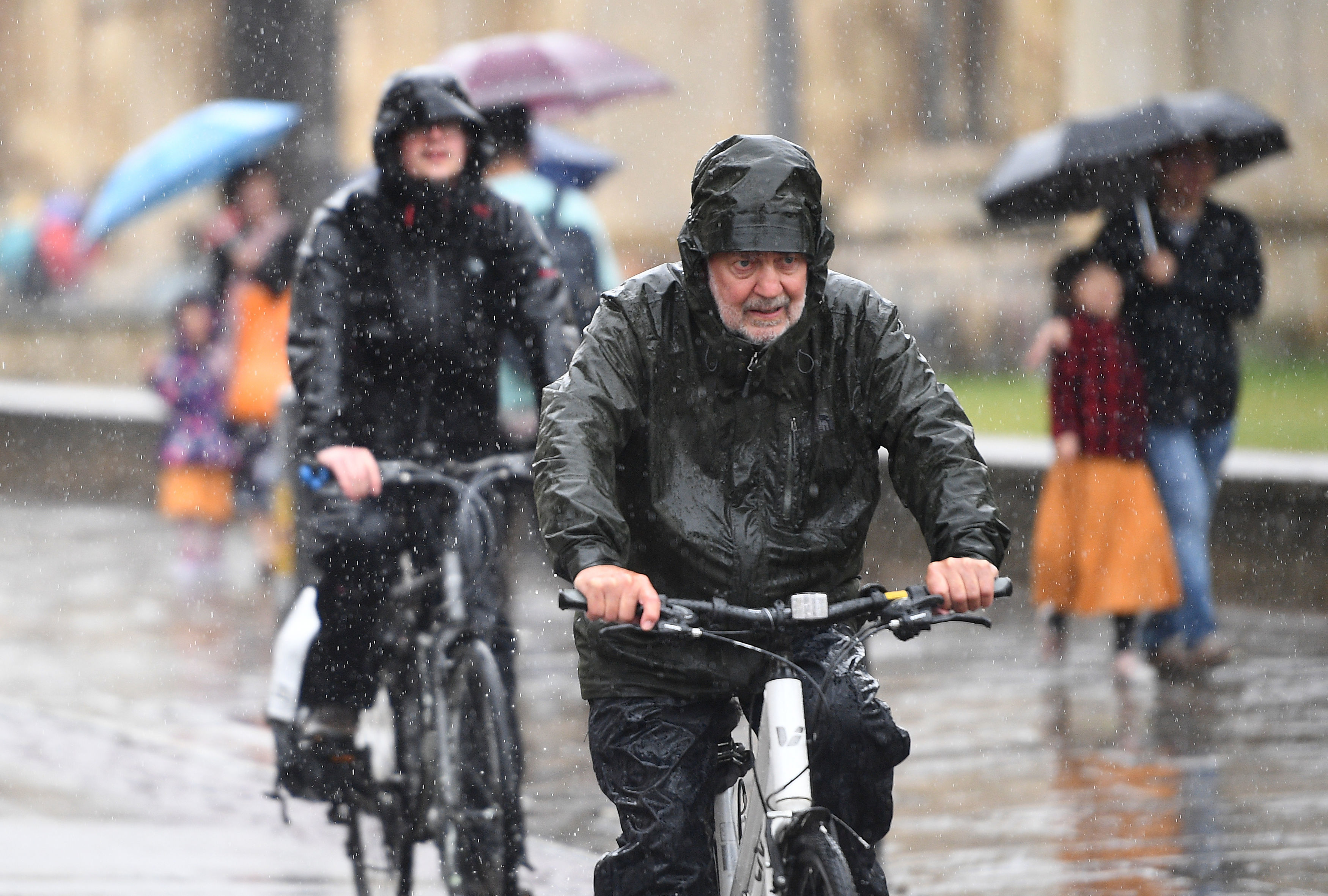