High pressure from the Atlantic will sweep across the UK next week, which will bring highs of 30C in London, along with 26C in North Yorkshire and 23C in Scotland by July 13, according to Net Weather’s hot weather maps. The latest forecast on Weather Outlook added “warmer days” will arrive next week.

It said: “Monday brings sunny spells but there will be showers in the north and east. Northwesterly winds keep it cool for July.

“Tuesday is looking dry and bright for southern and central regions. In the north heavy outbreaks of rain are expected to spread eastwards.

“The changeable theme continues for the rest of next week.

“The south should have quite a lot of dry weather and there will be some warmer days. In the north it stays unsettled with showers or longer spells of rain and at times they could push southwards.” 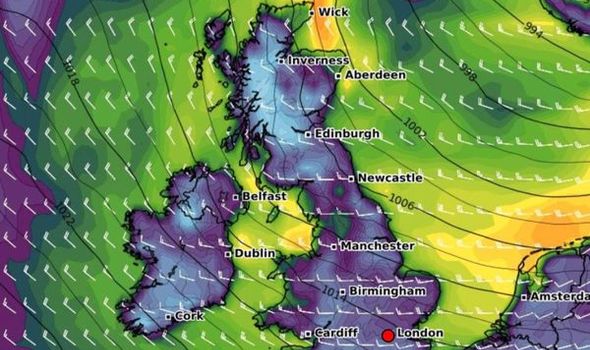 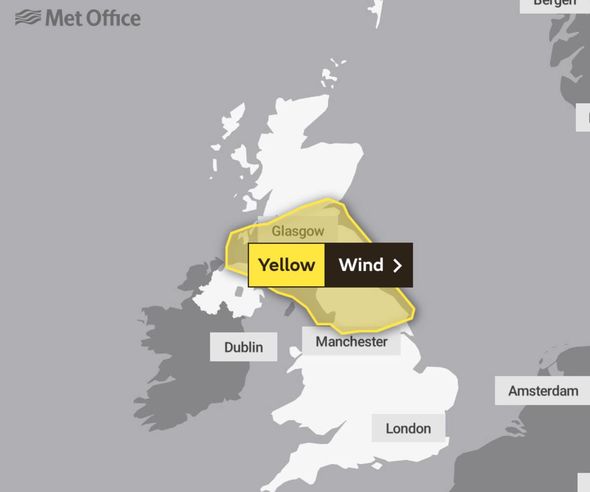 He said: “Complex low pressure to the South of Iceland is feeding a conveyor belt of Atlantic fronts across the country that are currently straddling Northern Ireland and the North of England.

“These are giving a lot of cloud and patchy mostly light rain, at the moment the heaviest bursts of rain are in the West where we have mist and some hill and coastal fog.

“Most places keep a lot of cloud, but over East Scotland and to the lee of the Pennines and Welsh mountains where you’ll have shelter from a stiff wind, skies will break in places to give some sunshine.” 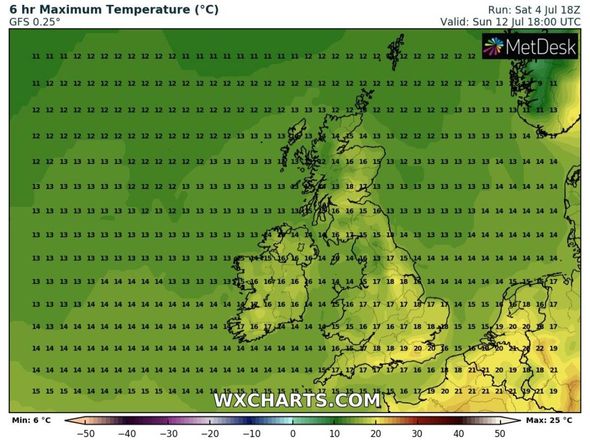 He added there will be highs of 24C at the maximum.

Mr Scholey said: “A South West wind will be fresh or strong, with gusts in excess of gale force in exposed areas.

“Despite this, it’ll become warm even locally very warm where the sun comes through with 22 to 24C possible on a humid day. 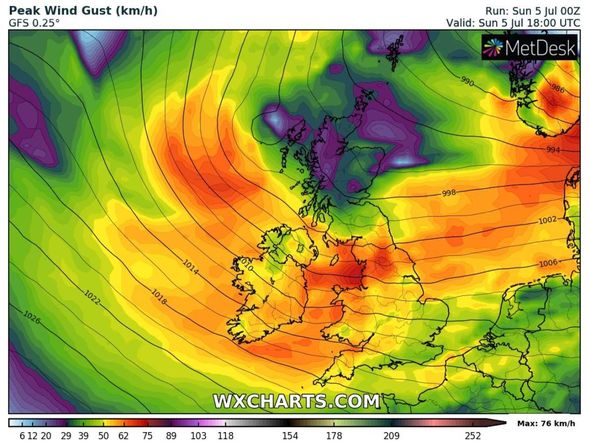 He added stong winds will reach 50mps in some parts on Sunday.

He said: “After some rain in central and eastern areas at first, Sunday is very boisterous, with a fresh of strong West or South West giving further gusts of 35 to 40mph and to 50mph in exposed areas.

“There’ll be passing blustery showers most frequent in the North and West where some will be heavy and squally giving local hail and thunder.

“In the East and South, the showers will be fewer allowing sunny spells, with the wind decreasing a little towards evening. 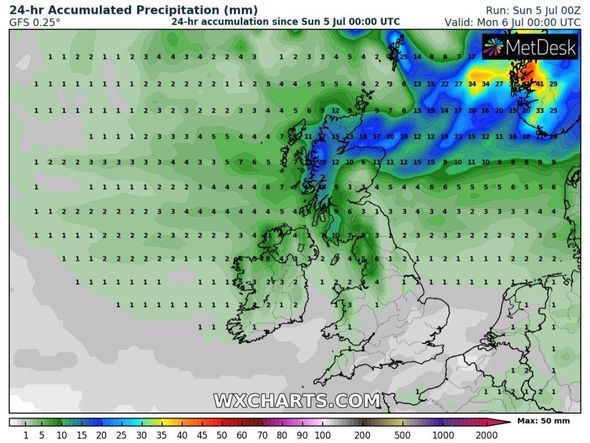 “In conditions more akin to autumn than summer though, top temperatures will be 12 to 15C in the North and 17 to 20 further South.”

The Met Office has issued a yellow warning for gusts of 60mph wind in northern regions of England and Scotland today.

This is due to low pressure from the Atlantic blasting Britain this weekend.

This will last until 4pm on Sunday and affect areas in Teesside, such as Stockton-on-Tees, as well as Newcastle, Cumbria and Dundee.

North Korea's leader is tapping his own private food reserve to feed the country, and it could be a worrying sign
Latest Posts

Former Illinois Gov. James Thompson, ‘Big Jim,’ Dies At 84
We and our partners use cookies on this site to improve our service, perform analytics, personalize advertising, measure advertising performance, and remember website preferences.Ok