BERLIN (Reuters) – Two people were killed in a shooting in the eastern German city of Halle on Wednesday and a suspect was arrested, police said, with broadcasters showing images of an alleged perpetrator dressed in combat garb including a helmet. 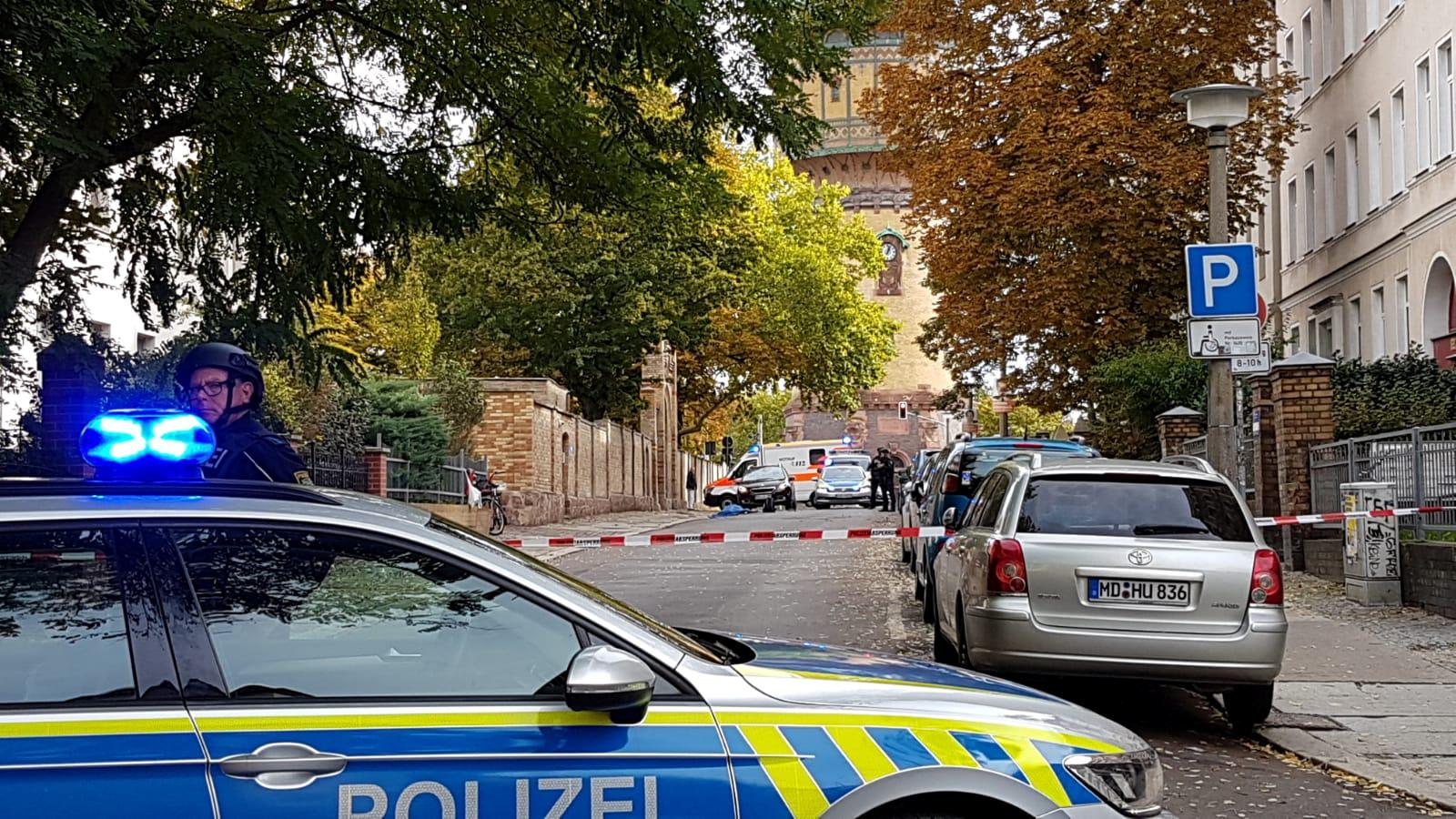 Mass-selling daily Bild said the shooting took place in front of a synagogue, and that a hand grenade was also thrown into a Jewish cemetery. An eyewitness told n-tv that someone had also fired shots into a kebab bistro in Halle.

The violence occurred on Yom Kippur, the holiest day of the year in Judaism when Jews fast for 25 hours, seeking atonement.

An unnamed eyewitness told local media the assailant at the synagogue was dressed in combat gear including a helmet, and had thrown several explosive devices into the cemetery.

“Our forces have detained one person,” local police said on Twitter. “Please nonetheless remain vigilant.” Earlier, police tweeted: “According to initial findings, two people were killed in Halle. There were several shots.”

“This is terrible news from Halle and I hope very much that the police catch the perpetrator, or perpetrators, as quickly as possible,” government spokesman Steffen Seibert said, interrupting a regular government news conference.

Police did not immediately confirm the media reports associating the gunfire and grenade attack with Jewish targets.

Anti-Semitism is an especially sensitive issue in Germany, which during World War Two was responsible for the genocide of 6 million Jews in the Nazi Holocaust.

Despite comprehensive de-Nazification in the post-war era, fears of resurgent anti-Semitic hatred have never completely gone away, whether from fringe, far-right neo-Nazis or more recently from Muslim immigrants.

Occasional past attacks have ranged from the scrawling of Nazi swastikas on gravestones to firebombings at synagogues and even several murders. In recent years, cases of assault or verbal abuse, in some cases directed against people wearing traditional Jewish skullcaps, have raised an outcry.

Online ‘Plays In The House’ Benefit Reading Series To Launch With Original ‘Heidi Chronicles’ Cast
We and our partners use cookies on this site to improve our service, perform analytics, personalize advertising, measure advertising performance, and remember website preferences.Ok