Stubborn golden retriever refuses to leave the park and runs back

I don’t want to go home! Stubborn golden retriever refuses to leave a park and even wriggles out of his collar to run back and play

A stubborn golden retriever refused to leave a park and go home, and even resorted to wriggling out of his collar to run back and play.

Ursula Aitchison, 31, had taken her two golden retrievers, Hugo and Huxley, for a walk in the park in Stourbridge, West Midlands, when Huxley decided he didn’t want to go home.

One-year-old Huxley planted himself firmly on the floor and refused to move when Ursula tried to take the dogs home.

A video taken by Ursula shows the dog’s hilarious objections. 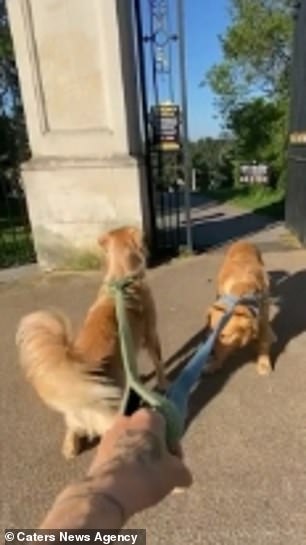 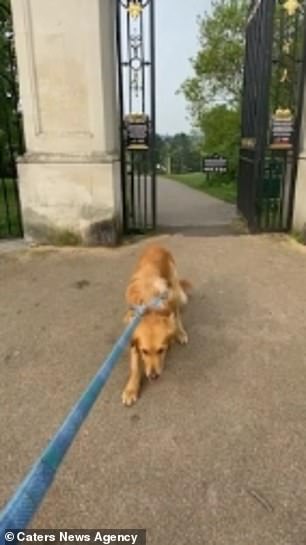 Ursula Aitchison, 31, had taken her two golden retrievers, Hugo and Huxley, for a walk in the park in Stourbridge, West Midlands, when Huxley decided he didn’t want to go home

When Huxley arrives at the park exit he decides he wants to keep playing and sits on the floor in protest, even pulling against the lead to try and stay.

In the video, Ursula says: ‘Come on, time to go home.

‘Huxley you have been in the park for an hour, come on.’

But Huxley makes it clear that playtime isn’t over and starts trying to wriggle free from his collar.

He manages to pull his harness over his head and down to his legs before stepping out of it and running back into the park. 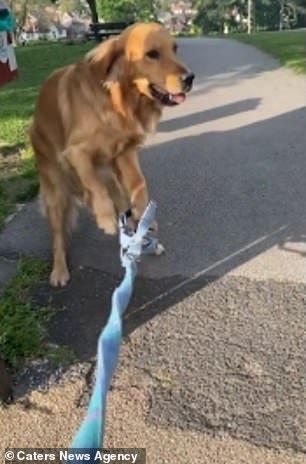 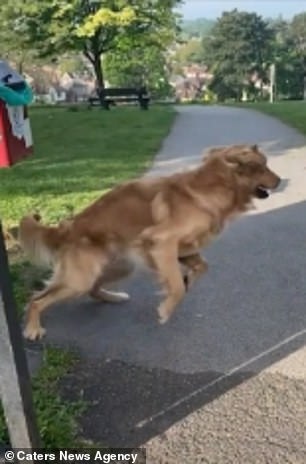 But one-year-old Huxley wriggled free from his collar, managing to pull his harness over his head and down to his legs before stepping out of it and running back into the park

Huxley reappears on camera back on the lead, but further down the road he continues to look longingly back at the park and fight against the lead.

Ursula said: ‘Huxley has discovered his breaks, he has become a teenager and so is trying out all sorts of new tricks to get his own way.’

Ursula also talks to a passerby about Huxley’s hysterical refusal to move in the video, as he remains stationary despite having already left the park.

This is not the first time that the golden retrievers Hugo and Huxley have found fame from their hilarious antics.

Last month, Ursula created a makeshift whack-a-mole game for the pair using carrots and a cardbox box to pass the time during the coronavirus lockdown. 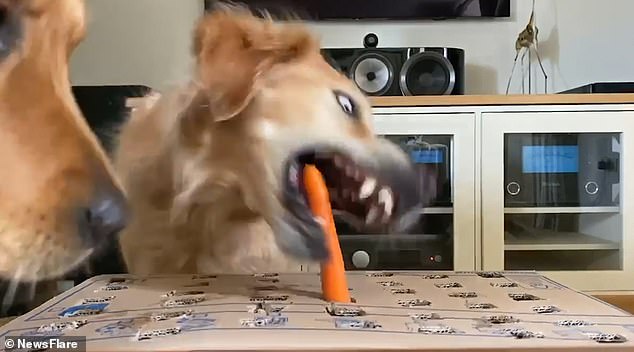 Ursula Aitchison, 31, made a whack-a-mole game for her two golden retrievers Hugo and Huxley using a cardboard box and carrots in their Balham, London, home 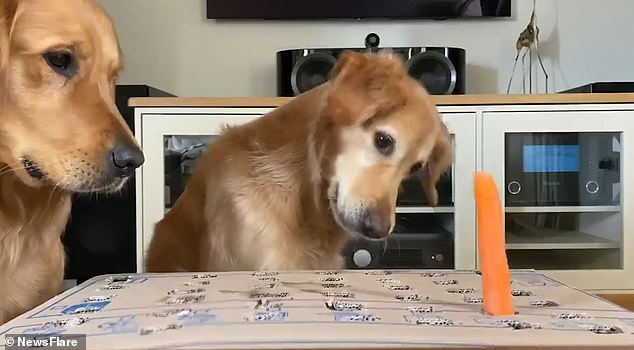 Hugo and Huxley had people in stitches as they were frustrated they couldn’t catch the carrots during the homemade arcade game.

They had a crazed look in their eye as they tried to beat the whack-a-mole game and get one of their five-a-day.

Hugo and Huxley couldn’t understand why they were unable to get a tasty snack and almost pulled the game into the air in frustration.

After both dogs nearly broke the game, they finally managed to win a carrot but not before they had everyone in hysterics.

Ursula said: ‘I made this toy to get them entertained for the day. They are so talented and smart.’

But the first time Huxley found fame was last year, when he was still a puppy and tried to stop his nine-year-old owner from going to school. 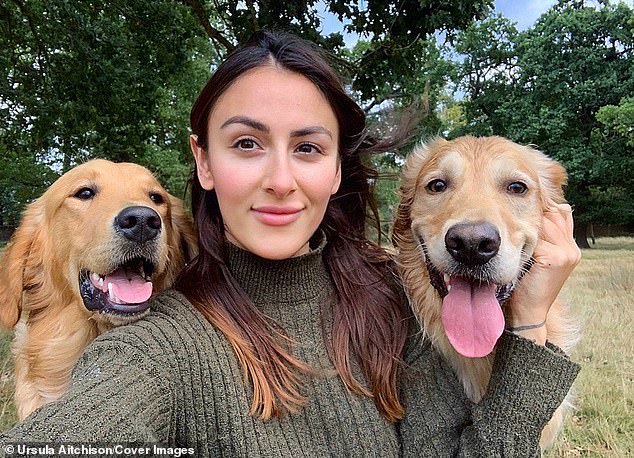 Ursula Aitchison, 31, shares pictures and videos of the dogs on her Instagram page, which has more than 154,000 fans

He was so determined not to be separated from his owner that he clung on to the boy’s legs every morning to try and stop him from going to school.

Maxx, from Balham, London, dragged his foot along while asking Huxley to let go for fear of being late for school.

In a video of the moment, the kind-hearted schoolboy uses a different tactic and reassures the five-month-old puppy that they will be reunited as soon as the school bell rings.

Ursula said what should be a five-minute walk turns into a ten-minute drag all the way down to the school gates. 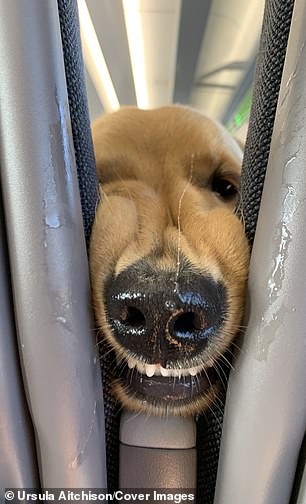 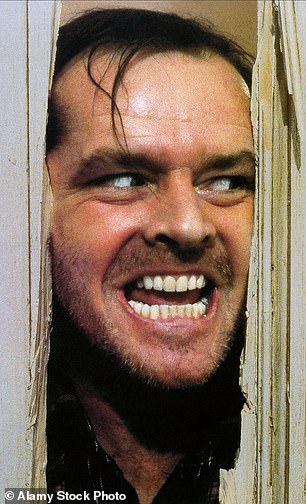 Here’s Huxley: The Golden Retriever squished his snout into the small gap between seats, looking like Jack Nicholson’s villainous character from 1980 horror movie The Shining

Last October, Huxley had people hysterically laughing one again when he did his best Jack Nicholson impression, pushing his head between two train seats.

Ursula explained that, unhappy with the amount of attention he was getting, Huxley moved to sit on the seat in front so that she would have to look at his face.

At first Huxley seemed happy to stare out of the window at passing fields but when she pulled out a bag of snacks the gorgeous Golden Retriever tried to squeeze his snout through the gap.

As well as sharing videos of her own dogs, Ursula also runs her own animal-loving business Phodography, where she photographs people with their dogs.