The Socialists of acting Prime Minister Pedro Sanchez, who had gambled that a repeat parliamentary election would strengthen his hand, finished first but with fewer seats than in the previous ballot in April and further away from a majority, the near-final official results showed.

“One way or another we’ll form a progressive government and unblock the political stalemate … We call upon all the political parties, except for those that work against coexistence and foster hatred,” Sanchez said.

The figures pointed to a legislative stalemate with neither the left nor right having a majority.

The outcome will require party leaders to be creative, negotiate seriously this time and, for some, swallow their pride, after higher abstention rates on Sunday showed that voters are tired of being called repeatedly to the ballot box.

The most likely outcome appeared to be a minority Socialist government. The bigger question would be who its allies could be and how long such a government could last.

The conservative People’s Party (PP) was second and Vox third, mostly at the expense of the centre-right Ciudadanos, which slumped from 57 seats to just 10. Various potential solutions to unblock the stalemate, however, involve Ciudadanos, alongside regionalist parties.

Vox won 52 seats, up from the 24 seats with which it debuted in parliament in April. Its increase in the number of votes across Spain was smaller, however, rising by a third.

Spain had long appeared immune to a nationalist surge that has swept through other parts of Europe in recent elections, with many still remembering the military dictatorship of General Francisco Franco.

But anger with political gridlock and with secessionist unrest in Catalonia appeared to have significantly boosted Vox’s popularity.

Vox leader Santiago Abascal said he would now work to build what he called “a patriotic alternative” for Spain. 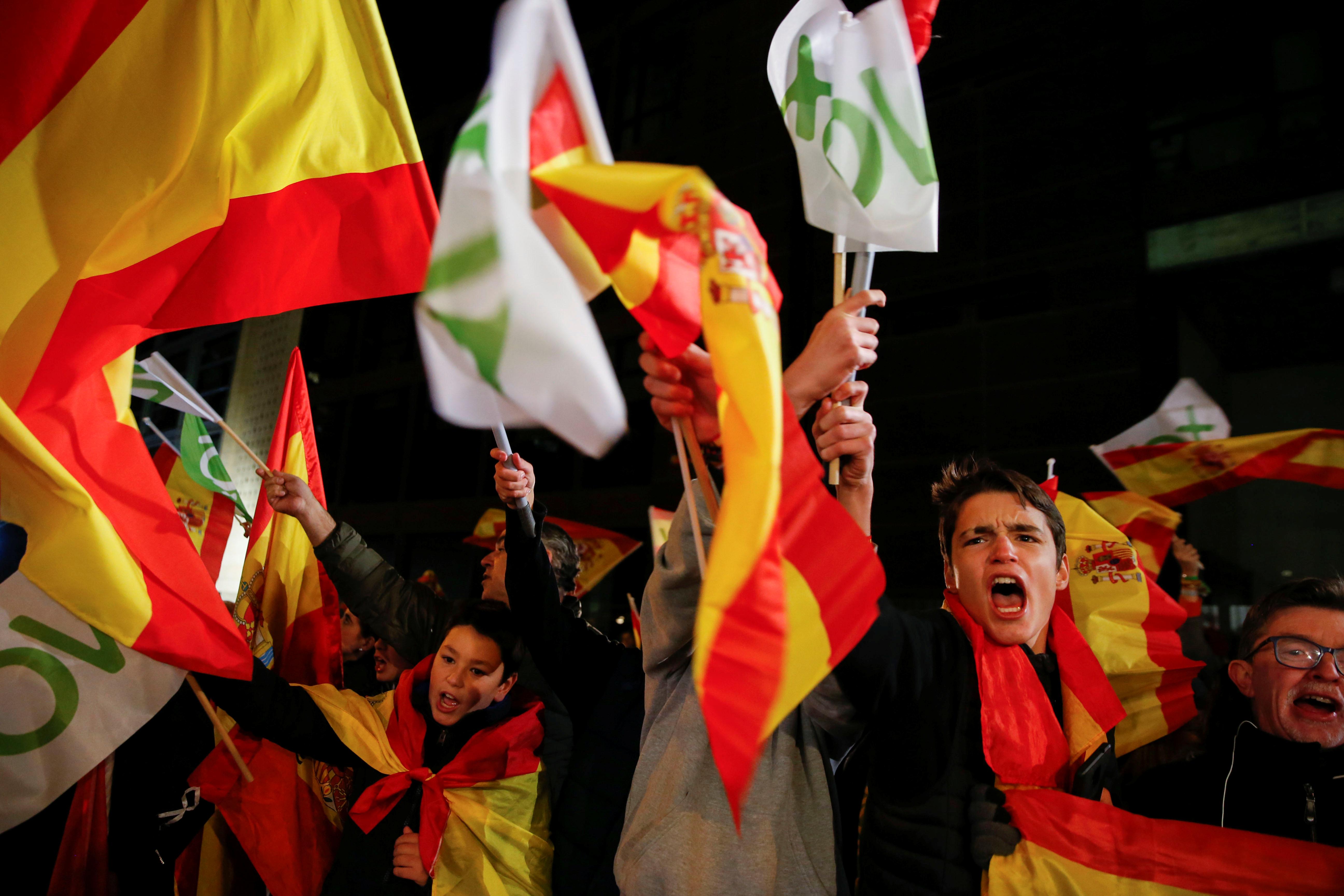 Casting her ballot for the Socialists in Madrid earlier in the day, 64-year old retired history teacher Esperanza de Antonio said Vox was a danger to democracy.

“I’m saying this because I’ve taught about fascism for 30 years,” she told Reuters. Franco ruled Spain as an autocrat from 1939 until his death in 1975.

Following decades after Franco’s death during which power oscillated between the Socialists and the PP, Spain has struggled to put stable governments together since new parties, latterly including Vox, emerged from the financial crisis.

The new parliament, which will hold its inaugural session in early December, will include 16 parties, including several more regional ones and the anti-capitalist, pro-Catalan independence CUP party.

The Socialists won 120 seats, just down from the 123 they secured in the 350-seat house in April.

“We’re ready to negotiate starting tomorrow” with the Socialists, said Pablo Iglesias, leader of the far-left Unidas Podemos which tried and failed to reach a coalition deal with Sanchez after the last election, urging the left to unite this time to stop the rise of populism.

There seemed to be three main possibilities to reach the 176-seat majority in parliament, all of them fraught with difficulties, including the one involving Ciudadanos.

One would see PP abstain and allow Sanchez to lead a minority government. PP leader Pablo Casado, who had in the past repeatedly ruled out supporting Sanchez in any way, made clear breaking the stalemate would be even more difficult than before, but said he would wait for the Socialists’ next move. “Sanchez has lost, now it’s much more difficult for him to form a government,” he said. “Spain cannot wait any longer, but it cannot be hostage to his partisan interests.”

Another option would gather the majority that toppled the conservatives in a corruption scandal last year and first allowed Sanchez to become prime minister. But that would require Catalan separatist lawmakers to back Sanchez, which would be hard to imagine at a time of such tensions with Catalonia.

The third option would be that Ciudadanos would support the Socialists, alongside several regionalist parties.

In another setback on Sunday, Sanchez saw his Socialist party lose its majority in the Senate.