Pictured: Woman who was killed by a hit-and-run driver fleeing police

EXCLUSIVE: Pictured: Woman who was killed by a hit-and-run driver fleeing police as family pay tribute to ‘daughter, sister niece’

The heartbroken family of a young woman killed by a hit-and-run driver fleeing police have paid tribute to a ‘wonderful daughter, sister and niece’.

Anisha Vidal-Garner’s devastated relatives said she had a ‘constant sweet smile and happy nature’ and had grown into a ‘loving, caring and intelligent woman’, in a note attached to flowers left at the scene.

Anisha died instantly after she was struck by a Mercedes Benz car travelling at over 70 miles per hour on Brixton Hill on Wednesday night. 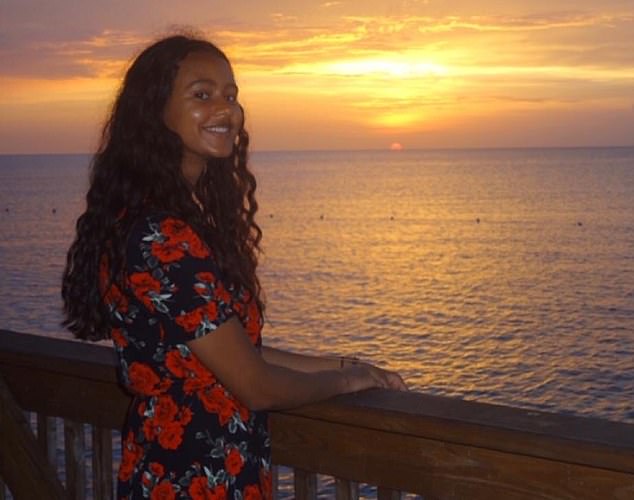 Anisha Vidal-Garner’s (pictured) devastated relatives said she had a ‘constant sweet smile and happy nature’ and had grown into a ‘loving, caring and intelligent woman’, in a note attached to flowers left at the scene

Police had instructed the car to pull over but instead the driver continued at speed, knocking into Anisha at about 60-70mph and carrying on down the road without stopping.

Officers later recovered a black Mercedes-Benz C-Class nearby which had a damaged wing mirror.

Last night a bouquet of flowers were laid close to the bus stop where paramedics had tried to save Anisha’s life.

A tenderly-written note said: ‘I remember when you were first born so small and beautiful with your very tired mother. 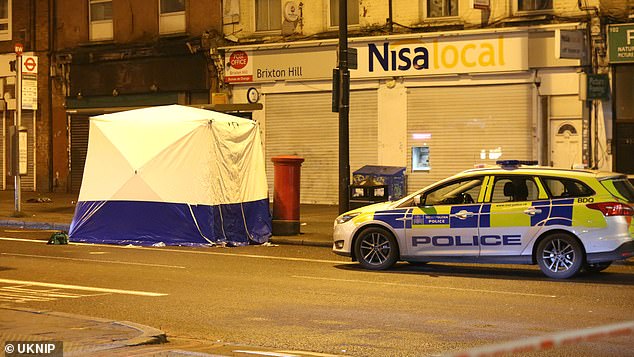 Police had instructed the car to pull over but instead the driver continued at speed, knocking into Anisha at about 60-70mph in Brixton

‘I remember your constant sweet smile and happy nature. I remember you being shy but strong, quiet but confident, beautiful but unaware.

‘I remember watching you as you grew up to be a loving, caring and intelligent woman. I remember drinking a glass of wine with you and talking of your future hopes and dreams.

‘I remember your loving family who adored you and you adored back.

‘You were such a wonderful daughter, sister, niece and friend to so many. I know you will be desperately missed by all whose lives you have touched.

‘Words escape me for my sorrow.’

The note is signed off with: ‘Love as always, Dave, Charlotte, Albie and Freddie.’ 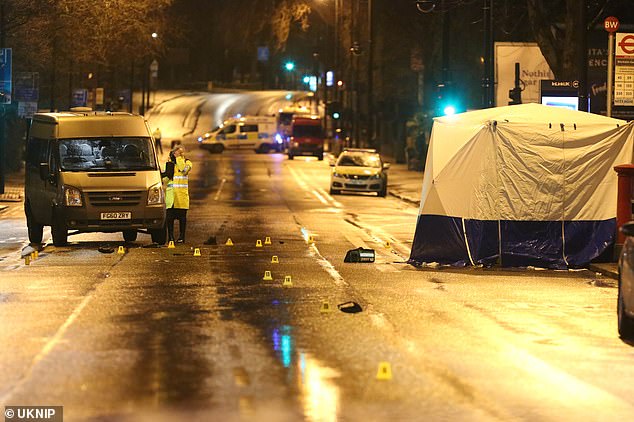 Witnesses said Anisha had been with her boyfriend and a friend when she was struck by the car outside a Nisa Local supermarket. The shocking moment was caught on the store’s CCTV.

The footage shows her trying to cross the road behind a double decker bus when she seems to freeze as the car comes hurtling down the road towards her.

Seconds later a clearly traumatised man stood at the bus stop on the other side of the road watches in horror as she is catapulted through the air and lands in front of him.

As the driver speeds away from the scene, people try to help resuscitate the woman who was pronounced dead at the scene. 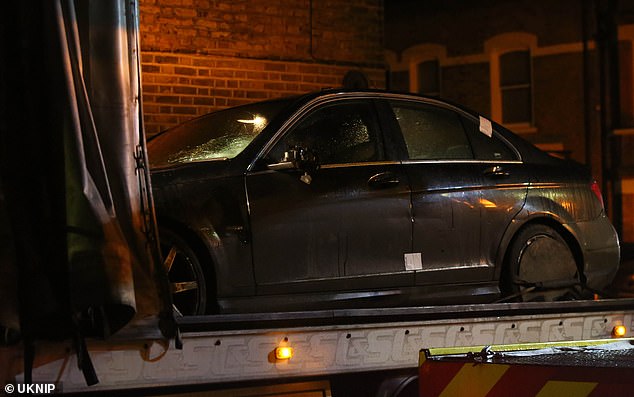 A shaken onlooker told MailOnline: ‘The woman had been hit with such force that she was flung into the air and landed about 20-30ft away.

‘She was laying down by the bus stop. The police were on the scene quickly as were paramedics who were giving her CPR for about 40-minutes.

‘The girl appeared to have a friend with her. He was by her side while she was being treated.

‘But he was inconsolable. I saw him a bit later on the corner opposite and he was on his knees, crying. He was being comforted by someone. It was awful, my heart goes out to him.’

Another witness added: ‘I saw the car — it was going at least 70, it just kept going and didn’t even look back. 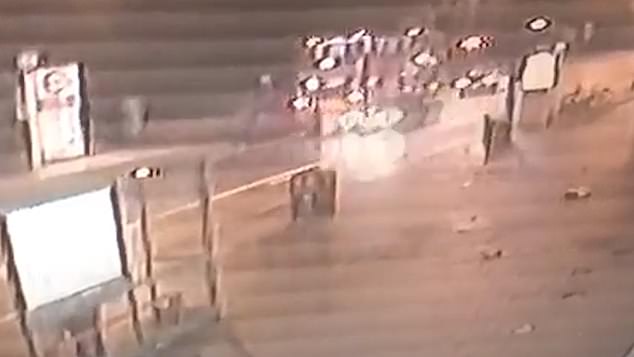 ‘She hadn’t even stepped into the road, I think she was just looking to see if it was clear to cross.

‘I called the ambulance as soon as I saw what happened. Her boyfriend and her best friend were there with her — he was in total shock, trying to hold it together.’

The woman added: ‘I spoke to a bus driver who was pulling up when they hit her. He said the car didn’t even put on its brakes.’

The shocking CCTV, taken from a nearby newsagent, was given to MailOnline in a bid to help trace the driver of the black car.

Police are in the process of informing the victim’s next of kin and the Directorate of Professional Standards has been informed.

In a statement, a Met spokesperson said: ‘Police signalled for a car to stop and it failed to do so. The car sped off from police and was then involved in a collision with a pedestrian at approximately 9.45pm on Wednesday 19 February on Brixton Hill.

‘The car did not stop at the scene. The car was found abandoned nearby and enquiries are ongoing to trace the occupants. ‘A woman in her twenties died at the scene. ‘Officers are in the process of informing all her next of kin.

‘The Directorate of Professional Standards has been informed as is routine.’

U.S. forces conduct airstrikes on Taliban in Afghanistan
We and our partners use cookies on this site to improve our service, perform analytics, personalize advertising, measure advertising performance, and remember website preferences.Ok