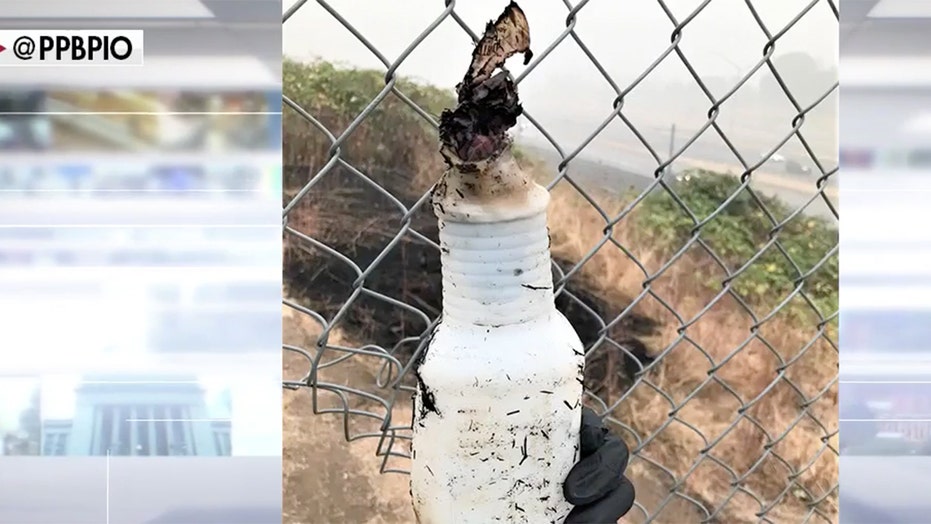 A man in Oregon was arrested early Monday for setting "multiple" fires along a freeway in Portland, hours after he was released from custody for setting another brush fire along the same roadway, according to police.

The Portland Police Bureau said in a news release that officers were dispatched around 3:37 a.m. Monday to a report of "multiple fires" burning along the west side of the Interstate 205 freeway.

"Portland Fire and Rescue extinguished three of them while passing community members put out the other three," police said. "All were caught early."

Officers found Domingo Lopez Jr., 45, walking alongside the shoulder and arrested him. A lighter was seized as evidence. 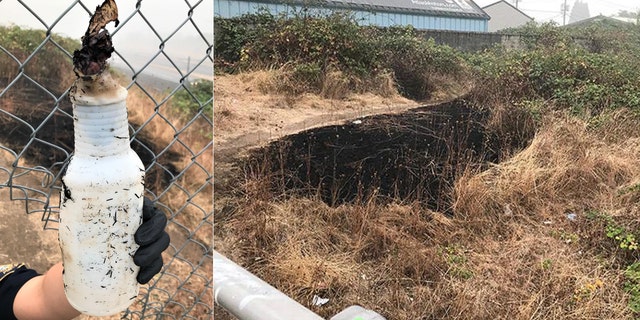 A man in Oregon was arrested in the span of 12 hours for setting more than half a dozen fires along the Interstate 205 freeway in Portland, according to police.
(Portland Police Bureau)

Officials said no one was injured and no structures were burnt by the six blazes early Monday morning. Lopez's arrest was captured on camera by FOX12. 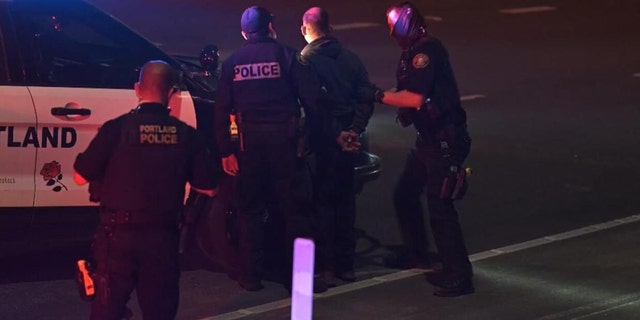 The incidents Monday morning came less than 12 hours after another blaze along the same stretch of interstate.

Police said officers responded to assist Portland Fire & Rescue at 4:35 p.m. Sunday along the I-205 freeway. 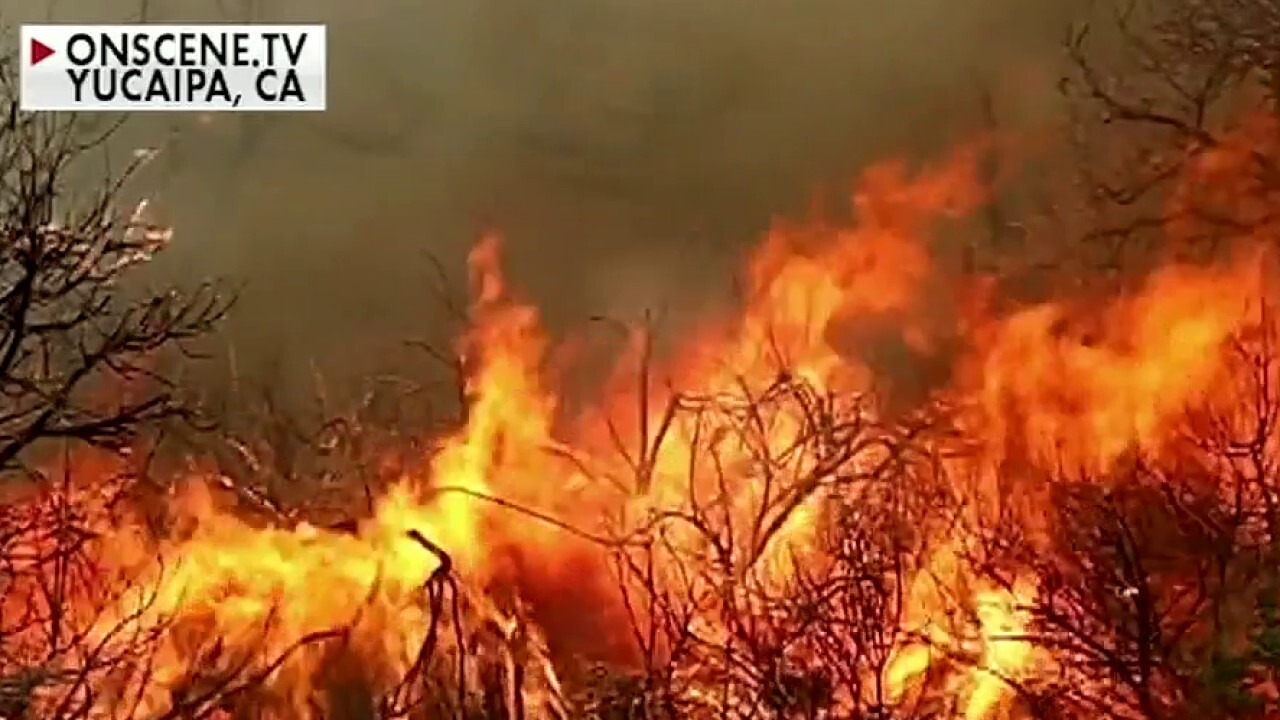 Wildfires burn out of control across West Coast

Firefighters were able to quickly extinguish the blaze and there were no structural damages. About an hour after the fire, officers were flagged down by a witness who pointed out the suspect in a nearby tent.

"Officers arrested the suspect, who confirmed he lit the fire with the device,'"the PPB stated.

Officers seized a Molotov cocktail, a plastic bottle with a wick, as evidence, according to police.

Lopez was arrested and booked into the Multnomah County Detention Center on charges of reckless burning and disorderly conduct in the second degree.

Lopez was later released and then started the six additional fires on Monday morning, according to police.

The PPB said Lopez was transported to a hospital on a Police Officer Hold for a mental health evaluation. He now faces seven counts of reckless burning and one count of second-degree disorderly conduct for all of the fires.

Police said after the Sunday fire that arson investigators were doing a follow-up to determine if other charges are warranted.

So far, four others have been arrested on suspicion of arson along the West Coast as the region deals with dozens of wildfires.

The death toll from the blazes in California, Oregon and Washington has grown to at least 35 people as of Monday.

Despite the arson arrests, local police departments and the FBI have said there is no widespread evidence of arson in relation to some of the largest blazes in the Northwest. 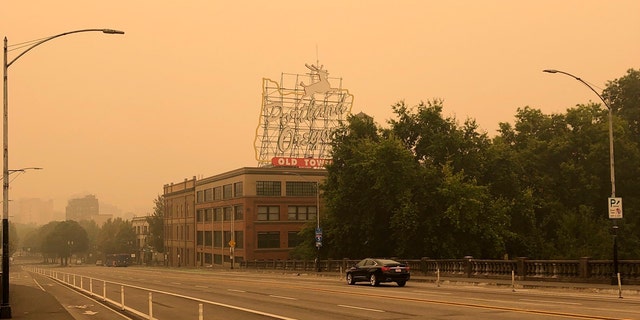 Facebook said Saturday it has started removing false claims that the deadly wildfires in Oregon were started by various left-wing and right-wing groups.