On the run for months, Pakistani activist seeks US asylum

Gulalai Ismail, 33, an award-winning activist and prominent feminist is in the United States, her father confirmed. 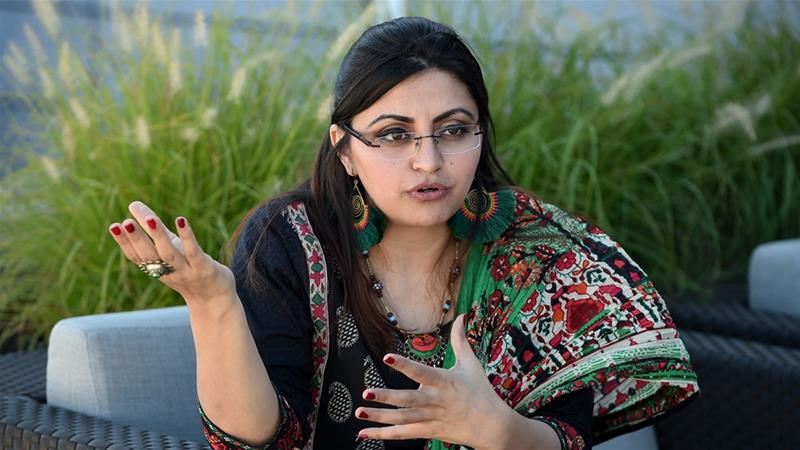 Islamabad, Pakistan – A prominent Pakistani rights activist facing sedition charges for her work with an ethnic Pashtun rights movement has escaped the country and sought asylum in the United States, her family and activists say.

Gulalai Ismail, 33, an award-winning activist and prominent feminist is safely in the United States after being in hiding for months following security forces raids on her Islamabad home, her father Muhammad Ismail told Al Jazeera on Friday.

The activist released a brief audio statement through the US-based Humanists International Organisation late on Thursday.

“I have arrived safely in the United States and I am on track to get asylum here, where I can be safe,” she said. “The last few months have been awful. I have been threatened, harassed and I am lucky to be alive.”

Her father confirmed that Ismail intended to resume her activism.

“She has reached New York and now she will speak out again,” he told Al Jazeera.

US officials did not comment when asked about Ismail’s claim for asylum status.

Pakistani authorities have filed several cases against Ismail for her work with the Pashtun Tahaffuz Movement (PTM), an ethnic Pashtun organisation that has been calling for accountability for rights abuses allegedly committed by Pakistan’s powerful military in its war against the Tehreek-e-Taliban Pakistan (TTP).

Ismail, the founder of the Aware Girls rights organisation and winner of the 2016 Chirac prize for her work on conflict prevention, was arrested twice in the last year for her activism.

‘This is my country’

Details of how Ismail left the country were scant, and she told the New York Times in an interview that she did not wish to disclose how she escaped authorities because it may put those who helped her at risk.

“When I left, I knew this was a one-way trip,” she told the US publication. “And as I was leaving, I bent down and touched the soil, and told myself, ‘This is where I belong, this is my country’.”

Ismail’s family says their home has been raided by security forces bent on finding her at least five times since she went into hiding in May.

Her father Muhammad Ismail, a retired professor, and mother Uzlifat Ismail, are facing “terrorism financing” charges for having financial ties with their daughter.

“They all come in, in plain-clothes with their guns out,” Ismail told Al Jazeera in July of the raids. “They surround the area, with 30 or 40 vehicles. Everyone comes out and enters the house, searching from the bathrooms to the roof.”

Pakistan’s military denied any role in the raids in a statement issued to Al Jazeera in July.

“There is [a legal case] lodged against her for using derogatory language against the state institutions,” said Major General Asif Ghafoor, the military’s spokesperson.

“There has been no harassing or raids/surveillance on her house by security forces. If she has not done any offence, she should not avoid facing due course of law.”