MORE than two million people in the North East of England will go into a new lockdown tomorrow – with a 10pm pub curfew and a ban on visiting family and friends.

This morning Matt Hancock confirmed the drastic news for people in several huge towns and cities in England to try and stop the spread of the virus. 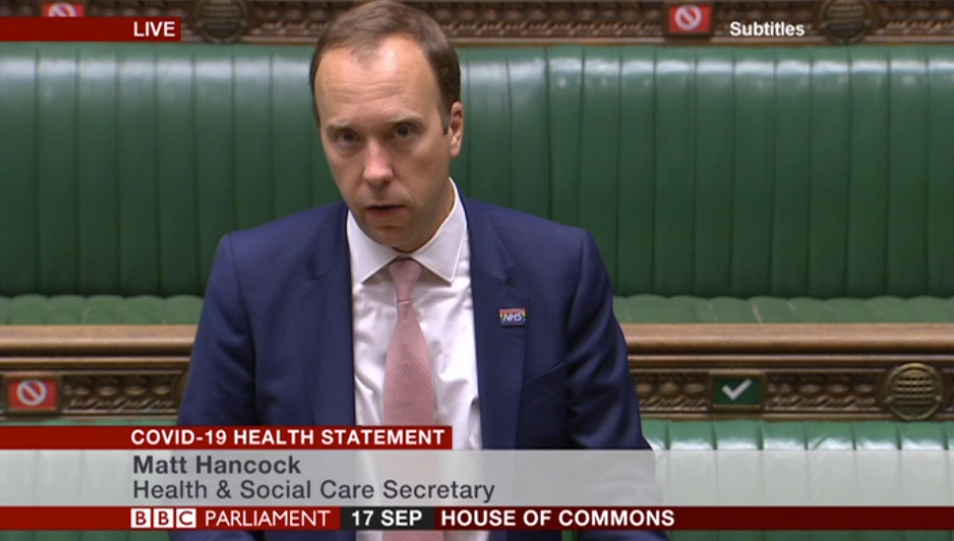 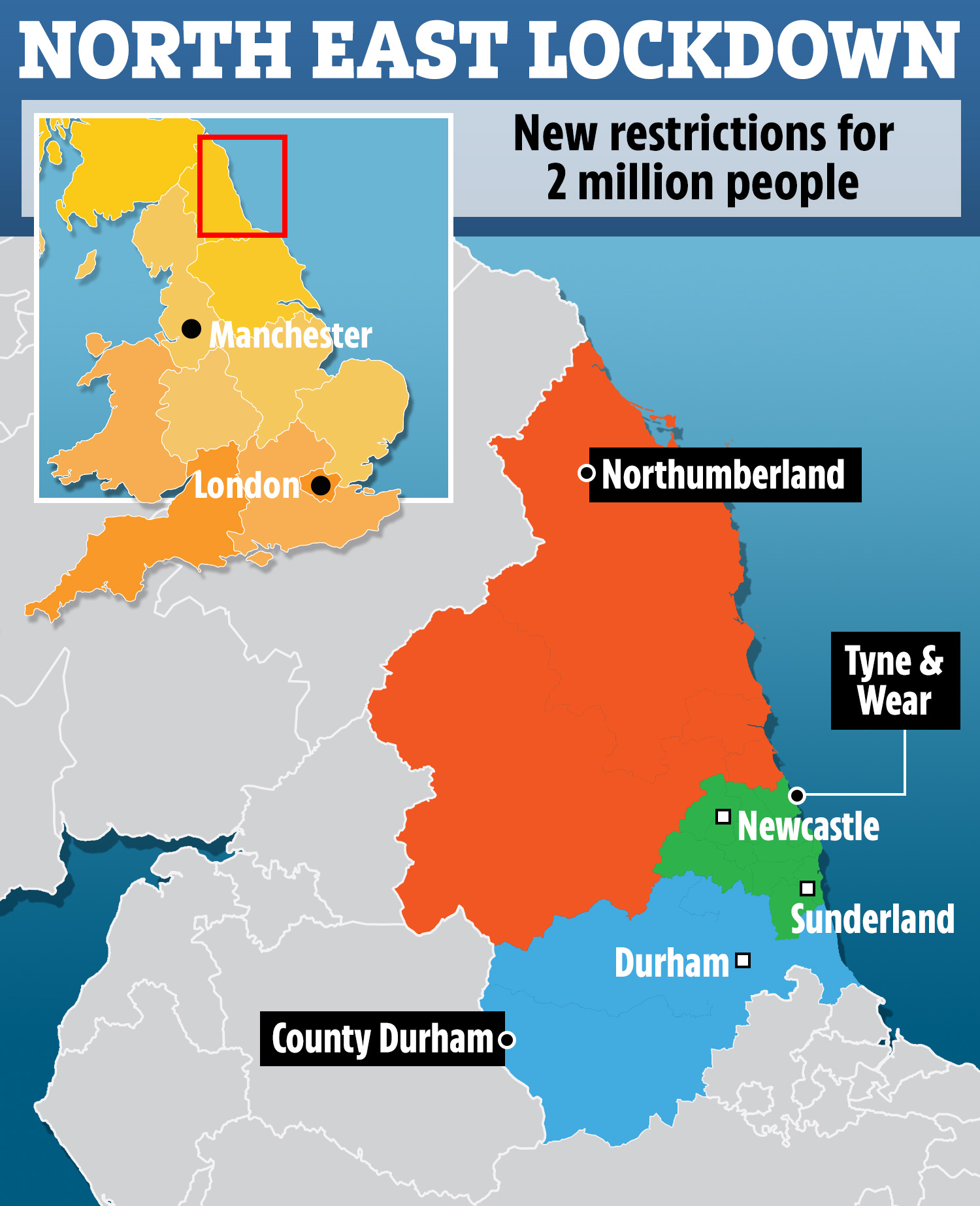 The North East will be hit with strict rules from tomorrow as cases of the virus surge to the second highest in the country.

Pubs, cafes and restaurants will have to offer table service only, and they will have to shut by 10pm and can't open again until 5pm.

And people will not be allowed to socialise with ANY friends and family outside of their own households either – inside or outside.

That includes public places like pubs and parks, but also inside private homes and gardens too.

But they can still see people from their support bubbles, unlike in Wales.

People must not use public transport except for essential purposes – like travelling to school or work.

The public will still be allowed to take holidays – but it cannot be with anyone they don't live with (or have a support bubble with), putting an end to stag and hen parties.

People living in the new lockdown areas must not go to watch any sport games either.

I know the people of the North East will come together to defeat this virus and defeat it we must.

"With winter on the horizon we must prepare, bolster our defences and come together again."

Over two million locals will be affected by the rules, which have been imposed after cases rose sharply in the last week.

Sunderland currently has 103 cases per 100,000, and both South Tyneside, Gateshead and Newcastle all have figures above 70.

Across the UK cases have been steadily rising too. The Health Secretary revealed today that the number of people on mechanical ventilator beds had risen above 100 for the first time since July.

Mr Hancock also revealed an extra £2.7billion of funding for the NHS as a whole before the winter.

£150million will be spent on expanding emergency departments to make them bigger.

And the NHS111 service will be expanded too to help with health demands – and booking A&E appointments if they can.

And the infection control fund for social care will be extended for another six months – with an extra £540million to fund it.

But Shadow Health Secretary Jonathan Ashworth bashed him over the chaotic test and trace system, telling MPs in the Commons: "For the British people it has become not so much test and trace, more like trace a test."

And he claimed that there were a huge 25,000 teachers trying to get a test so they could return to the classroom.

Almost 4,000 people tested positive for the disease in the UK yesterday – the biggest 24 hour jump in more than 18 weeks.

And another 20 people lost their lives to the virus in Britain.

Other areas already experiencing local lockdown measures include Caephilly in Wales – and Rhondda Cyon Taf will face extra restrictions from tonight at 6pm, too.

Meanwhile, parts of the North West and Birmingham are also still under extra rules – where they can't meet up with other households.

Bolton pubs have been ordered to shut completely except for takeaways, and must be closed by 10pm.

Anthony Costello, who sits on the independent SAGE panel, said last night that England's chief medical officer had suggested the new shutdown to curb the spread – but later backtracked.

The expert claimed the government fears daily Covid-19 cases could be ten times as high as the daily reported figures amid a national testing fiasco.

He wrote on Twitter: "I'm hearing from a well-connected person that government now thinks, in absence of testing, there are 38,000 infections per day.

However, hours later he then appeared to go back on his claims, tweeting: "I've been told by another insider I respect that Chris Whitty does not support a 2 week lockdown, so I'm pleased to correct the record."

But the government today talked down the claims – insisting Boris Johnson wants to steer clear of another UK lockdown.

NHS staff, teachers and social care workers were due to be told they are first in line for tests today.

It comes as more and more people struggle to get their hands on a kit.

It was reported at the weekend that up to 185,000 people could still be waiting for their results to come through.

Tests are currently being diverted from areas of low cases to lockdown and covid hotspots, having a knock-on effect in other areas.