Washington: A NASA researcher and Texas A&M University professor has been charged with accepting federal grant money while hiding work he was doing for an university established by the Chinese government as well as his affiliation with Chinese-owned companies.

Zhengdong Cheng faces charges of wire fraud, conspiracy and false statements, according to a criminal complaint released by the Justice Department on Monday. He was arrested on Sunday. 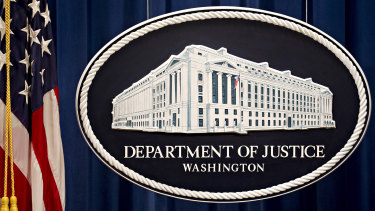 The Department of Justice seal.Credit:Bloomberg

The case against Cheng is part of a pattern of Justice Department prosecutions against researchers at American universities who are accused of concealing their professional relationships with Chinese universities.

The Trump administration has been particularly concerned that professors could exploit their ties to China, and their participation in talent recruitment programs, to steal intellectual property for Beijing's economic benefit. 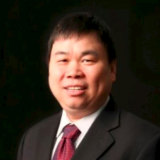 At the same time, though, he served as director of an institute in Guangdong, China that was established by China's Education Ministry, prosecutors say.

In addition, he participated in talent recruitment programs established by the Chinese government that the US says entices professors at American universities to steal cutting-edge research that can be provided to China.

Prosecutors say Cheng hid those affiliations from the university and from NASA even as he collected federal grant money, and even though restrictions on the grant barred collaborating or coordinating with China, Chinese universities or China-owned companies.

“We worked closely with the FBI on this case, and we gladly will work with them again as needed,” John Sharp, the chancellor of the Texas A&M system, said in a statement.

“No one in higher education takes security as seriously as we do at The Texas A&M University System. In fact, we have received several awards from the Department of Defence’s Defence Counterintelligence and Security Agency, including one just last month.”

Cheng's voicemail box at the university was full and could not accept messages, and it was not immediately clear if he had a lawyer.

The Justice Department will “continue seeking to bring participate in these talent programs to light," Assistant Attorney-General John Demers, the department's top national security official, said in a statement.

US Attorney Ryan Patrick, the top federal prosecutor for the Southern District of Texas, said the talent recruitment programs exploit “our open and free universities."

“China is building an economic and academic institutions with bricks stolen from others all around the world," Patrick said in a statement.