Mum shares heartbreaking pic of son, 16, unconscious in hospital after being hit by car 'while wearing headphones'

A MUM has shared heartbreaking photos of her schoolboy son, 16, who was hit by a car crossing the road wearing headphones.

Harrison Ellis's mother Linzy today warned of the dangers as she shared the distressing pictures of him as well as images of his bloody headphones, which stopped him from hearing the approaching car. 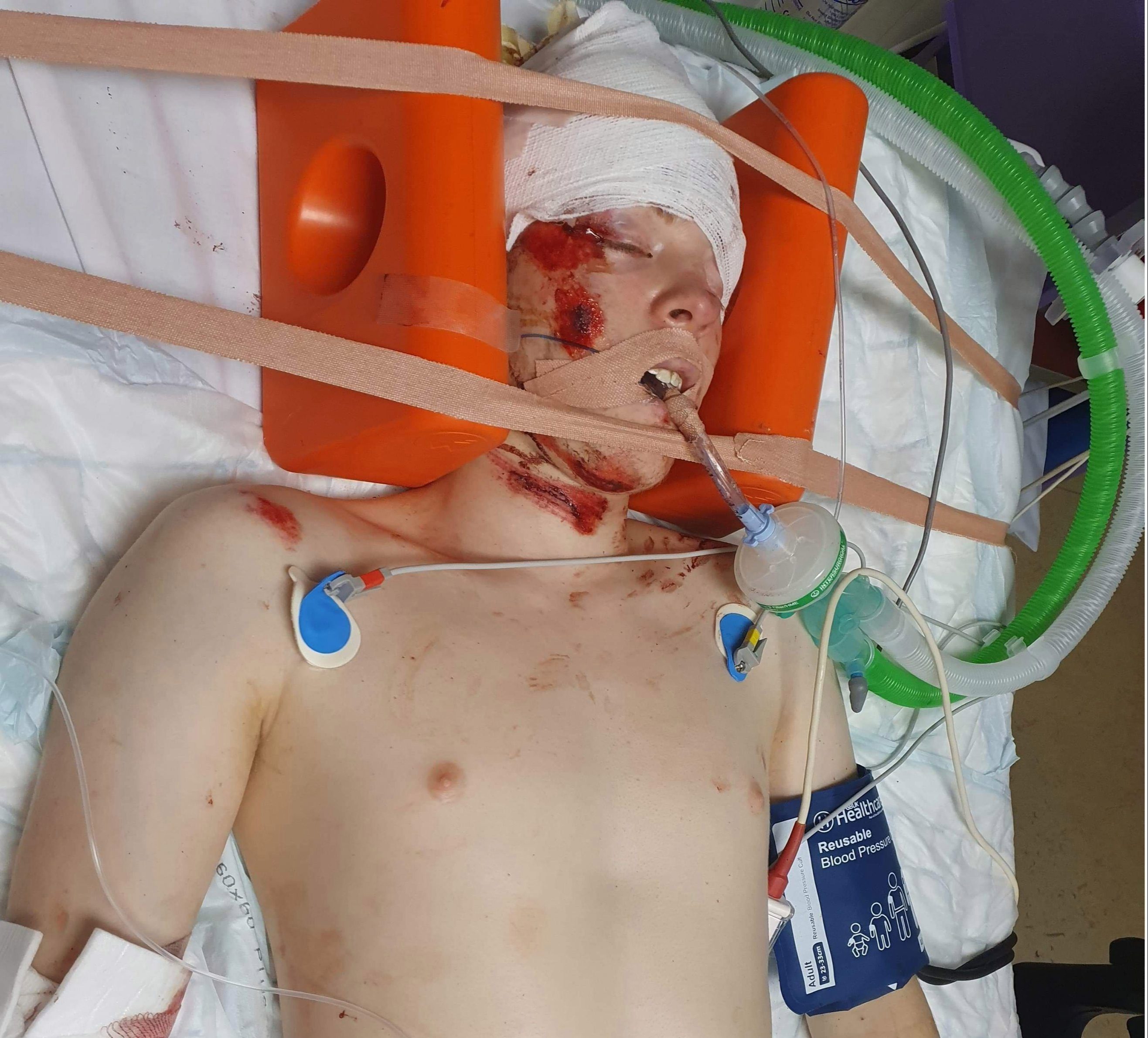 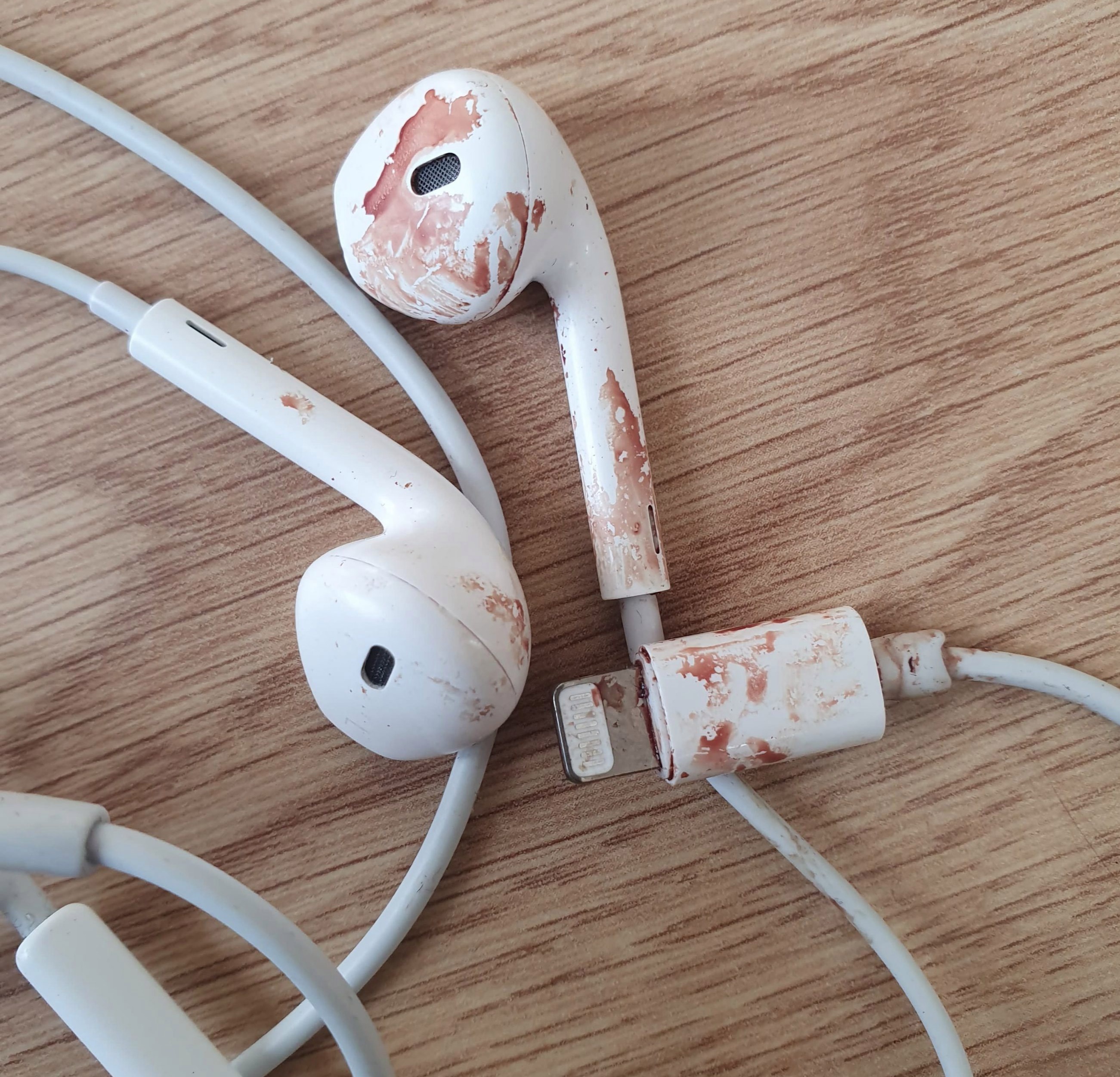 Harrison, 16, was listening to music while walking to meet friends when he stepped into the road, "totally unaware" of the oncoming traffic.

He was hit by a car and sustained horrific injuries all over his body – including a three inch hole in his head which went all the way to the bone.

The teenager suffered extensive injuries to his elbow, wrist, shoulder, face and head including a "ripped up" elbow and a broken clavicle.

He was placed in intensive care following the accident in Lake, Isle of Wight, on June 25.

Harrison's family said he is lucky to be alive and have urged people to not wear earphones while walking so they can pay attention to their surroundings.

Mrs Ellis said: "What I hope to achieve is for people to be more aware of what's around them. For people to start maybe using headphones that go above the ear, so they can still hear environmental sounds.

"Phones should be firmly away when walking, as when driving.

"I urge people to think – headphones off, phones away."

Harrison, from Shanklin on the island, who is off to a music college in September, had gone out to meet friends after three months of lockdown.

Mrs Ellis added: "It was the hottest day of the year so far but he was wearing a hoodie with the hood up.

"He stepped into the road between cars, apparently his usual crossing place, but he was invested in a text message and had music playing.

"Totally unaware, he stepped out beyond the parked cars, straight into oncoming traffic.

"He owes his life to the driver who was sticking to the speed limit and is a nurse at St Mary's [Hospital] so was able to give quality first aid."

She added: "I wouldn't wish our experience on any family. We are lucky he's alive."

Linzy said shocking CCTV of the incident shows how quickly the boy's life could have been "swept away".

Isle of Wight Police confirmed the driver was not at fault and had been driving within the speed limit.

A police spokeswoman said: "Pedestrians are equally responsible for following the Highway Code, and this is a plea to all teenagers to not use mobiles or headphones while crossing the road.

"We desperately do not want to be dealing with serious injury matters like this, which can be so avoidable, and want all drivers and road users to be safe and considerate on our roads.

"Had the driver not been keeping to the speed limit, this could have been a much more severe outcome for the injured party." 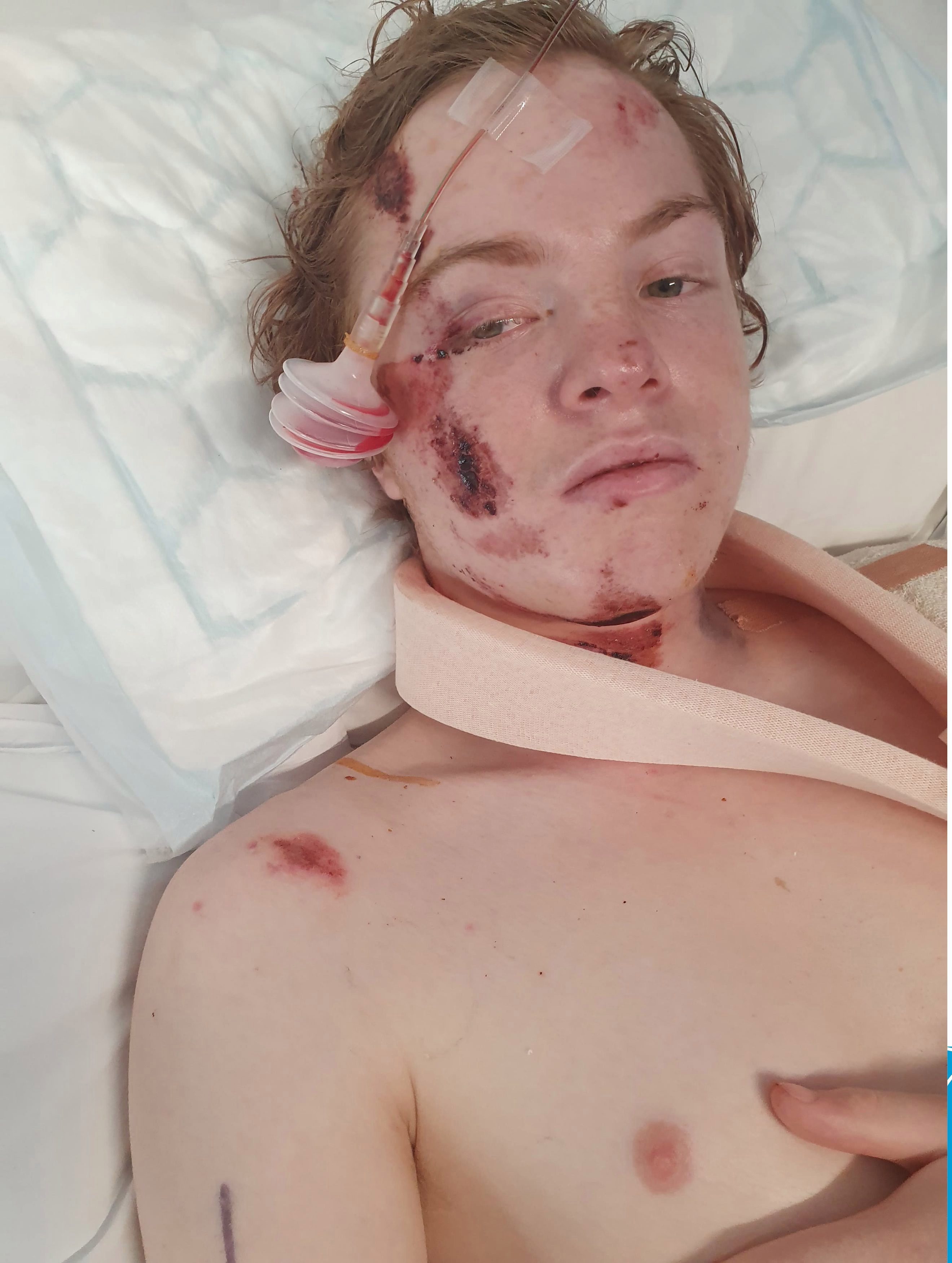