Kentucky teen EXPELLED from school after posing with rainbow cake

Schoolgirl, 15, is EXPELLED from Christian academy for wearing a pride sweater and posing in front of a rainbow cake at her birthday

A Kentucky high school freshman was expelled from her Christian school after a photo of her celebrating her 15th birthday in a rainbow sweater with a colorful cake was uploaded on social media.

It was a happy day for Kayla Kenney, who went out to eat at a local restaurant with her family for her birthday.

Her mother Kimberly Alford snapped a photo of her daughter and posted it on social media, where it caught the attention of school officials.

‘She was happy, she looked beautiful. You know, of course as a mom, I took her picture of her blowing out her candles and I posted that on my Facebook page,’ Alford said to WAVE3.

However, the family never thought that Kayla would be penalized for simply posing in rainbow. 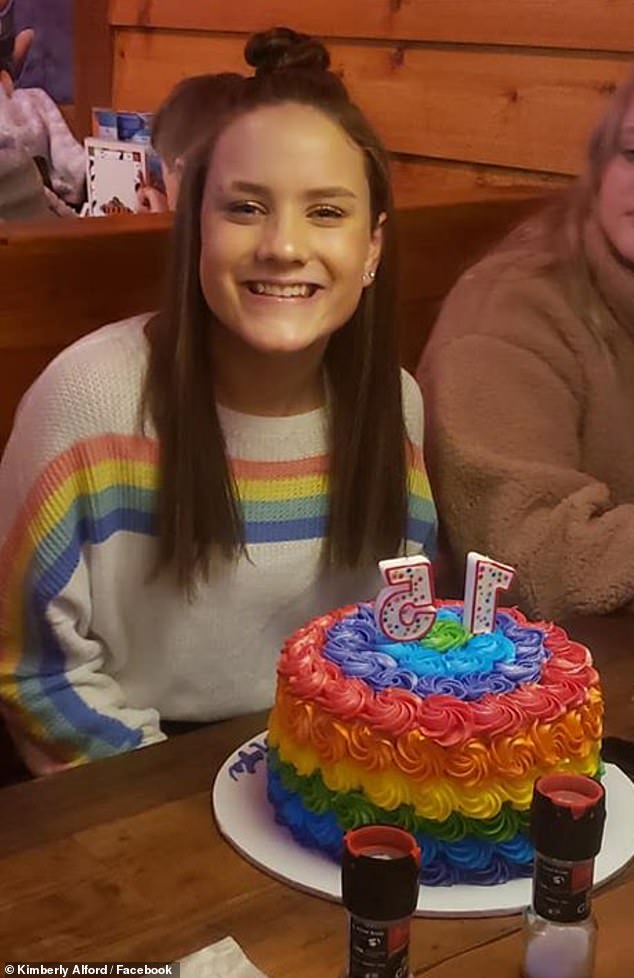 Kentucky high school freshman Kayla Kenney, 15, was kicked out of her Christian private school for posing in a rainbow shirt with a rainbow cake on her birthday 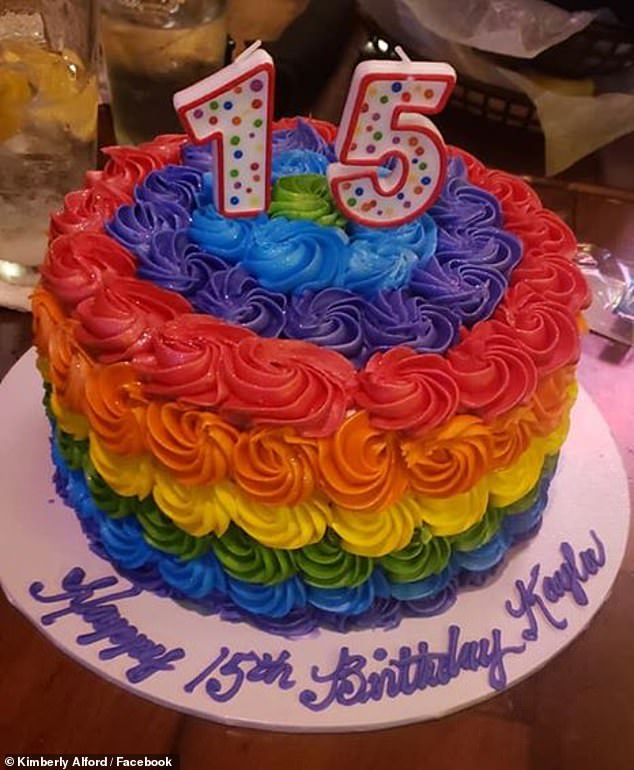 The school said the photo ‘demonstrates a posture of morality and cultural acceptance contrary to that of Whitefield Academy’s beliefs’. However Kayla’s family said there was no special meaning behind her rainbow shirt and cake

A few days after the photo was posted Dr. Bruce Jacobson, the Head of School at the private Christian school Whitefield Academy, contacted Kayla’s family on January 6.

‘It was an email expelling Kayla from Whitefield immediately due to a post on social media,’ Alford said.

The school expelled her effective ‘immediately’ for the picture that ‘demonstrates a posture of morality and cultural acceptance contrary to that of Whitefield Academy’s beliefs.’

However, Kayla’s post didn’t allude to any relation with the LGBTQ Pride movement, which bears the rainbow flag symbol.

Alford says there was no hidden agenda or meaning behind the picture – her daughter was simply celebrating her birthday.

‘[Kayla] loves to laugh and dance and that’s just her. There was nothing intended by that and even when I went back and got the receipt from the bakery, it didn’t say anything about representation, it just said assorted colors.’

The school’s code of conduct addresses sexual orientation and says if a student’s off-campus behavior isn’t in line with the school’s beliefs, that student can be disciplined.

The school claimed the picture was the latest stint in two years’ worth of ‘lifestyle violations’.

Alford says she doesn’t know how the school came to its conclusion and has filed an appeal against the expulsion.

‘I feel judged, she feels judged, just very devastating for us,’ Alford said.

‘You know we teach our kids what would Jesus do, What would he do here?’ she added.

However, school administrators have refused to meet with Kayla and her family. Kayla was a freshman at the school, where tuition costs $7,800 a year.

The school did agree to list her withdrawal from the school as voluntary so it won’t show on her school record. Kayla now attends a public school.