Indian gang rape victim, 23, dies two days after her attackers and a mob of men set her on fire as she travelled to their trial on train

An alleged rape victim in northern India set on fire on her way to a court hearing in the case she filed died in a hospital in New Delhi, officials said Saturday.

The woman was attacked in the state of Uttar Pradesh by a group of men, including two of the five she had accused of gang rape last year who were out of custody on bail.

Five men were arrested in connection with the burn attack. 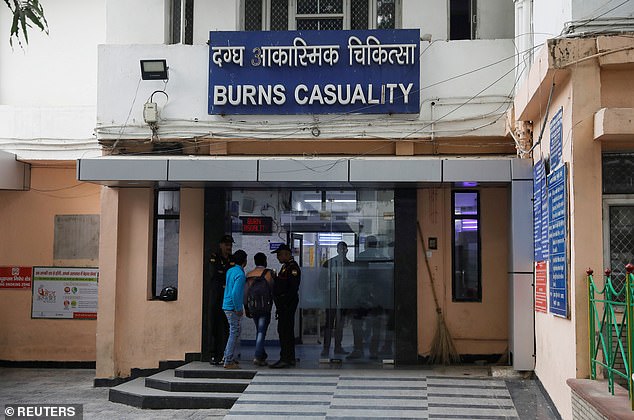 An alleged rape victim, 23, who was set on fire on her way to a court hearing in the gang rape case she filed has died from her injuries in a hospital in New Delhi 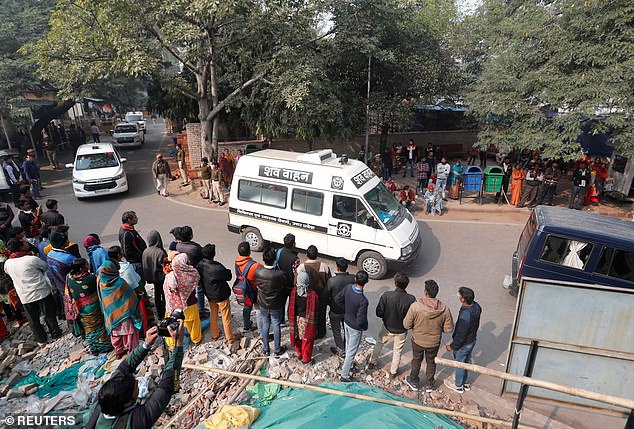 The woman was attacked in the state of Uttar Pradesh by a group of men, including two of the five she had accused of gang rape last year who were out of custody on bail

Yogi Adityanath, the state’s chief minister, said the case would be heard in a fast track court and the ‘strictest of punishment will be given to the culprits.’

Priyanka Gandhi, general secretary of the opposition Congress party, faulted the Uttar Pradesh government, led by Prime Minister Narendra Modi’s ruling Bharatiya Janata Party, for failing to provide the woman with security, even after a similar case in the state in which a woman who accused a BJP lawmaker of rape was severely injured in a vehicle hit-and-run incident.

The burn victim’s death came on the same day police in the southern state of Telangana fatally shot four men being held on suspicion of raping and killing a 27-year-old veterinarian after investigators took them to the crime scene. Their deaths drew both praise and condemnation in a case that has sparked protests across the country. 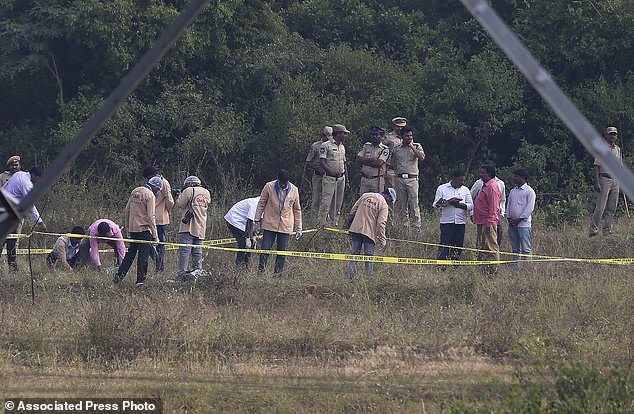 Indian policemen watch the forensic experts investigate at the site where four men suspected of raping and killing a woman were killed in Shadnagar some 50 kilometers or 31 miles from Hyderabad, India

The woman’s burned corpse was found last week by a passer-by near the city of Hyderabad, India’s tech hub, after she went missing the previous night.

Police took the four suspects, who had not been charged with any crime, to the scene to help them locate the victim’s phone and other items, officials said. They said the men grabbed police firearms and began shooting, and were killed when police returned fire.

The Telangana High Court ordered authorities to preserve the bodies of the suspects and submit a video of the autopsies ahead of a court hearing set for Monday.

Separately, the National Commission on Human Rights, an autonomous body within India’s Parliament, sent a fact-finding mission to the crime scene and mortuary where the suspects’ bodies were held on Saturday amid questions from opposition lawmakers about the circumstances of the suspects’ deaths.

Environment Canada issues snowfall warnings for parts of Nova Scotia
We and our partners use cookies on this site to improve our service, perform analytics, personalize advertising, measure advertising performance, and remember website preferences.Ok