Video surfaced this week of a university chancellor pulling rank on some campus police officers after a minor traffic accident.

“If I miss my plane, you folks are in trouble,” the Rutgers-Newark school official says at one point. "I'm the chancellor!"

“If I miss my plane, you folks are in trouble. … I’m the chancellor!”

The official, identified as Nancy Cantor, was being taken to Newark Liberty International Airport in New Jersey when her driver hit a parked police car, according to reports.

The police try to explain to Cantor that they have to collect information about the accident as part of doing their jobs, but Cantor won't have it.

"We have to do our job just like you have to do your job," one officer says.

"I wasn't driving!" she later shrieks at the officers when they ask to see her ID.

The incident occurred in March but the video didn’t surface online until Monday, when NJ.com posted it.

During her time at Syracuse, Cantor was appointed by New York’s Democratic governor, Andrew Cuomo, to serve on a regional economic development council, according to her Rutgers-Newark biography.

At Michigan, Cantor was involved in the university’s defense of affirmative action in a case that went before the U.S. Supreme Court in 2003.

On June 11, three months after the incident, Cantor issued a written apology to the campus police, the Record of Bergen County reported. 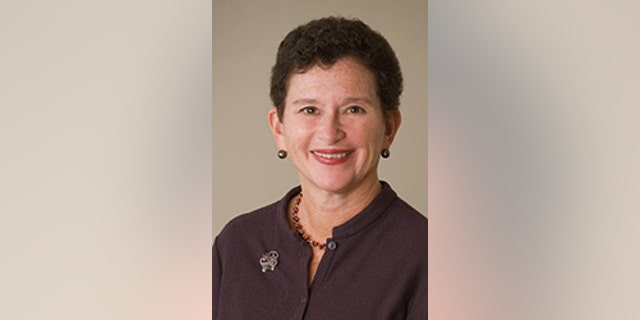 “I write with my heartfelt apology to you for the way I reacted to the situation,” Cantor wrote, according to the paper. “I realize clearly that I was not my best self that morning. I have great respect for RUPD and am grateful for the work that our officers do every day to keep our campus and community safe and secure.”

The incident was reminiscent of a 2018 case in which a former Hillary Clinton adviser, Caren Turner, was caught on video clashing with police after the officers stopped a vehicle in which her daughter had been traveling.

“You may shut the f— up!” Turner said to the officers at one point.

She later resigned from her position with the Port Authority of New York and New Jersey.