Detectives have launched a murder probe after a man in his 30s died after being repeatedly stabbed at a house in a leafy suburb last night.

Emergency services were called to the property in Redditch, Worcestershire, around 9.30pm.

West Mercia Police said the victim was pronounced dead at the scene after suffering multiple injuries and nobody had yet been arrested as they hunted for the knifeman.

The man’s family have been informed and officers remain on the road with a cordon in place as investigations continue. 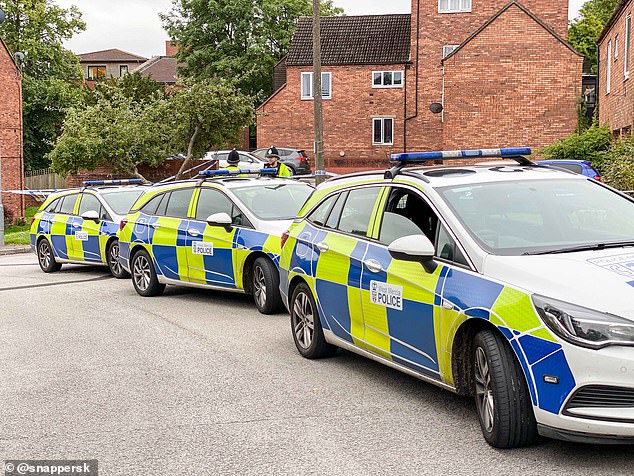 Police vehicles at the leafy town suburb on Guinness Close in Redditch, Worcestershire, after a man in his 30s was stabbed to death at around 9.30pm last night 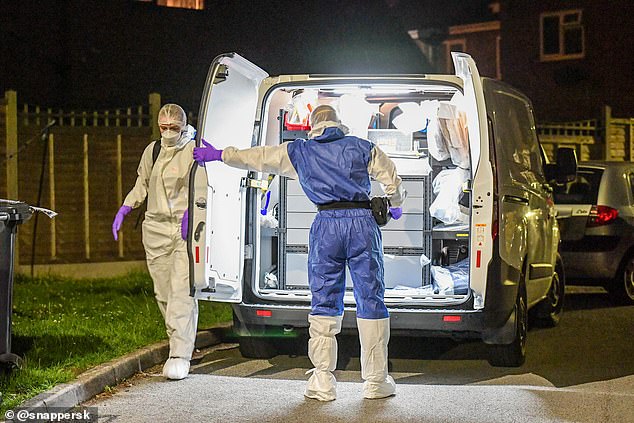 Forensic officers pictured in hazmat suits at the scene last night. West Mercia Police said the victim was pronounced dead at the scene and nobody has yet been arrested

Detective Inspector Ed Slough said: ‘Last night we were called to an incident where a man has sadly died. His family have been informed and we are supporting them through this traumatic time.

‘We have launched a murder investigation and our enquiries are ongoing. We currently have a scene guard in place.’

Residents living on the street, for which the average house value is estimated at £172,501, have reacted to the grisly murder on their doorstep.

One neighbour, who wished to remain anonymous, said: ‘I heard all the sirens coming up the road late last night. I went onto the balcony of my flat to see what was going on.

‘I was on the phone to my partner and my friend rang him to tell him there had been a murder on the close.

‘By the looks of it, it is a young guy who moved in a few months back. He kept himself to himself but was always very polite.

‘I have been up all night worried. I have had two hours of sleep and have had to take my kids to school this morning.

‘I didn’t know him that well really. He had only moved in recently. It was just a hello in the street from time to time.’ 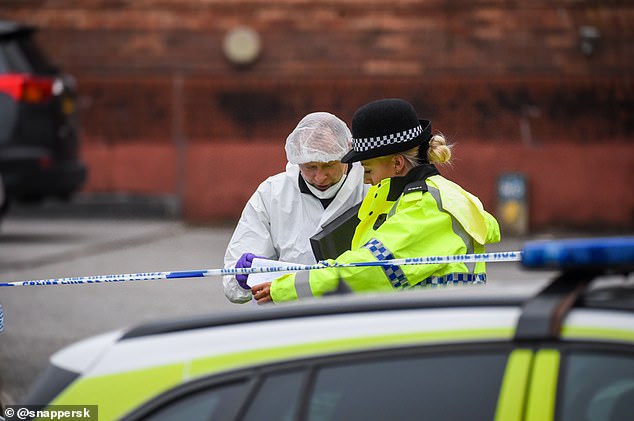 A police and forensic officer pictured at the scene, as they remain on the road with a cordon in place as investigations continue. The victim’s family has been informed 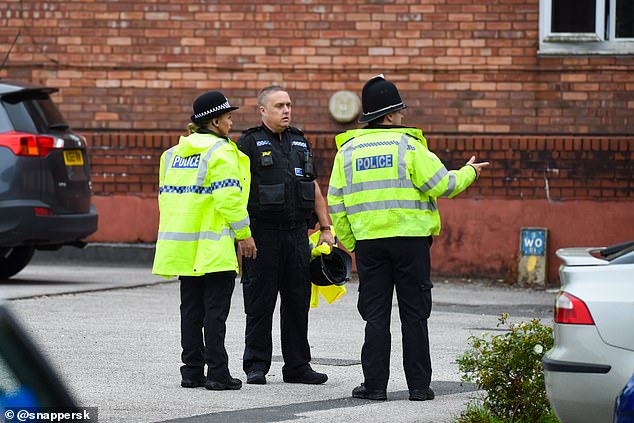 The resident added: ‘I am in the first block of flats on the road but I can see the cordon and the police. The police said he was in his 30s but to be honest I thought he looked much younger than that.

‘I would say he looked in his 20s. I have had everyone ringing me this morning to check I am alright. One of my kids is at home and I have told him to keep the door locked and not open it till I get home.

‘My partner is due to come over this weekend with his children. I just hope they are not too scared to come.’

A service spokeswoman said: ‘On arrival, crews found a man in a critical condition. Staff worked as a team to administer advanced life support on the scene to the man.

‘Unfortunately, despite the best efforts, nothing could be done to save him and he was confirmed dead at the scene.’