BUENOS AIRES (Reuters) – Argentina’s Cristina Fernandez de Kirchner will run as a vice presidential candidate in elections later this year, a surprise move by the firebrand former leader who had been widely expected to be the main challenger to incumbent Mauricio Macri. 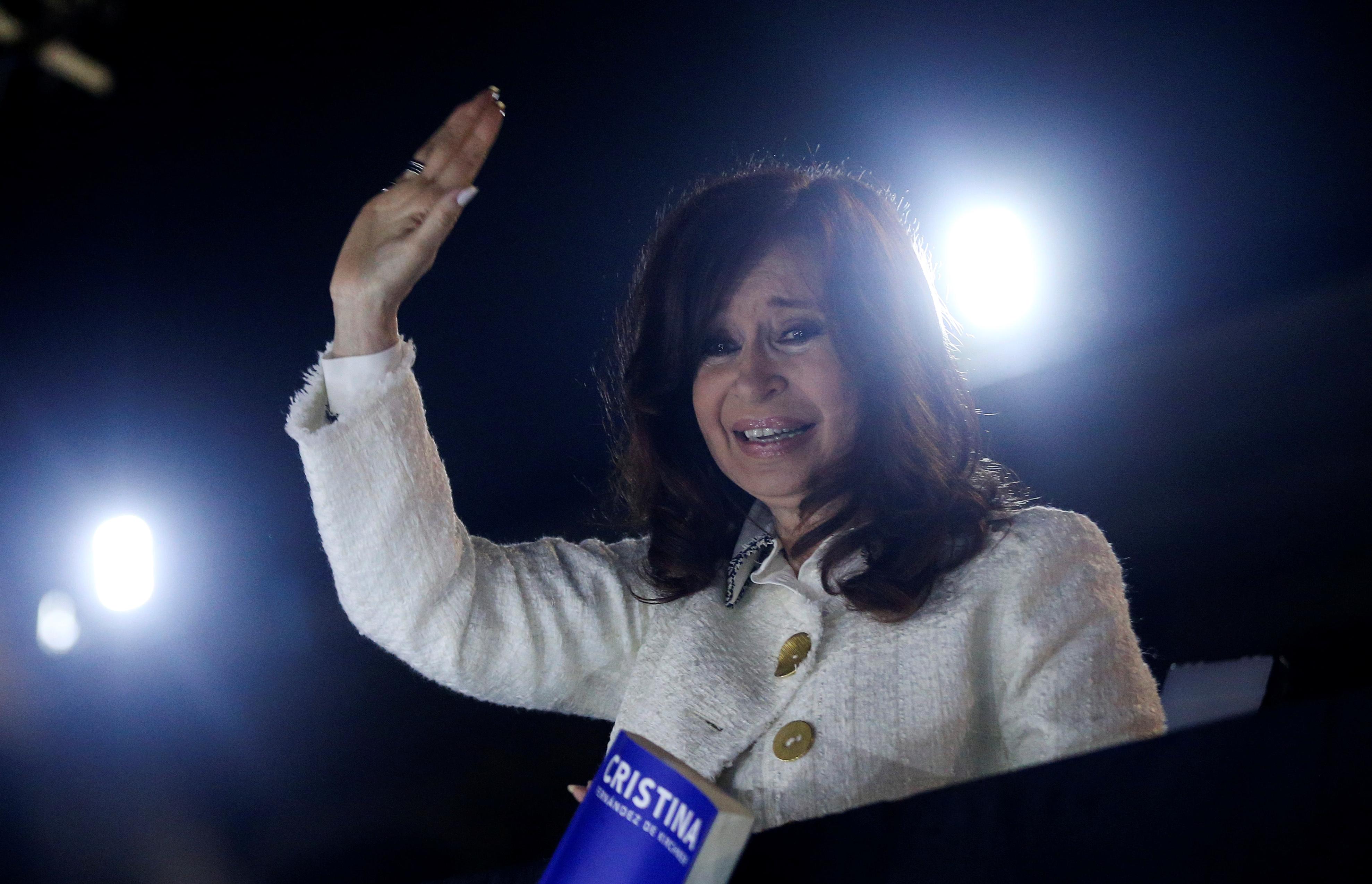 The left-leaning populist, a divisive character in South America’s No. 2 economy, said in a video posted on social media on Saturday she would run for the deputy position with former cabinet chief Alberto Fernandez as the presidential candidate.

The unexpected move will shake up an election race many thought would be a choice between Macri’s tough market reforms and the more fiery populism of Fernandez, who supported high social subsidies when she ran the country between 2007 and 2015.

“It surprising because it’s not a move anyone imagined,” said Carlos Fara, a Buenos Aires-based political consultant.

“Nobody will imagine they are voting for Alberto without thinking that it’s a vote for Cristina. In the eyes of the public it will be Alberto governing, but Cristina in power.”

The move nonetheless propels Alberto Fernandez, not previously on the radar as a presidential hopeful, into an election race expected to be tightly fought between Macri and rivals lining up from among the broad Peronist opposition.

Argentines will head to the polls in October, with Macri increasingly under fire amid a biting recession and inflation that has hurt the market friendly leader in the polls.

“The situation of the people and the country is dramatic, and I’m convinced this arrangement we’re proposing best reflects what is needed in Argentina at this time,” Fernandez said in a nearly 13-minute video on her official Twitter account.

“I have asked Alberto Fernandez to lead a team that includes both of us, him as the presidential candidate and me as candidate for the vice position,” she added.

Cristina Fernandez, who has a strong core following, was seen as the most likely threat to Macri, although many remain wary of turning back to a president who also brought in currency controls and raised taxes on farm exports.

Reuters reported in March the former leader was trying to build support in talks with moderate Peronists but was struggling to gain much traction, threatening her ability to beat Macri head-to-head. Alberto Fernandez had been involved in those discussions on her behalf.

The centrist former chief of staff under President Nestor Kirchner, Cristina Fernandez’s late husband, could make more inroads with the moderate wing of the party by wooing its members on his own behalf.

The Fernandez running mates are not related despite sharing a surname.

The Story Behind The Cannes Virtual Market(s): How Coronavirus Has Led To A New Way Of Doing Business & An Unprecedented Agency Coalition
We and our partners use cookies on this site to improve our service, perform analytics, personalize advertising, measure advertising performance, and remember website preferences.Ok