Beijing accused of forced sterilisation, abortions, and pregnancy checks on hundreds of thousands of minority women. 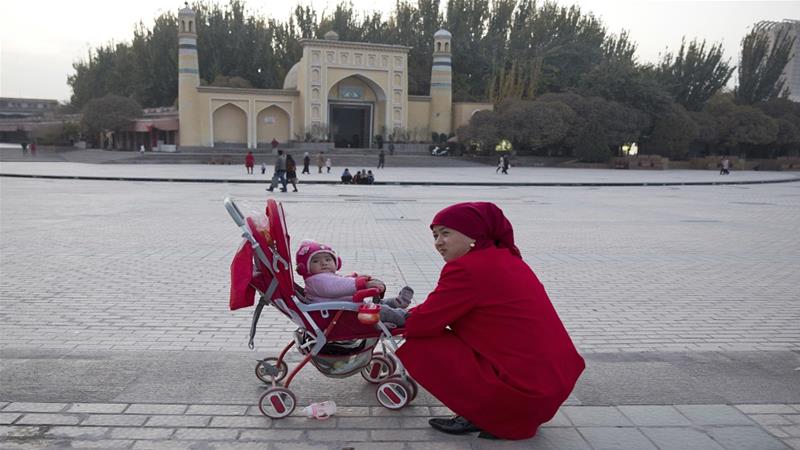 China is imposing draconian measures to slash birth rates among ethnic Uighurs as part of a sweeping campaign to curb its Muslim population, according to a new investigation.

While individual women have spoken out before about forced birth control, the practice is far more widespread and systematic than previously known, according to an AP news agency investigation based on government statistics, state documents, and interviews with 30 ex-detainees, family members, and a former detention-camp instructor.

The campaign over the past four years in the far west region of Xinjiang is leading to what some experts are calling a form of “demographic genocide”.

The population-control measures are backed by mass detention both as a threat and as punishment for failure to comply. Having too many children is a major reason people are sent to detention camps, AP found, with parents of three or more children ripped away from their families unless they can pay huge fines.

Knock on the door

After Gulnar Omirzakh, a Chinese-born Kazakh, had her third child, the government ordered her to have an IUD implanted. Two years later, in January 2018, four officials in military camouflage came knocking at her door anyway. They gave Omirzakh, the penniless wife of a detained vegetable trader, three days to pay a $2,685 fine for having more than two children.

If she did not, they warned, she would join her husband and a million other members of ethnic minorities locked up in internment camps.

“God bequeaths children on you. To prevent people from having children is wrong,” said Omirzakh, who tears up even now thinking back to that day. “They want to destroy us as a people.”

The hundreds of millions of dollars the government pours into birth control has transformed Xinjiang from one of China’s fastest-growing regions to among its slowest in just a few years, according to new research by China scholar Adrian Zenz.

“This kind of drop is unprecedented … there’s a ruthlessness to it,” said Zenz, a leading expert in the policing of China’s minority regions. “This is part of a wider control campaign to subjugate the Uighurs.”

Han Chinese are largely spared the abortions, sterilizations, IUDs and detentions for having too many children that are forced on Xinjiang’s other ethnicities, interviews and data show. Some rural Muslims, such as Omirzakh, are punished even for having the three children allowed by the law.

Some analysts say the birth control campaign is part of a state-orchestrated assault on the Uighurs to purge them of their faith and identity and forcibly assimilate them into the dominant Han Chinese culture. They are subjected to political and religious re-education in camps and forced labour in factories, while their children are indoctrinated in orphanages.

Uighurs, who are often but not always Muslim, are also tracked by a vast digital surveillance apparatus.

“The intention may not be to fully eliminate the Uighur population, but it will sharply diminish their vitality, making them easier to assimilate,” said Darren Byler, an expert on Uighurs at the University of Colorado.

Some go a step further.

‘They want to eliminate us’

Zumret Dawut, a former Uighur detainee who says she was forcibly sterilized along with about 200 others, said she had lost her identity.

“They want to eliminate us, but they can’t kill all of us,” she said. “They’re doing it step by step with policies such as sterilization, imprisonment, and separating men and women and making them work as forced labourers.”

Dawut, a mother of three, was locked in a camp for two months for having an American visa in 2018.

When she returned home under house arrest, officials forced her to undergo gynaecological exams every month, along with all the Uighur women in her compound. Han women were exempt. Authorities warned if she did not take what they called “free examinations”, she could end up back in the camp.

One day, they turned up with a list of at least 200 Uighur women in her compound with more than two children who had to get sterilized, Dawut recalled.

“My Han Chinese neighbours, they sympathized with us Uighurs,” Dawut said. “They told me, ‘Oh, you’re suffering terribly, the government is going way too far’.”

Nurgul Sawut, from the Campaign for Uighurs organisation, told Al Jazeera the AP’s investigation on forced sterilization is nothing new, but she added the new numbers reported were “staggering”.

“The women can be pregnant for up to seven months, and the pregnancy is terminated,” Sawut said. “They’re literally killing fully grown foetuses.” 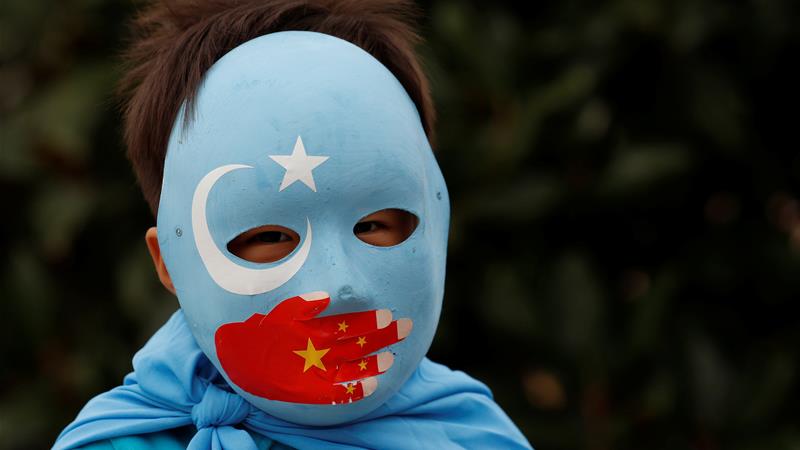 Why is the Chinese government separating Uighur Muslim families?