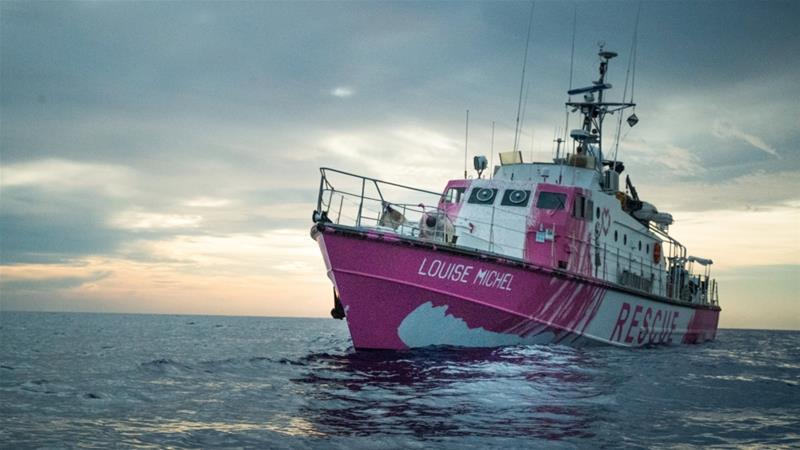 The German-flagged Louise Michel on Saturday said it was overcrowded and unable to move after encountering another boat attempting to cross the expanse dividing Europe and Africa with 130 people on board.

“There is already one dead person on the boat. We need immediate assistance,” the crew on board the 31-metre (101-foot) Louise Michel wrote on Twitter, saying other migrants and refugees had fuel burns and had been at sea for days.

On Thursday, Louise Michel rescued 89 people, including 14 women and four children, from a rubber boat in distress, the group said on Twitter, before helping out the latest 130 others. It also said European rescue agencies had so far ignored its distress calls.

The boat – named after 19th-century French anarchist and feminist Louise Michel – was approximately 90km (56 miles) southeast of the Italian island of Lampedusa early on Saturday, according to the global ship tracking website Marine Traffic.

On Saturday, Sea-Watch 4, another migrant rescue vessel, jointly operated by Doctors Without Borders (MSF) and the NGO Sea-Watch, announced it was altering course and heading towards Louise Michel.

“We already have 201 people on board, the first of whom were rescued a week ago and who until now are denied a place of safety,” Hannah Wallace Bowman, MSF’s Field Communications Manager onboard Sea-Watch-4, told Al Jazeera.

“Yet it up to humanitarian organisations on board Sea-Watch 4 to alter course to the location of those in need, to at least see if and how there is any way we can support people in urgent need of help.”

Since 2014, more than 20,000 migrants and refugees have died at sea while trying to reach Europe from Africa, fleeing conflict, repression and poverty in Africa and the Middle East.

The reality is far worse than what the figure suggests, officials and analysts have warned, as the bodies of those who do not survive are not always recovered, identified and counted.

The Central Mediterranean route is described by the United Nations refugee agency, UNHCR, as the most dangerous migration route in the world – one in six people who departs the shores of North Africa dies. 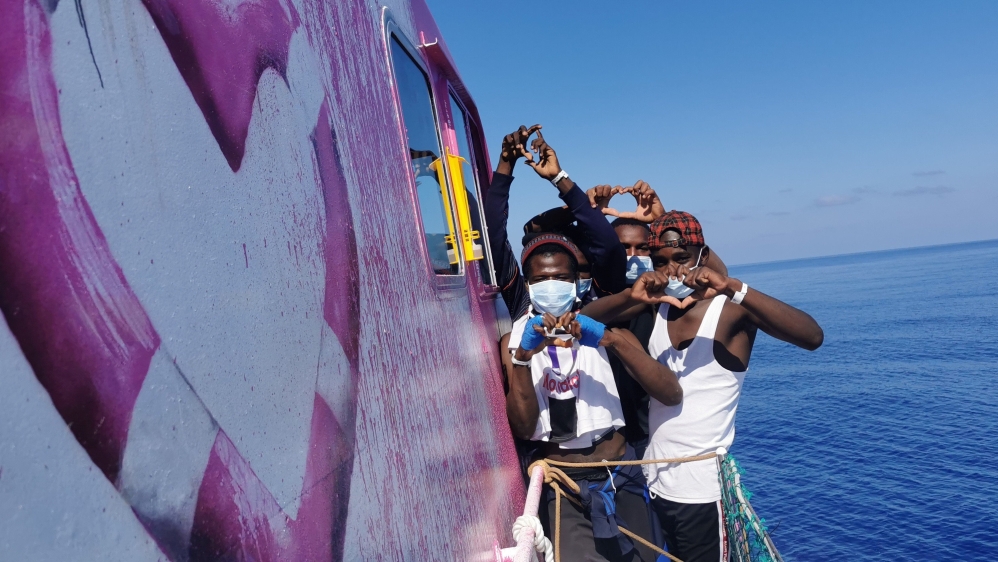 Banksy’s decision to fund the high-speed boat follows a body of work by the artist that has levelled scathing judgements on Europe’s halting response to the migrant and refugee movement.

A former French Navy boat daubed in pink and white, the Louise Michel was bought with proceeds from the sale of Banksy’s artwork, the group said.

The side of the vessel’s cabin features the artwork of a girl holding a heart-shaped lifebuoy in his familiar stencilled style.

Early this month, humanitarian organisations said they would resume rescue operations in the Mediterranean Sea, where none has operated since the Ocean Viking docked in Italy in early July.

Before the Ocean Viking’s last mission, rescue operations in the Mediterranean had been suspended for months due to the global coronavirus pandemic.

Bitcoin retail traders have a lot to lose if this happens

The smart investor's toolkit: 7 tips from personal finance professionals for building wealth through investing
We and our partners use cookies on this site to improve our service, perform analytics, personalize advertising, measure advertising performance, and remember website preferences.Ok