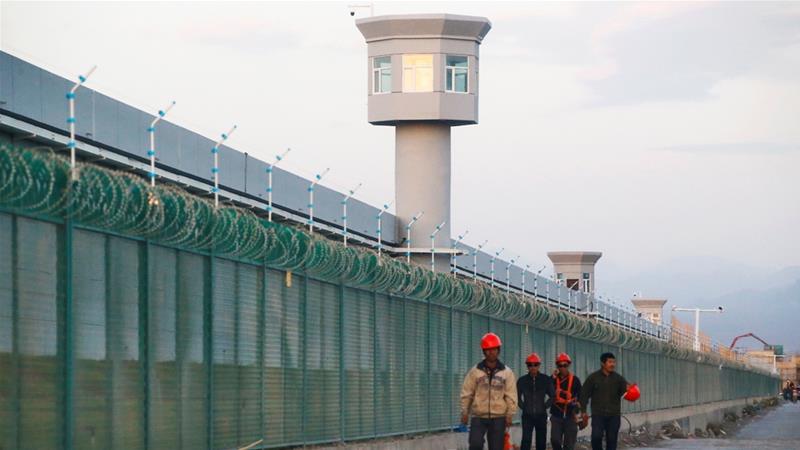 Doha, Qatar – Activists have welcomed Qatar’s decision to withdraw its signature from a letter signed last month by 37 countries expressing support for China’s policies in Xinjiang province, where about one million ethnic Uighurs and other Muslims are held in detention centres, according to United Nations experts.

The Qatari move, which was first reported by Bloomberg on Wednesday, was made on July 18, six days after the text defending China’s human rights record was sent to the UN Human Rights Council.

Several Muslim-majority countries, including Saudi Arabia, the United Arab Emirates, Bahrain, Algeria, Egypt and Kuwait, were among the 37 countries to join in the open letter.

“Taking into account our focus on compromise and mediation, we believe that co-authorising the aforementioned letter would compromise our foreign policy key priorities,” Ambassador Ali al-Mansouri, Qatar’s permanent representative to the UN in Geneva, wrote to UN Human Rights Council President Coly Seck, according to Bloomberg.

“In this regard, we wish to maintain a neutral stance and we offer our mediation and facilitation services.”

Mahmoud Mohamad, vice president of the Istanbul-based Society of Muslim Scholars of East Turkestan (SMSET), hailed the reported move by the Qatari government to remove its name from the letter.

“We are happy and welcome the fact that Qatar changed its position and ended its support for China’s policies against the Muslim Uighurs,” he told Al Jazeera.

Mohamad also called “other nations to follow Qatar’s lead and end their support for China’s policies against the Uighurs”.

“Qatar had always based its foreign policy on siding with morally just causes, especially with people aspiring to freedom and democracy in the region,” Nayef bin Nahar, director of Ibn Khaldon Center for Humanities and Social Sciences at Qatar University, told Al Jazeera.

Echoing the argument that Qatar made a “policy correction”, Mahjoob Zweiri, professor of contemporary politics of the Middle East at Qatar University, told Al Jazeera that in rescinding its support, Doha was sending a message that “it cannot close its eye” at Beijing’s mistreatment of the Uighur population.

Zweiri told Al Jazeera Qatar’s initial signing of the letter came as a “surprise” given its historic role in supporting the Palestinian cause and others in the region.

Al Jazeera reached out to several Qatari government officials for comments but did not receive a response by the time of publication.

The July 12 joint letter had lauded China’s “remarkable achievements in the field of human rights” and praised it for “protecting and promoting human rights through development”.

According to officials from the Human Rights Council, Algeria had originally coordinated the drafting of the text.

It was released as a response to an earlier letter sent to the council, in which 22 countries expressed concern about China’s conduct in the remote Xinjiang province.

“We, the co-signatories to this letter, are concerned about credible reports of arbitrary detention in large-scale places of detention, as well as widespread surveillance and restrictions, particularly targeting Uighurs and other minorities in Xinjiang,” the July 8 letter read.

China’s government denies Uighurs are being detained arbitrarily and held against their will. It says the camps are “voluntary” vocational training facilities, designed to offer job training and to stamp out “extremist” tendencies.

In January, China passed a new law that sought to “Sinicise” Islam within the next five years, the latest move to rewrite how the religion is practised. Sinification is a process of melting non-Chinese communities into the majority Han Chinese culture.

“The Chinese government is waging a cultural war against our people by trying to force us to abandon our Muslim faith and our heritage to become atheists and communists like the majority Chinese society,” the SMSET’s Abdel Khaleq Uighur told Al Jazeera.

The Chinese embassy in Doha declined to comment on this report.

No place to go: Syrian families fleeing Idlib stranded on the roads
We and our partners use cookies on this site to improve our service, perform analytics, personalize advertising, measure advertising performance, and remember website preferences.Ok