Washington Gov. Jay Inslee is dropping out of the 2020 presidential race, announcing Wednesday night in an interview with MSNBC that he does not see a path forward for his campaign.

Inslee, who has made climate change the centerpiece of his campaign, vowed he wasn’t giving up on the issue.

“I’ve been fighting for climate change for 25 years and I’ve never been so confident of the ability of the America now to reach critical mass to move the ball. I believe we are going to have a candidate to fight this battle,” Inslee said.

Inslee gained some traction following the second Democratic debate. But despite announcing this week that his campaign had reached 130,000 individual donors — part of the Democratic National Committee’s requirements to qualify for the next round of debates — Inslee likely would have lacked the polling support to make the upcoming stage in Houston.

In a Twitter thread, Inslee shared a clip of his announcement and wrote, “I know you agree that our mission to defeat climate change must continue to be central to our national discussion — and must be the top priority for our next president.”

“I will continue to lead, to demand bold action, and to do everything in my power to ensure the fight to defeat climate change stays at the top of the national agenda,” he tweeted.

While Inslee will no longer be a presidential candidate, the effects of his candidacy were clear in his ability to get his fellow 2020 contenders to speak with a greater sense of urgency on the issue he said has to be the number one priority of the next commander-in-chief.

“I know you agree that our mission to defeat climate change must continue to be central to our national discussion — and must be the top priority for our next president,” Inslee wrote in an e-mail sent out to supporters of his campaign Wednesday evening. “But I’ve concluded that my role in that effort will not be as a candidate to be the next president of the United States.”

Inslee said he will reveal his future plans imminently, and was asked by Maddow if he would seek a third term as governor, which he is eligible to do. 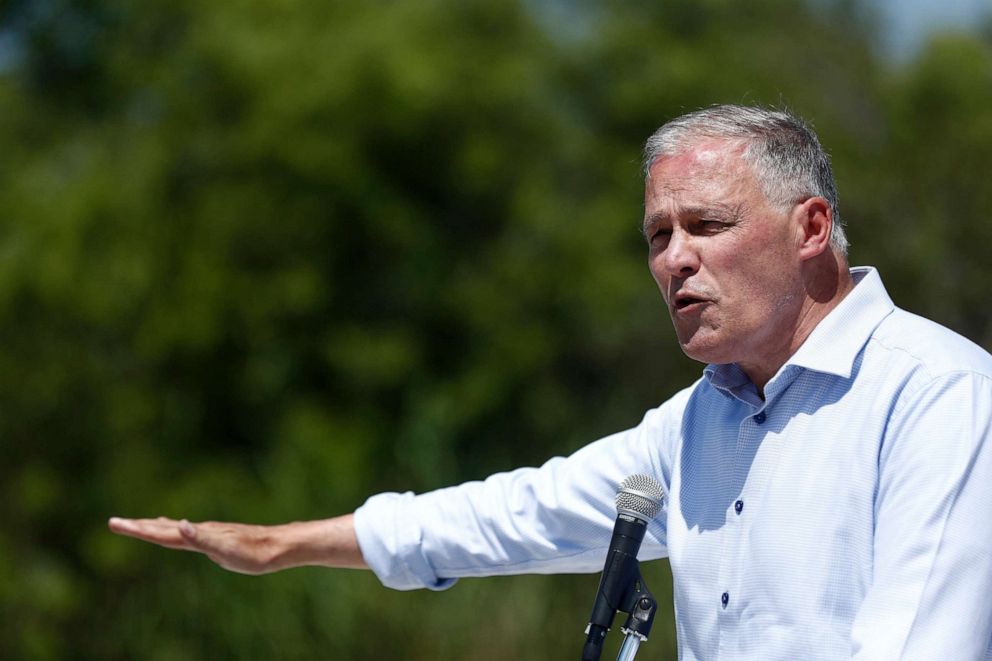 “I will have some statements tomorrow about my intentions. So you’re going to have to wait until tomorrow,” Inslee said. “I need to go back to the state of Washington and talk about what I’m going to do in my future political career.”

Inslee was the first governor to declare a run for the White House in March.

When asked on Wednesday if there are any candidates currently in the field that he would endorse, or if he supports any of their climate change plans, Inslee was non-committal but said he would ultimately support the Democratic nominee.

“I’m going to support the Democratic nominee … I’m not endorsing a candidate tonight. I think a number of them have intriguing ideas, but we need all of them to raise their game,” Inslee said.

A number of Inslee’s 2020 primary opponents took to Twitter on Wednesday evening to praise Inslee’s efforts to elevate the issue of climate change in the minds of Democratic voters.

“Congratulations to @JayInslee on his impactful campaign to bring the climate crisis to the forefront of the national conversation. There is no more important issue facing humanity. Together we will work to pass a Green New Deal and create millions of jobs,” Sen. Bernie Sanders, I- Vt., tweeted.

“Few leaders have done more to shine a light on the climate crisis than @JayInslee. His voice will be missed in this primary but I know he will continue this fight,” Sen. Kamala Harris, D-Calif., wrote on Twitter.

Sen. Elizabeth’s Warren, D-Mass., also gave her thanks to Inslee for being the climate change issue to the forefront.

“Thank you @JayInslee for fighting every day to make sure that climate change remains a primary focus of this election. Climate change is real and it’s a crisis—and I will keep fighting alongside you to take bold action before it is too late,” Warren said on Twitter.

Entrepreneur Andrew Yang also chimed in, writing, “@JayInslee is right that climate change is an existential threat to our way of life – I know he will continue to fight for the future in Washington and everywhere”