Sarah Palin offers advice to Kamala Harris: ‘Don’t forget the women who came before you’ 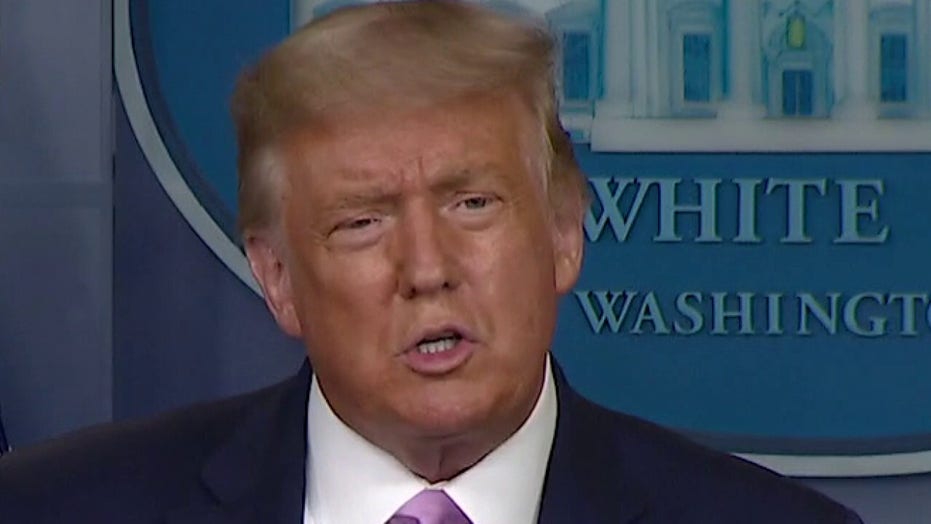 Former Alaska Gov. Sarah Palin offered Sen. Kamala Harris, D-Calif., some advice about running as a vice presidential nominee – as the California Democrat becomes only the third woman ever to do so.

“Congrats to the democrat VP pick,” Palin said in a post to Harris Tuesday. “Climb upon Geraldine Ferraro’s and my shoulders, and from the most amazing view in your life consider lessons we learned.”

Palin, who ran on the ticket with former congressman John McCain during his presidential candidacy in 2008, shared some of the knowledge she gained from her experience – largely telling Harris to be wary.

“Fight mightily to keep your own team with you – they know you, know your voice, and most importantly are trustworthy,” she added in a post that in included six sections of advice.

Palin also addressed things she specifically learned from the trail, such as an “OTR – an orchestrated campaign stop” and “Ropeline[s]” where she met with Americans to shake hands, hold people’s babies and all together meet the public.

“Every single handshake and holler and hug and smile melted my heart, energized my soul, and gave me the utmost hope in the greatest country on earth,” she wrote.

Palin also reminded Harris to never “forget the women who came before you,” including herself and former Rep. Geraldine Ferraro, D-N.Y. who was the first female to run on a presidential ticket for Vice President in 1984.

Ferraro ran with Walter Mondale who served as Vice President to Jimmy Carter. The Mondale-Ferraro ticket were defeated in a landslide election by President Ronald Reagan and his VP George H. W. Bush in November, 1984.

Ferraro was not only the first woman to run for the Vice Presidency, but also the first Italian American to do so.

Harris, who served as California’s Attorney General before entering the Senate in 2016, is running for VP as the third female candidate in U.S. history, and the first Black and South Asian-American candidate.

“This IS the greatest country in the world and hopefully you’ll be blessed beyond belief, like I was, with meeting new people from all walks of life and see just how great it is,” the former Alaskan governor said.

Palin, a Republican, and the VP candidate on the McCain-Palin ticket, participated in a debate shortly before the 2008 election against, then-VP candidate Joe Biden.

The 90-minute debate started with a friendly encounter as the two shook hands and she asked if she could call him Joe. According to Palin’s memoir, she didn’t realize her mic was hot.

“More to come…including one of the funniest things in my life, right before my debate with Sen. Joe Biden… stay tuned,” Palin said concluding her post by alluding to the her first encounter with former VP Biden.

Biden announced Harris as his running mate earlier in the day.

“@JoeBiden can unify the American people because he's spent his life fighting for us. And as president, he'll build an America that lives up to our ideals. I'm honored to join him as our party's nominee for Vice President, and do what it takes to make him our Commander-in-Chief,” Harris said in a tweet Tuesday.

Jeffrey Gundlach Tells Realtors in Low-Tax States to ‘Give Me a Call’
We and our partners use cookies on this site to improve our service, perform analytics, personalize advertising, measure advertising performance, and remember website preferences.Ok