(Reuters) – U.S. Republican Dan Bishop pulled slightly ahead of Democrat Dan McCready as results rolled in from a special congressional election in North Carolina, with both parties watching to see whether President Donald Trump’s Republican Party could keep its grip on a long-held seat.

Republicans won a special election in another district in the state where they had been expected to do so. Republican Greg Murphy defeated Democrat Allen Thomas for a seat left vacant by longtime Republican Representative Walter Jones’ death in February, the Associated Press said.

But all eyes were focused on North Carolina’s sprawling 9th Congressional District, where Bishop had a thin lead over McCready. With about 66% of the precincts reporting, Bishop led McCready by 50.27% to 49.16%, according to state board of election results.

The suburban-rural area in the southeastern part of the state has been represented by Republicans in Congress since the 1960s and voted for Trump by about 12 percentage points in 2016. A special congressional election was ordered after last year’s voting was tainted by fraud.

Both Trump and Vice President Mike Pence flew to North Carolina on Monday for last-minute campaigning with Bishop, a 55-year-old state senator who has embraced Trump’s policies and politics.

“You have a Democrat named Dan McCready, and he wants open borders, he wants sanctuary cities, he’s not going to protect your Second Amendment,” Trump told a rally in Fayetteville, referring to the constitutional right to bear arms.

Earlier on Tuesday evening, local Republicans sought an extension of voting hours in one precinct in Union County, a suburban Charlotte county that some analysts say could be a battleground in the race.

The State Board of Elections took no action on that request, but later agreed to extend the voting for 25 minutes past the scheduled 7:30 p.m. EDT closing time in another precinct, in Mecklenburg County.

McCready encouraged voters to head for the polls and wrote on Twitter just after they had closed that people should “stay in line! If you were in line by 7:30 pm, election officials must let you vote. This race is gonna come down to just a small number of votes,” he wrote.

A Republican victory would help the party launch a comeback effort to wrest the House of Representatives away from Democrats after losing 40 seats and overall control in House elections last year. 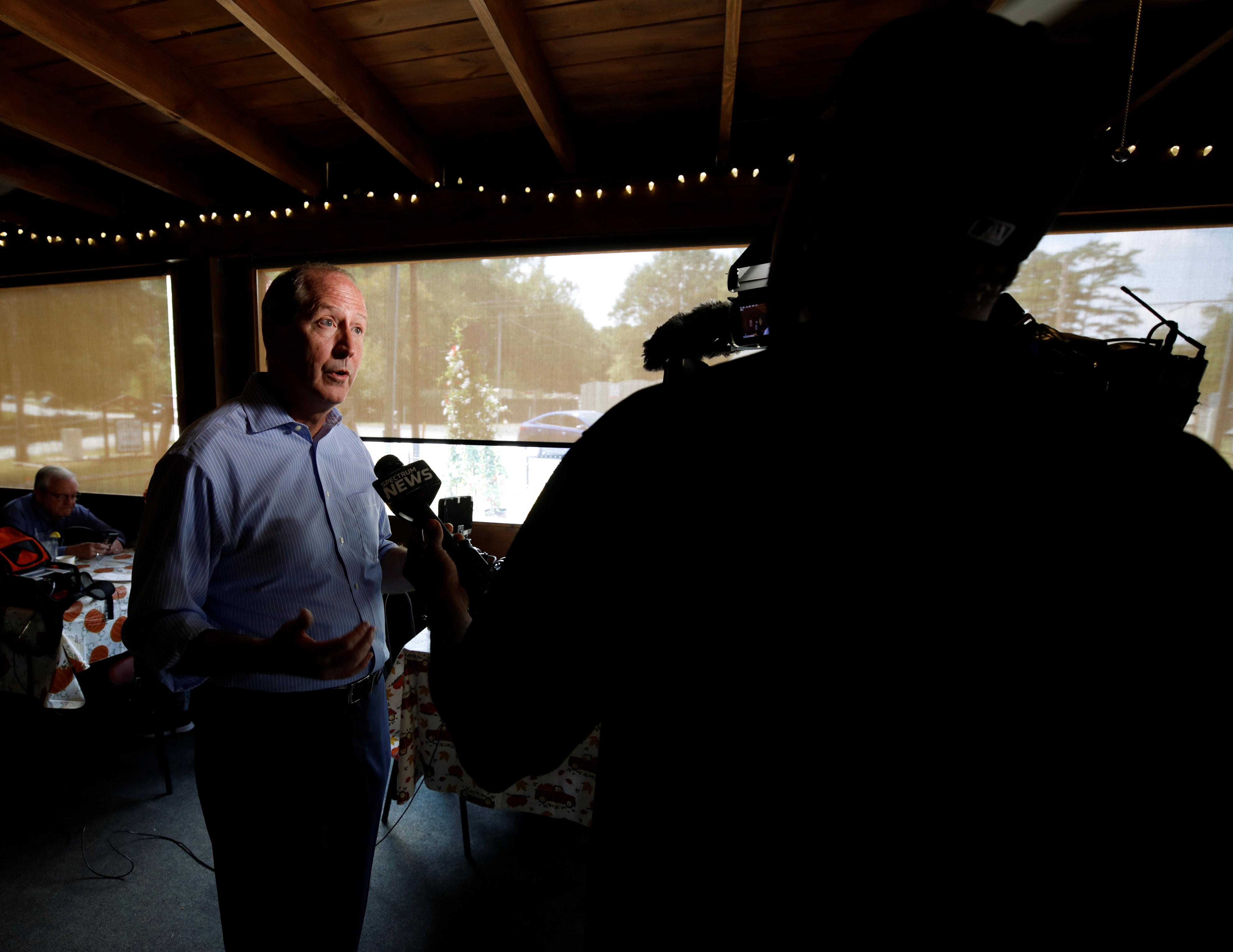 A Democratic win would send hopes soaring that 2018 was not necessarily their high-water mark as they aim to lure more voters away from Trump and his fellow Republicans in 2020 elections to Congress and the White House.

The North Carolina contest was the second most expensive special election for a House seat in U.S. history, according to the Center for Responsive Politics, which said candidates and outside groups had spent more than $18 million to fill the airwaves with ads.

Only a 2017 race in Georgia cost more, when Republican Karen Handel beat Democrat Jon Ossoff in a $27 million blitz.

North Carolina’s 9th District was already getting more competitive in 2018, when McCready lost narrowly before state officials ruled the election was tainted by an absentee-ballot fraud scheme that benefited his then-opponent, Republican Mark Harris. A new election was ordered, and Harris declined to run again.

Republicans nominated Bishop, who has campaigned on taxes, the economy and immigration. He has echoed Trump’s political themes, asserting that McCready “admires socialism” and linking him to the “Squad,” a group of progressive Democrats in the House who Trump has repeatedly attacked. 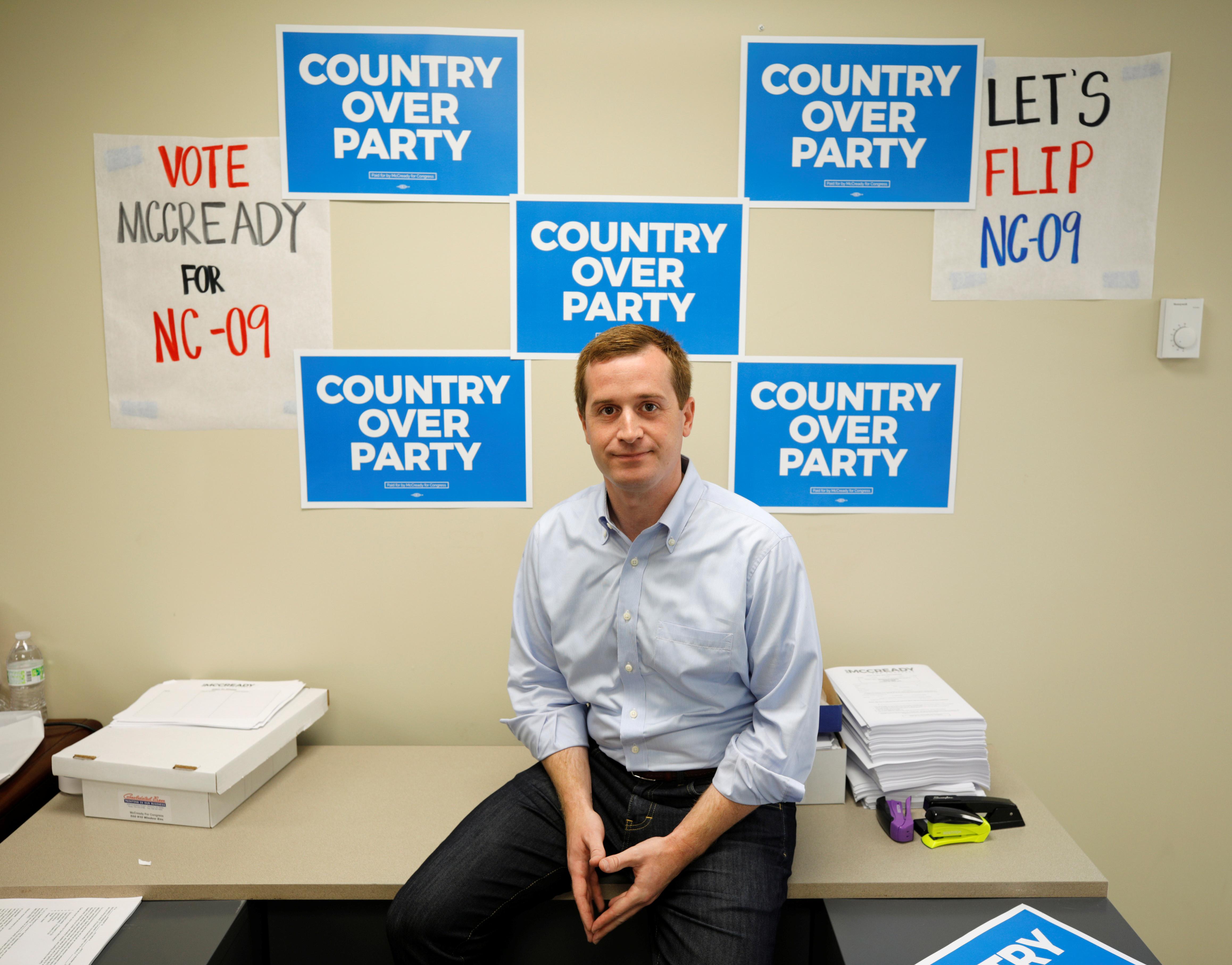 “I share your values. I’m not ashamed of your values,” Bishop told attendees at the rally with Trump on Monday. “I’m going to defend your values in Washington D.C.”

McCready, a 36-year-old small-businessman and U.S. Marine Corps veteran, has sought to steer the campaign discussion away from Trump and onto issues such as healthcare, education and teacher pay.

He has labeled Bishop, who sponsored a 2016 measure in the state legislature restricting public restroom access for transgender people, as a “career politician.”

A wave of recent Republican retirements from the House has fueled speculation that Republicans fear they will not win back the majority in that chamber next year. They will need to gain 19 seats to regain the majority, or 20 if they lose North Carolina’s 9th District on Tuesday.