Rep. Jeff Van Drew: Why I left Democratic Party – and how GOP keeping US strong, prosperous 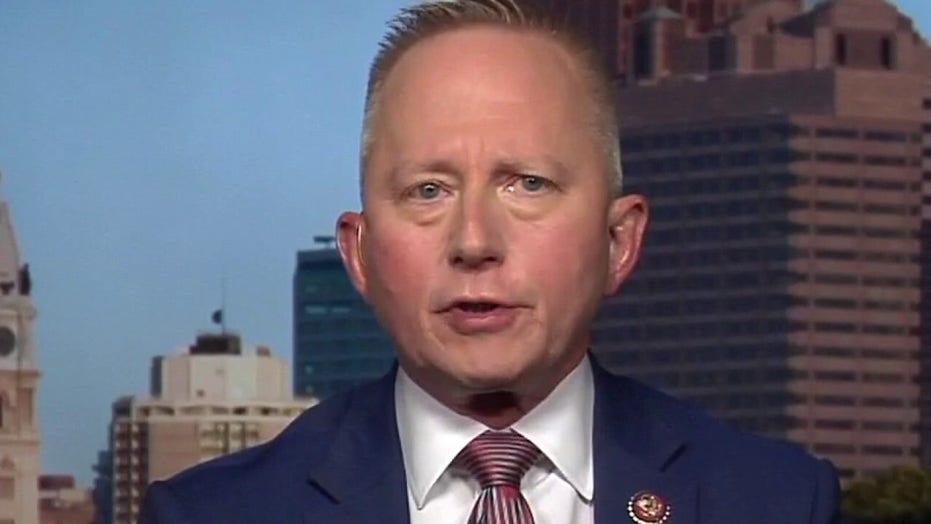 America was founded by statesmen who were guided by strong moral and political principles. These principles have allowed this nation to flourish and continually improve itself.

Often this has been a painful process, one that has been frequently stained by the blood and tears of the generations that have preceded us. Today, these fundamental principles are being attacked by zealous partisans who want to attack the moral and political foundations of our society and start completely anew.

This is our chance to stand up for America.

My decision to leave the Democrat Party was one that was not entered into lightly. The pressure of party bosses, activists, and even my colleagues, was great, but the Democrat Party has changed. It is no longer the party that my grandparents and I grew up admiring.

It is not the party that once allowed for and encouraged free thought and robust debate. Now, it is a mob that drives policy decisions with the goal of starting over with a new system of governance.

I was always told that Republicans would marginalize me, push me aside and treat me like dirt. This could not be further from the truth. I have been welcomed with open arms, and even when I have disagreed on some issues, my views have been respected.

The picture of Republicans that is painted by Democrats and their allies in the media is mostly false; in fact, many of my former colleagues firmly believe the Republican Party is the sole cause of many societal ills.

It is this unjustified logic that allows them to treat their colleagues, their constituents and their fellow citizens with disdain and call them deplorable, or worse. We must work in concert to keep America unified and push back against that ignorance.

We cannot stand by and idly watch; we must be actively involved in the fight for this nation.

I have never been driven by partisan politics, only a desire to better the lives of my constituents.

America is under immense pressure to turn its back on the things that have made it exceptional. Make no mistake, many proposals put forth by the House majority in this Congress, while cloaked in the language of good intentions, are not governed by truth and are communistic in nature.

Many continue to run away from America. I cannot – I must run toward America. I will fight for my district, my state, and my nation.

Winston Churchill once stated – “…that democracy is the worst form of government except for all those other forms that have been tried.” America is not perfect, but it is better than every alternative.

I will always be focused on supporting proposals that keep America strong and prosperous. We must continue to provide our society with the opportunities on which our past, present and future generations have and will continue to thrive.

We cannot stand by and idly watch; we must be actively involved in the fight for this nation.

I love America and the opportunity for which it stands. We must continue to improve ourselves without destroying all the values that have made us great.

APY.Finance raises $3.6M investment from leading investors
We and our partners use cookies on this site to improve our service, perform analytics, personalize advertising, measure advertising performance, and remember website preferences.Ok