Members of Congress introduced the Native American Voting Rights Act last week amid an ongoing wave of voter suppression bills in Republican-run states that make it harder for Native people to vote.

The bill was introduced in the House on Aug. 13 by Reps. Sharice Davids (D-Kan.) and Tom Cole (R-Okla.), who are both Native American, and in the Senate on Aug. 10 by Sen. Ben Ray Luján (D-N.M.), whose state is home to a large Native population. It would provide equal access to voting on reservations while countering the explicit discrimination Native people routinely face from hostile state and local governments.

“This landmark voting rights legislation will protect the sacred right to vote and reduce barriers for voters living on Tribal lands – bringing more voters into the electoral process,” Luján said in a statement. “With more Senate co-sponsors than ever before, I’m proud of the momentum that is building for this legislation. Native American voting rights must be part of the national conversation.”

The bill would require states to provide voter registration and polling locations and drop boxes for mail-in ballots on all reservations. It would allow Native voters to list a general reservation mailing address on their voter registration and identification while mandating states that require voter identification to accept tribal identification. And it would require election officials to justify any reduction or disparity in election access in Native communities.

“This bill further fulfills our federal trust responsibility to protect and promote Native Americans’ exercise of their constitutionally guaranteed right to vote,” Davids said in a statement. 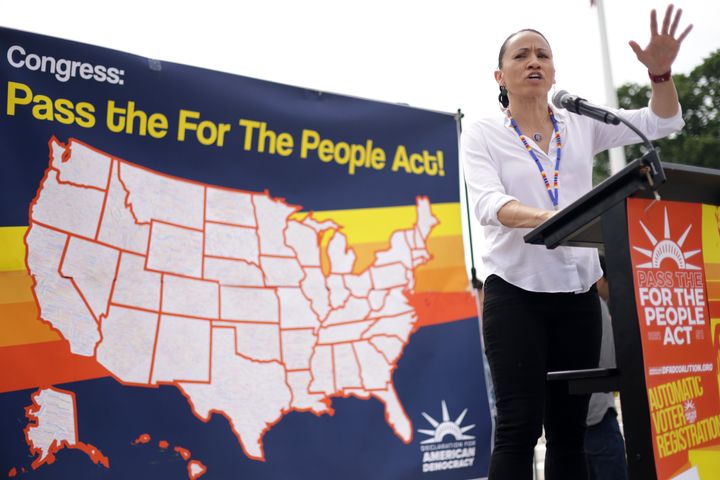 A 2020 report by the Native American Rights Fund found that Native peoples still face “first generation barriers ― actual barriers to voting” that are preventing them from registering to vote, casting their ballots and exercising political power. These barriers include geographic isolation, untraditional addresses, lack of or limited mail delivery, and language access issues.

These obstacles are compounded by deliberate exploitation and discrimination by state and local politicians and election officials who seek to make it harder for Native people to vote.

“Native Americans face absurd discrepancies in voting compared to their non-Native counterparts, and those discrepancies are being taken advantage of,” said Jacqueline De León, staff attorney for the Native American Rights Fund. “We need federal action.”

This exploitation is seen in the unequal access to polling locations on Native reservations, where some reservation residents must travel more than 100 miles to register, vote or correct a ballot cast early. It is visible in the restrictive voter identification law enacted in North Dakota in 2013 that narrowed voter ID requirements to those listing a residential street address, which many reservation residents lack and tribal IDs do not contain.

Since ex-President Donald Trump lied that he didn’t lose the 2020 election and directed an insurrection against the U.S. Capitol to overturn the election results, more and more Republican-run states have enacted laws to suppress the vote in communities that disproportionately voted for President Joe Biden and other Democratic candidates. Native voters have been specifically targeted with new voting restrictions in states like Arizona and Montana, which have large Native populations that provided strong support for Democrats.

In Montana, for example, Republicans enacted a new restriction in 2021 limiting the third-party collection of mail-in ballots, despite a federal court striking down a similar law in 2020 for its discriminatory impact on Native voters. Enacting a nearly identical law a year after the court’s finding “is intentional discrimination and will increase barriers to voting for Native Americans on reservations in Montana,” according to a July report by the Montana Advisory Committee to the U.S. Commission on Civil Rights. 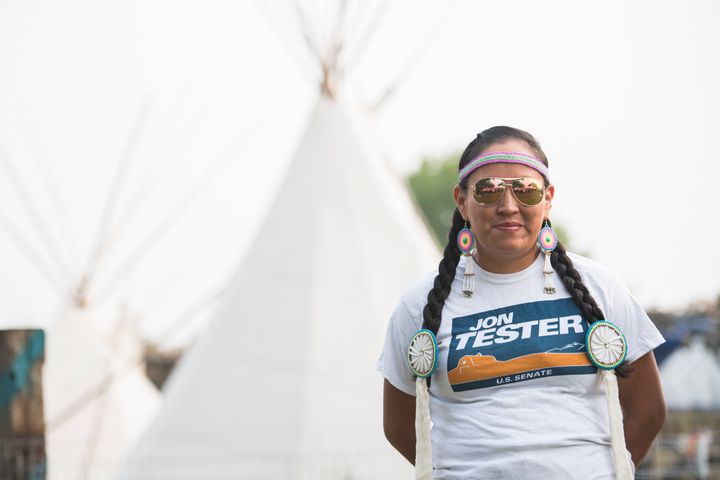 There is no immediate action scheduled for the bill at the moment, but it arrives as Congress is expected to focus heavily on the issue of voting rights in September.

Senate Majority Leader Chuck Schumer (D-N.Y.) promised the Senate would focus on voting rights after Republicans blocked debate on the For The People Act, a sweeping package of voting rights, campaign finance, redistricting and ethics reforms, for a second time on Aug. 11. Meanwhile, the House will vote the week of Aug. 23. on the John Lewis Voting Rights Advancement Act, which would restore elements of the Voting Rights Act of 1965 gutted by the Supreme Court’s conservatives.

The sponsors of the Native American Voting Rights Act see it as a standalone bill focused on Native sovereignty, but Native rights advocates want any voting rights bill that passes Congress to include the key elements of their bill protecting Native American voting rights.

A group of eight Senate Democrats is still working on crafting a compromise version of the For The People Act to meet the desires laid out by Sen. Joe Manchin (D-W.Va.) after he expressed opposition to the bill. Manchin expressed strong support for the Native American Voting Rights Act as recently as March when he called for the passage of bipartisan voting rights legislation.